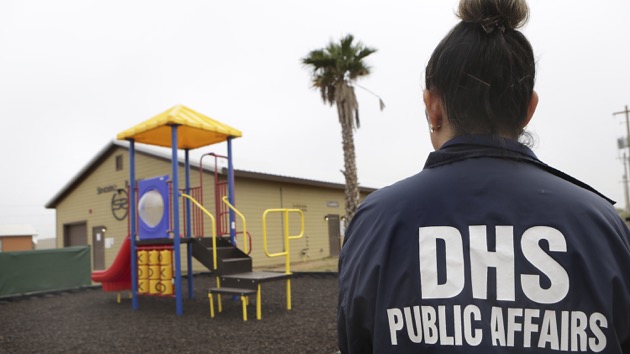 For months at a time, desperate Central American mothers and their children seeking asylum in the United States encounter little access to legal counsel, inadequate health care, and even alleged extortion and sexual assault by guards in detention facilities.

On Wednesday, Department of Homeland Security Secretary Jeh Johnson offered some hope, announcing reforms that could allow the release of hundreds of women and children on bond if they’ve successfully shown a “credible or reasonable” reason for seeking relief.

The changes came a week after Johnson visited a detention center in Karnes City, Texas, one of three facilities that house families that have illegally crossed into the United States from places like El Salvador, Guatemala, and Honduras. On a recent trip with other House Democrats, Rep. Zoe Lofgren (D-Calif.) described it as a “jail camp.” In late May, Lofgren et al. wrote a letter to Johnson calling for an end to family detention facilities.

“In short, once a family has established eligibility for asylum or other relief under our laws, long-term detention is an inefficient use of our resources and should be discontinued,” Johnson said in a statement.

As Mother Jones has previously reported, the number of women detained with their children nearly quadrupled between 2013 and 2014, as more and more people have fled Central America’s so-called Northern Triangle to escape violence and poverty. Immigration activists point to both the high financial cost of housing these families ($343 per day for each detainee in a family unit) and the psychological toll such detention can have on families as reasons for shuttering centers completely.

In May, USCIS discontinued using “general deterrence” as a factor in detaining families at the residential centers. A lawsuit filed by the ACLU in December highlighted a no-release policy the government used for keeping women and children detained even after passing credible-fear interviews.

Shelly Pitterman, head of the United Nations High Commissioner for Refugees’ office in Washington, DC, said in a statement the Obama administration’s actions were a “step in the right direction.” The agency found that the number of people seeking asylum from Mexico and Central America jumped 1,200 percent between 2008 and 2014.

Wang agreed with Pitterman, but insisted the measures did not go far enough. “They need to end family detention altogether,” Wang said Wednesday. “We should not be locking up children.”