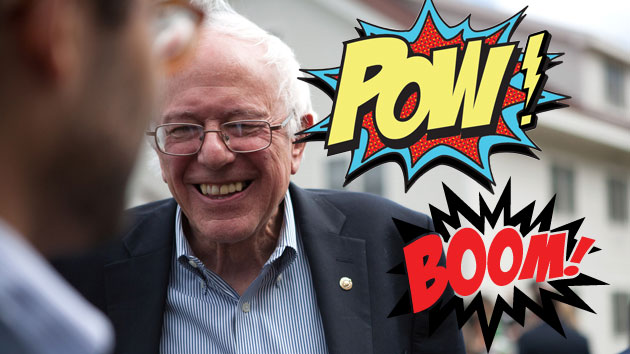 Vermont Sen. Bernie Sanders has a few things in common with a superhero from the Marvel universe. The Democratic presidential candidate bills himself as an underdog waging battle against evil tycoons who exploit the citizenry in pursuit of cartoonish riches. A band of loyal followers hangs on his every adventure. And some people think he’s from another planet.

His is an unconventional campaign, so it was only logical that in May he picked an unconventional operative to run it—the owner of a comic book shop. A longtime Sanders friend and advisor, Jeff Weaver had worked on Sanders’ campaigns and in his Washington offices for more than two decades. But before he came on board Bernie 2016, Weaver had retired from politics to launch one of the DC-area’s biggest gaming businesses.

Weaver met Sanders in 1986, when the then-mayor of Burlington was running for governor as an independent. Weaver had just returned home to Vermont after being suspended from Boston University for unveiling an anti-apartheid banner in his dorm room across from the school president’s office. Sanders’ unabashedly lefty politics struck a chord, and Weaver volunteered to drive Sanders around the state as he campaigned (unsuccessfully) for governor. A few years later Weaver launched a campaign of his own, running for alderman in his hometown of St. Albans. He lost, conceding the race with a decidedly super-villainish pronouncement: “People haven’t seen the last of Jeff Weaver.”

After Sanders was elected to the House in 1991, Weaver joined his staff as legislative assistant, eventually working his way up to chief of staff. He managed Sanders’ successful 2006 Senate campaign, staying on as the senator’s right-hand-man. But after a few more years on the Hill, Weaver decided he needed a break from politics. He’d spent decades building up his own comic-book collection, and during his down time, he’d often travel to conventions to hock his wares and hunt for bargains. In 2009, a few months after leaving Sanders’ office, Weaver opened Victory Comics in Falls Church, Virginia. “Sometimes you need to recharge your batteries a little bit,” Weaver says. “This was something I always wanted to do.”

The 3,500-square-foot shop features new releases, back issues (the most expensive item in the shop right now is a $5,500 copy of Hulk No. 1), and a back room for games ranging from Settlers of Catan to Fortress America, which—stop me if you’ve heard this one—postulates an invasion of the United States by European socialists. Business is good. On a typical Wednesday night, 60 people might show up for Victory’s Magic: the Gathering, Heroclix, and Dungeons and Dragons competitions. It’s the largest combined comic and gaming space inside the Beltway.

But the centerpiece of Weaver’s collection isn’t on display. His Victory Comics bio boasts that he is “the co-discoverer of the Lost Valley Pedigree Collection—an original Golden Age pedigree collection that consisted of many of the most significant and well preserved examples of comics from the dawn of the hobby to the 1950s.” A pedigree is a massive cache of vintage comic books, in good condition, that originated with a single source—usually an old-time collector. Basically, it’s the comic-book collector’s equivalent of the Comstock Lode. Weaver puts the value of the total collection, which he and his friend have been selling off in pieces, in the low seven figures. They found the collection—which they dubbed “Lost Valley”—in 2003, in an eBay listing posted by a World War II cryptographer living in the Shenandoah Valley.

“It was an older couple who had to sell it—they had some financial problems,” he explains. “They had it appraised, they had a sense of how much it was worth. They were beautiful books for someone who’s in the hobby. Many of them were the best-preserved copies of those particular issues.” 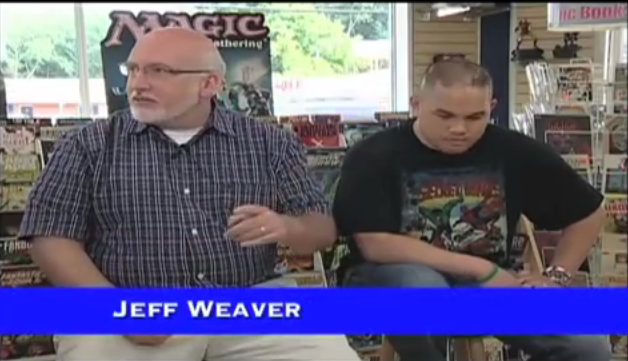 The collection, which originally totaled nearly a thousands titles, included gems like the first 27 issues of Detective Comics (which included Batman’s debut) and obscure items such as an American Cancer Society-funded cartoon about a quack doctor named Phineas P. Fraud.

In May, Weaver took a break from Victory Comics to pursue another old hobby: helping Bernie Sanders win an election. Weaver managed Sanders’ first senate campaign, in 2006, which he won by 33 points, and worked on his earlier congressional campaigns, including the 1991 race for a US House seat that gave the ex-mayor his break in Washington. He’ll be in familiar company. Sanders adviser Tad Devine was also involved in the 2006 campaign and an earlier congressional run. Field director Phil Fieremonte, a former Burlington city councilman and state director for Sanders’ senate office, has worked for the candidate for 16 years. Communications director Michael Briggs has been Sanders’ spokesman since he became a senator. In putting together a campaign apparatus, Sanders is sticking with the people who got him where he is.

A recent poll put Sanders just 8 points behind former Secretary of State Hillary Clinton in New Hampshire, but he still trails substantially in national surveys. And while the senator raised an impressive $15 million in small-dollar donations in the first three months of his candidacy (including $850 from the Incredible Hulk himself, Mark Ruffalo) this haul is a pittance compared to Wayne Enterprises-esque cash reserves of the Clinton machine. Building a coalition that can win a delegate contest might require some kind of superhuman effort. Fortunately, Weaver says, Sanders has a few qualities that fit the bill.

“Truth, justice, and the American way—that’s Bernie,” Weaver says. “It’s also associated with Superman; I didn’t just come up with that.”