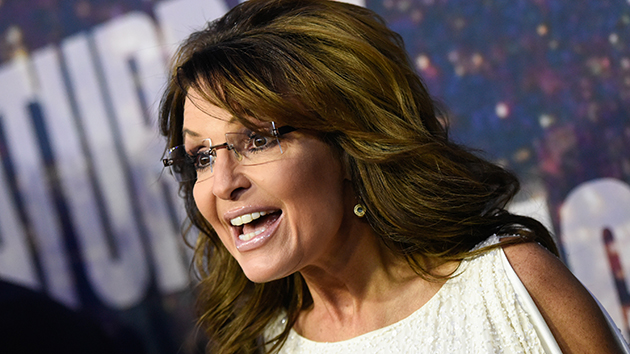 You’ll probably be hearing a lot about death panels these next few days.

That’s because Medicare, the federal insurance program for elderly Americans, wants to start reimbursing doctors for having conversations with their elderly patients about death. Those talks might cover things like how much medical treatment a person is willing to endure in exchange for the chance of a few more months on the planet, and the circumstances under which a person would prefer to let go.

Similar ideas were stripped out of the the Affordable Care Act after that great medical intellect Sarah Palin started using the provocative term “death panels” to describe them. It was picked up by Obama-haters everywhere and the end-of-life counseling notion was soon declared DOA. A lot of media outlets used the language to describe Medicare’s announcement Wednesday:

You can pretty much count on the death-panel trolls crawling back—some of them might even be running for president.

Times have changed, and we’ve probably gotten smarter on this, but you can count on some of the old death-panel trolls to come crawling back—and some of them might even be running for president. We’ll see. In any case, they will be profoundly and tragically wrong. The proposed conversations will not only save the healthcare system a bundle, they will improve the quality and duration of people’s final days. Even tea partiers will benefit from the policy, which, if it survives its critics, will almost certainly be adopted by private insurers. (Some are already doing it.)

It’s worth reviving an exchange I had with the author, surgeon, and New Yorker staff writer Atul Gawande, whose best-seller “Being Mortal” covers this very topic. Here we’re discussing the short-sightedness of hospitals (given the aging Boomer population) for cutting back on doctors who specialize in elder care.

Atul Gawande: It’s total insanity! And hospitals are doing it because we’re not valuing those capabilities in society. No one is clamoring for geriatricians. You know, if we took away the ability to put defibrillators in people in their last years, people would be shouting in the streets. But take away the capacity to see a geriatrician and there isn’t a murmur. Because it requires admitting that we have mortal lives. The second part of it is that these are the lowest paid people in the profession and the fact that we value those skills so poorly. It’s foolish: These are folks that keep people out of hospitals, out of emergency rooms, out of nursing homes. And not only that, they help people achieve more fulfilling lives. We’ve clearly got the priorities wrong.

MJ: There’s also hospice, which we see as this program you go into when you’re about to die. But it turns out that’s kind of ironic, right?

“The group who had those conversations chose to stop their chemotherapy sooner. They had fewer days in the hospital. They were less likely to die in an ICU. They lived 25 percent longer.”

AG: Yeah. The evidence is that people who enter hospice don’t have shorter lives. In many cases they are longer. I kept a series of studies that really help bring it out. One looked at lung cancer patients who were at stage four and lived on average only 11 months. Half of them were randomized to usual oncology care, the other half randomized to oncology care plus early discussions with palliative care physicians who would discuss the patients’ aims and goals for the end of life. The group who had those conversations chose to stop their chemotherapy sooner. They had fewer days in the hospital. They were less likely to die in an ICU. They started hospice earlier, and they lived 25 percent longer. And that’s largely because, you know, that fourth round of chemotherapy or that last ditch operation is vastly more likely to be causing you harm than it is to be providing you benefits. So over and over again we end up sacrificing people’s lives and making them more miserable—which is just bad decision-making all around.

MJ: You’d think insurers would be clamoring for more geriatricians. I think the way you put it in the book is that, if these end-of-life discussions were an experimental drug, the FDA would immediately approve it.

AG: Yeah. You know, we had this difficult time politically where the notion that these conversations are really important got polarized. Part of the reason I wrote this book is to try to pave a path beyond that polarized discussion. I think we can easily value having these conversations, but the question is, what kind of conversation? If the conversation people think is coming is the “death panel” conversation, like “Yeah, you can’t have the kind of care that you want,” that’s a total failure. If the conversation that we reward doctors to take the time for are conversations about, “What are your priorities in life, and how do we make sure that we’re not sacrificing them as we go along this course of care?” That’s what the evidence indicates will make a huge difference.

You can read the rest of the interview here. In the meantime, maybe we could all just put aside our political differences for once, think about our moms and pops, and start calling these conversations what they actually are: wise and compassionate.