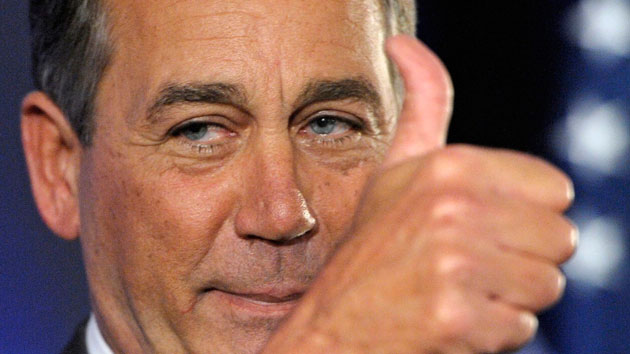 In November 2009, he and other GOP leaders hosted an anti-Obamacare rally at the Capitol, where enraged protesters chanted, “Nazis, Nazis,” in reference to Democrats working to enact the Affordable Care Act. Boehner never tried to tamp down this sort of conservative anger. He did not tell the birthers to knock it off. He encouraged Obama hatred, allowing the Benghazistas to run free and filing a lawsuit against Obama to satisfy the Obama haters. Ultimately, he became a prisoner of these passions, and his speakership became mainly about one thing: preserving his own job.

This is all true enough. Allow me to present an alternative view: I kind of like John Boehner, and so should you.

He was (and is) a well-drawn character in a city of empty suits, a man who wore his emotions on his super-tanned face. It seems appropriate that Americans’ lasting image of Boehner will be of the Republican speaker of the House standing behind Pope Francis as the leader of the church addressed Congress, and again shortly afterward as he addressed a crowd outside the Capitol. Boehner’s face was puckered; he looked as if he might be chewing on his own tongue. As usual, he was in tears.

Boehner never took many steps to mask his essential Boehner-ness. He reeked of cigarettes (according to Paul Ryan), and drank merlot while negotiating with President Barack Obama (according to Boehner). He always seemed to be crying. Even his favorite haunts were in character. There is a mediocre Tex-Mex restaurant right across the street from the Capitol, where Ryan used to wait tables, but Boehner was a regular at Guapo’s in Northern Virginia instead. The place is known for its extra-strong margaritas.

At dinner at Guapo’s in Shirlington. John Boehner just walked in. He went straight for the bar.

In 2014, he very enthusiastically released a how-to video on brining a Thanksgiving turkey. Months earlier, he filmed himself cutting grass.

Boehner’s one true love, other than wine and cigarettes, was Pete’s Diner, a Capitol Hill joint where he ate breakfast every morning. Pete’s Diner was John Boehner’s Joe Biden’s Amtrak, to the point that when Esquire asked him to offer an endorsement—it could be of anything—for a 2014 issue, he offered this vaguely Eeyorish pitch for Pete’s:

I sit at the counter in jeans and a ballcap. Order eggs, and sometimes sausage, but never on Fridays. (And never the bacon. My diner makes lousy bacon. I don’t know why.) I’m there maybe 15, 20 minutes.

It’s pretty much the same thing on the road. I’m always looking for new diners, and when I find one I like, I stick with it.

It’s an anchor to my day, a way to feel like I’m home in Ohio no matter where I am. That’s why I endorse breakfast at a diner.

I sit at the counter in jeans and a ballcap.  Order eggs, and sometimes sausage, but never on Fridays.  (And never the bacon.  My diner makes lousy bacon. I don’t know why.)

Look at John Boehner calling out his own diner for making lousy bacon in the pages of one of the world’s most prestigious magazines. And people say he didn’t lead!

The good people at White Castle agree with me. In 2011 the fast-food chain inducted Boehner into its prestigious Cravers Hall of Fame. According to a press release, “As part of the induction ceremony, Speaker Boehner was given a commemorative plaque engraved with a 1963 image of White Castle’s Cincinnati restaurant #11, where he frequented as a young boy.” They didn’t give out those plaques to just anyone; Boehner is joined by luminaries such as Kal Penn, John Cho, and Alice Cooper. The rock god himself!

Boehner was in some respects just another middle-aged man trapped in a dead-end job, fending off challenges from younger, more energetic coworkers while cleaning up the messes of his less functional colleagues. Imagine being asked to manage a team that included both Steve Stockman and Louie Gohmert. You’d probably need a cigarette and a glass of merlot, too.

From a policy standpoint, Boehner was often woefully misguided. From a leadership standpoint, he was often flailing. In a few years, he will almost certainly make a very effective lobbyist for causes you don’t like. But if you accept the premise that the next speaker of the House will be—like Boehner—a conservative, anti-abortion, anti-spending Republican who doesn’t like Obama’s agenda and wants to do whatever he can to stop it, you just might learn to miss America’s Republican Dad.