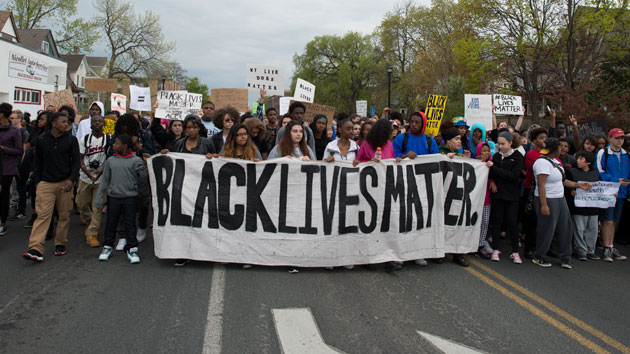 In the wake of last Friday’s murder of a Harris County, Texas, police deputy, Fox News pundits have bent over backward to find a way to connect the killing to the Black Lives Matter movement. A guest on the Fox talk show The Five on Monday called the movement a “criminal organization,” and several hosts, including Bill O’Reilly, described it as a “hate group.”

Harris County law enforcement officials have yet to determine a motive for the shooting, and suspect Shannon Miles had been found mentally incompetent to stand trial on a felony assault charge in 2012. But that hasn’t stopped Fox News from showing a recent clip of protesters at the Minnesota State Fair chanting, “Pigs in a blanket, fry ’em like bacon,” as pundits discussed the Texas killing, or from running inflammatory on-screen banners that read “Murder Movement” and “Black Lives Matter Taunts Cop Killings.”

But this is not a new tactic from the right. Conservatives have long attempted to discredit black social movements by casting them as criminal. In fact, the law-and-order rhetoric they’ve espoused since the civil rights movement was invented to do just that.

In the 1950s, for example, Southern conservative lawmakers and law enforcement officials argued that acts of civil disobedience by black civil rights activists violated the law, and they criticized support for civil rights legislation as rewarding lawbreakers. Federal courts that struck down Jim Crow laws, they chided, were soft on crime.

The number of peaceful protests dwarfs the number that have seen looting, but conservative pundits insist Black Lives Matter protesters are “thugs” and that the movement’s rhetoric encourages violence.

This rhetoric went mainstream in the late 1960s following the major civil rights victories of the decade. Richard Nixon and avowed segregationist George Wallace both ran on law-and-order platforms in the 1968 presidential election. In his speeches and political ads, Nixon appealed to the “non-shouters and non-demonstrators” who were “not racist” and “not guilty of the crime that plagued the land,” contrasting them with protesters who had “cities up in smoke,” a thinly veiled reference to the race riots of the decade. Nixon blamed the courts for “going too far in weakening the peace forces against the criminal forces.” He used this coded language to appeal to racist voters at a time when overt racism was becoming less socially acceptable.

Conservative politicians, pundits, and voters continued using this language to rail against the Black Power movement in the 1970s and tie organizations like the Black Panther Party to neighborhood crime and increased drug use. They pointed to the ongoing race riots and the increase in urban crime that accompanied the migration of black Southerners to Northern cities during that period, as evidence that the Panthers’ philosophy of armed self-defense was contributing to violence and criminal activity. Nixon declared the war on drugs in 1971, prior to the explosion of the drug trade mid-decade, in a tough-on-crime move that functioned as a crackdown on the black people and communities that were supposedly “causing” crime, and the philosophy of racial equality that had contributed to it. (And similarly coded language was used to justify criminal-justice policies that targeted black communities and produced the nation’s mass incarceration crisis in the late 1980s and 1990s.)

Now Fox News has targeted the Black Lives Matter movement in the same way. The movement is calling for an end to violence, and its national voices have condemned violence against the police on numerous occasions. But the right insists it is to blame for murders of police officers. The number of peaceful protests dwarfs the number that have seen looting and property destruction, but conservative pundits insist Black Lives Matter protesters are “thugs” and that the movement’s rhetoric encourages violence. Just as they sought to discredit the movement to upset the Jim Crow social order, these right-wing voices now seek to discredit the movement to upend the current system of racist policing.

Murders of police aren’t the fault of the Black Lives Matter movement. But don’t expect to hear that on Fox News anytime soon.