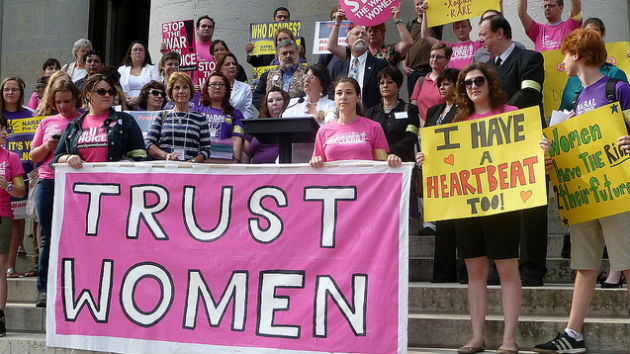 On Thursday, Senate Republicans will have their second chance in as many months to block federal money for Planned Parenthood. But defunding the country’s largest women’s health care network would come with a big price tag for taxpayers: According to a report released this week by the Congressional Budget Office, the move would end up costing an additional $130 million over the next decade.

What’s the biggest way banning funding for Planned Parenthood could come back to haunt the budget? More babies.

While the organization’s contraceptive services now help prevent an estimated 516,000 pregnancies each year, the CBO suggests that number would drop if funding were cut: As many as 25 percent of Planned Parenthood users would face reduced access to care, and some of those patients might effectively be forced to go without birth control.

“The people most likely to experience reduced access to care would probably reside in areas without access to other health care clinics or medical practitioners who serve low-income populations,” wrote Keith Hall, director of the CBO, adding that his agency projects the bill would initially cause a yearly boom of several thousand new pregnancies that would have otherwise been prevented.

Forty-five percent of births in the United States are paid for by Medicaid. Beyond that cost, the CBO predicts that some of the children resulting from the additional pregnancies “would themselves qualify for Medicaid and possibly for other federal programs.” All told, the CBO says the cost of the unintended pregnancies would be $650 million over the next 10 years.

While a ban would save the federal government much of the $450 million that Planned Parenthood is slated to get from Medicare and other programs next year, and up to a total of $520 million over the next decade, the CBO projects that many former patients would seek help at other Medicare-funded providers—in effect, merely shifting the cost.

The CBO’s report was completed at the request of House Majority Leader Kevin McCarthy, who introduced a bill this summer to defund Planned Parenthood. That bill made it out of the House but died in the Senate in August, though Republican representatives will get a second chance at defunding on Thursday: The Senate’s continuing resolution bill to keep the government funded also includes an amendment to cut ties with the health care organization.