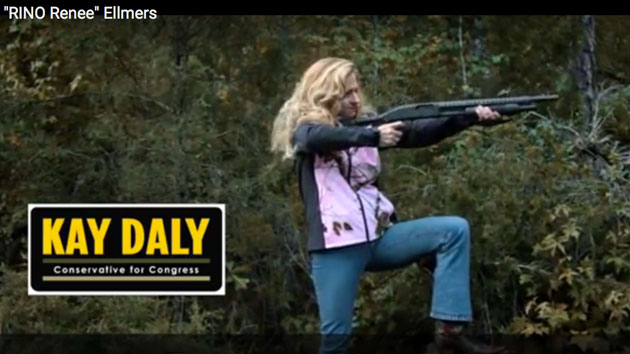 Ah, fall. When the leaves turn, decorative gourds grace supermarket shelves, and fringe candidates film themselves firing shotguns at things they don’t like.

When Rep. Renee Ellmers (R-N.C.) defeated an incumbent Democrat five years ago by accusing him of supporting a 9/11 “victory mosque” in Lower Manhattan, she probably didn’t expect to find herself in the crosshairs of tea party activists anytime soon. But since coming to Washington after an upset victory in the 2010 Republican landslide, she’s dabbled in moderation. In just the last year, Ellmers voted against a bill that would have prohibited abortions after 20 weeks, and she opposed repealing President Barack Obama’s executive orders on immigration. In 2014, she won a tough primary but cruised to victory against Democratic nominee (and American Idol contestant) Clay Aiken. In an act of heresy for a former tea party star, she’s gone on record defending so-called RINOs—short for “Republican in Name Only.”

In 2016, she faces stiffer competition. Her top primary challenger, a former county GOP chair named Jim Duncan, is neck and neck with her in fundraising. And another challenger, former North Carolina GOP spokeswoman Kay Daly, just aired an ad in which she blows Ellmers away with a shotgun. Metaphorically, of course.

But really, get a load of this:

What! Let’s go scene by scene.

The first words of the ad are, “This feminist…”

“She’s a RINO who voted to fund Obamacare and raise the debt ceiling.” 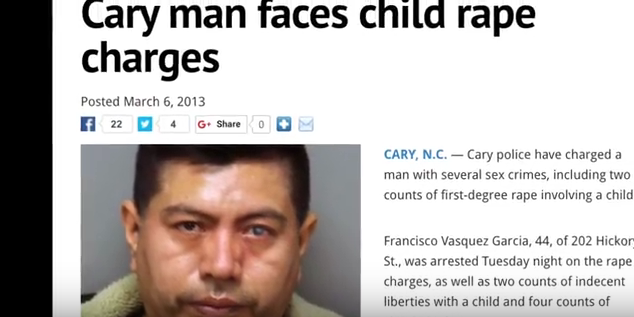 The ad then accuses Ellmers of offering special protections to immigrant child molesters.

A clip of Ellmers using air quotes as she says the word “RINO,” looped three times.

Daly announces that she is “hunting RINOs,” fires a shotgun, and invites others to do the same. And…scene.

In an email touting the ad on Thursday, Daly warned that Ellmers “Hispanders” to undocumented immigrants, whom the candidate refers to variously as “interlopers” and “deportables.” She also took aim at Ellmers’ support for gender equality, referring to the Ellmers-backed Equal Rights Amendment as “the one lesbians used to burn their bras over” and touting the congresswoman’s support of “Hillary Clinton’s Feminist Museum bill” (otherwise known as the National Women’s History Museum).

Daly has her work cut out for her before she can take down the incumbent congresswoman. But she does have the backing of Focus on the Family founder James Dobson, and her ad picked up steam after it was aired in the Raleigh market during last week’s GOP debate. If nothing else, we’ll always have this crazy ad.