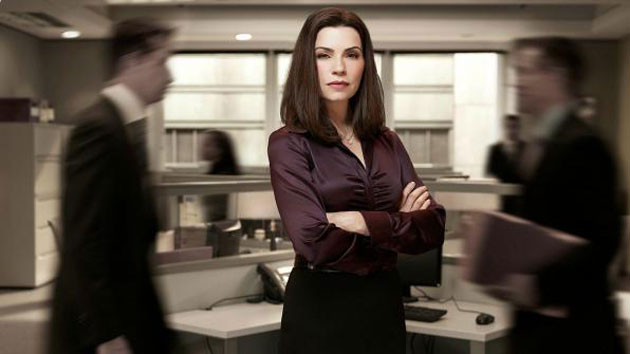 The best show on network television finally returned last night, but is this Good Wife still the Good Wife we all know and love? Kalinda and Finn have joined Will in that great big green room in the sky and last night’s episode felt…different.

Let’s talk about it.

Alicia’s life sucks at the moment. She has no law firm. She has no male love interest. She has no friends. And where are her dumb kids anyway? She’s a pariah! “I’m a pariah,” she does not say as the episode begins, but she might as well have. She’s whiling away her days in Shooter McGavin’s bond court, fighting for pick-up cases with beleaguered unclean lawyers who probably went to a joke Ivy like Cornell unlike Alicia who went to Georgetown, which never pretended to be an Ivy in the first place. Poor good wife.

Governor Bad Husband promised his good wife last year that he wouldn’t run for president if she didn’t want him to and she didn’t want him to so he isn’t running for president. OK? Fine, Good. Whatever. But then the good wife changes her mind, because Peter running for president is going to be the plot line for this season—paralleling the plot line in America these days—so she needed to get with it. Peter’s chief of staff, the Russian computer hacker from GoldenEye, is very pleased with this development and he celebrates by wooing Margo Martindale, a top-flight campaign consultant, the meth-making matriarch from the second season of Justified.

Meanwhile the attractive young man who used to be Alicia’s rival before becoming her law partner before becoming superfluous to the main plot of the show is unhappy at the big fancy law firm that bears his name. Cary’s few scenes in this episode are dedicated to him trying to be popular with the first year associates who think he’s a stodgy old fart because he spends all of his time with his stodgy old fart partners in their stodgy old fart ivory tower.

Speaking of Cary’s aged old partners: Diane and the lawyer who makes the divorces happen are facing off against Alicia in probate court over some meaningless bullshit about a painting that is worth a lot of money. Who will get the deceased’s paining? No one cares. But this does provide a nice forum for the show to do what it does best: wink at the audience and acknowledge that the show isn’t really about the cases. The Good Wife, more than any other legal drama, doesn’t want you to care about the cases. The cases are just a thing for the characters to do. The marathon of random specialists testifying about post-it notes in this probate case are a great example of that. Not even the judge cares about what the post-it scientists have to say.

Oh also Michael J Fox wants Alicia to work with him. And I think she sort of said yes at the end. (Or did she?) It wasn’t entirely clear.

What is this show about now? It used to be about Alicia finding the courage, through crosses and losses, to become the person she wanted to be. Is it still about that? I guess we’ll have to wait and see.