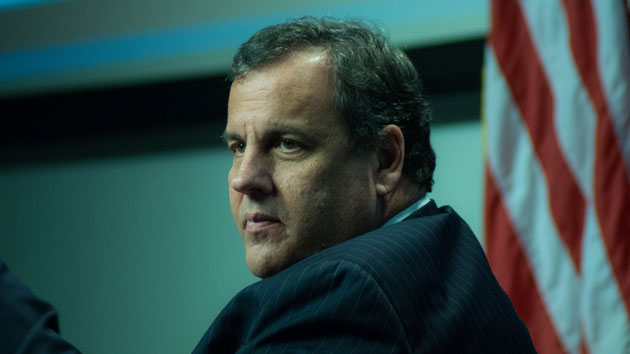 At Tuesdays kids-table presidential debate in Milwaukee, Gov. Chris Christie (N.J.) tried to remind Republicans why they ever liked him in the first place—by getting really angry at everyone. Here are some of the targets of Christie’s attacks:

China: A former US attorney, Christie appeared to take the Chinese government’s hack of a massive database of federal employees personally. “If the Chinese commit cyber warfare against us, they are gonna see cyber warfare like they’ve never seen before,” he promised. Christie explained that his administration would then leak embarrassing details from its counter-hack of the Chinese government. “They’ll have some real fun in Beijing when we start showing them how they’re spending money in China.” In case there was any remaining ambiguity about his position on China, he unloaded on the Obama administration for not challenging China’s territorial claims in the South China Sea. As president, he promised that his first move on China (even before he launched a cyber war, evidently) would be to fly Air Force One over China’s artificial islands. “That’ll show them I mean business,” he said.

Black Lives Matter: Christie has won praise for his campaign-trail compassion on substance abuse. That empathy doesn’t apply to victims of police violence. He ripped into Democratic politicians for, he alleged, turning their backs on police officers. “They’re not standing behind our police officers across the country, they’re allowing lawlessness to rein across this country,” Christie said. He promised things would be different if he’s elected: “When president Christie’s in the Oval Office, I’ll have your back.” Christie returned the subject unprompted later, even connecting support for Black Lives Matter to overseas engagements with ISIS. “When the president doesn’t support law enforcement officers in uniform, he loses the moral authority to command anyone in uniform,” he said.

Hillary Clinton. More than anything else, Christie wanted to talk about the Democratic front-runner, former Secretary of State Hillary Clinton. “She is the real adversary tonight, and we better stay focused as Republicans on her,” Christie said right off the bat. And he lived up to his word, responding to every question as if he were her likely opponent rather than an also-ran. He came prepared with a series of one-liners. (“The bottom line is this: Hillary Clinton’s coming for your wallet everybody”) and promised to “prosecute” her on the debate stage next fall. Clinton’s quip at the first Democratic debate that the enemies she’s proudest of in her career were Republicans also struck a nerve. Christie called it “the most disgraceful thing I’ve seen in this entire campaign.”

The only people Christie didn’t beef with were his fellow also-ran candidates on stage. The New Jersey governor explicitly refused to respond to a challenge from Louisiana Gov. Bobby Jindal. And in that respect, he won by default, as the only candidate who seemed to remember that the point of the smaller stage was to get off it.