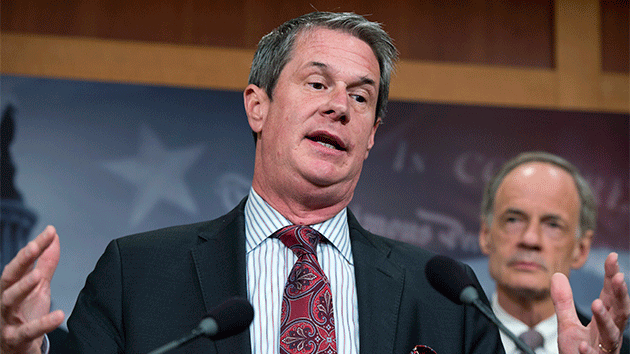 In the days since terror attacks roiled Paris, Sen. David Vitter (R-La.), who has been trailing in the race for governor against his Democratic rival John Bel Edwards, has settled on a new strategy for winning over voters: warning them about Syrian refugees entering the state.

After Edwards released an apparently altered statement on Facebook in the attacks’ aftermath noting he would help “to assist the people coming here and fleeing from religious persecution,” Vitter’s campaign pounced. In a robocall over the weekend, Vitter warned that President Barack Obama’s “reckless policies” for allowing 10,000 Syrian refugees into the country would turn Louisiana into a “dangerous refugee zone.” (The State Department confirmed to the Times-Picayune that only 14 Syrian immigrants had settled in Louisiana since January 1.)

On Monday, as Gov. Bobby Jindal signed an executive order seeking to block refugees from entering the state, Vitter released an ad claiming that Obama had been “sending refugees to Louisiana” and that Edwards had vowed to work with the president to welcome them. A day later, Vitter introduced federal legislation that would halt incoming refugee admissions for at least 300 days while a review of the screening process takes place.

An email sent from the Louisiana Republican Party on Tuesday warned supporters about the possibility of “missing” refugees in the state.

Just yesterday, David Vitter had to notify the Obama Administration that a Syrian refugee who had been living in Baton Rouge has gone missing. What kind of accountability is that? There is an unmonitored Syrian refugee who is walking around freely, and no one knows where he is.

It turns out that the “missing” refugee in Baton Rouge hadn’t disappeared at all. A day before the email went out, the New Orleans Advocate reported that Catholic Charities, the organization that aids in refugee resettlement, had helped the Syrian man for a few days before he left the state to meet with family in Washington, DC. Before he left, the man filed relocation paperwork to the federal government.

Vitter’s wife, Wendy Vitter, reportedly works as a lawyer for the Archdiocese of New Orleans, which is affiliated with Catholic Charities. The organization received a flood of phone calls about the supposedly “missing” refugee, according to the Advocate, and a Jefferson Parish Sheriff warned that “somebody’s going to get killed” as a result of the misinformation, according to the New Orleans alt-weekly The Gambit.

Vitter, whose campaign has also been mired in reports that he may have had a love child with a prostitute, will find if his last-ditch effort to lure Louisiana voters is successful when the election takes place on Saturday.