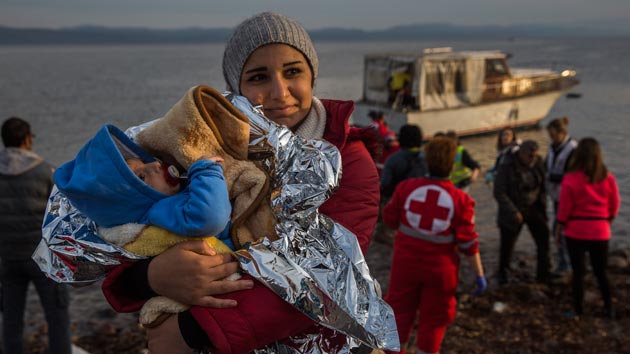 Responding to increased fears of terrorism in the United States following the Paris attacks, the House of Representatives passed a Republican-backed bill Thursday that would temporarily freeze Syrian and Iraqi refugees’ entry into the United States and revamp the vetting process. The bill passed 289 to 137, with near-unanimous support from Republicans and 47 Democrats backing the measure.

“We cannot afford to play Russian roulette with our national security,” Homeland Security Committee Chairman Michael McCaul (R-Texas), who was one of the bill’s sponsors, said Wednesday. In a hearing before the vote on Thursday, Rep. Trey Gowdy (R-S.C.) said he was afraid of a foreign policy “that creates more widows and orphans,” responding to President Barack Obama’s comment that those who advocate denying refugees entry to the United States are “scared of widows and three-year-old orphans.”

Dubbed the American Security Against Foreign Enemies (SAFE) Act, the bill calls for “supplemental certifications and background investigations” of refugees from Iraq and Syria, which the bill’s sponsors argue would go a long way to prevent terrorists from slipping into the United States disguised as refugees.

The bill “would immediately shut down resettlement of refugees from the Syria and Iraq region,” Rep. Adam Smith (D-Wash.) said Wednesday. “This rash reaction ignores the fact that all of the Paris attackers identified thus far are either French or Belgian, and that many terrorist threats are homegrown.” A Syrian passport was discovered by the body of one of the Paris attackers, but French officials said soon afterward that it was a forgery.

The bill does not explicitly halt admission of Syrian refugees, a response that some Republican leaders, including House Speaker Paul Ryan (R-Wis.), called for this week. But it does require additional vetting of refugees by the FBI and the Department of Homeland Security, without specifying the procedures. Implementing the bill “would cause a pause” in the admission of refugees, Rep. Devin Nunes (R-Calif.), chairman of the House Intelligence Committee, told reporters.

It would also increase the FBI’s role in the screening process and require the secretary of homeland security, the FBI director, and the director of national intelligence to personally certify to Congress that each individual refugee is “not a threat” to the United States.

Opponents of the bill argue that the vetting process is already extensive, and even more so for refugees from Syria, who must pass an additional layer of screenings. The screening process for Syrian refugees hoping to enter the United States already takes between 18 months and three years, officials from the Obama administration said on a conference call this week. The United States has admitted fewer than 2,200 refugees since the country’s civil war broke out in 2011.

Senate Democrats are likely to block the bill, but it could spark a battle in Congress during the budget fight in December.

Obama has pledged to veto the bill if it crosses his desk. The White House said in a statement that the bill would “unacceptably hamper our efforts to assist some of the most vulnerable people in the world, many of whom are victims of terrorism.”

In September, Obama announced that the United States would accept 10,000 Syrian refugees over the next year.