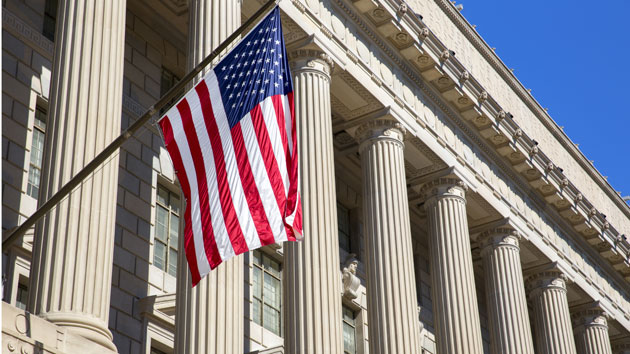 Reproductive rights took a beating in 2015. According to a year-end report released by the Center for Reproductive Rights, nearly 400 anti-abortion bills were introduced across the country in 2015, up from 335 provisions introduced in 2014. The bills ranged from regulation of medication abortions to all-out bans on the most common method of second-trimester abortions, and the Guttmacher Institute reports 57 of them were enacted. The few pieces of good news can be found in access to contraceptives: Oregon became the first state this year to expand access to birth control medication by offering it over the counter for up to a year’s supply, and California passed a law that allows women to get birth control directly from a pharmacist.

In the final days of 2015, Gov. Cuomo in New York signed legislation that permits pregnant women to enroll in the state’s health insurance exchange at any point during the year by making pregnancy a “qualifying life event.” For everyone without a qualifying life event, enrollment is only available from October through December. New York is the first state to pass such legislation.

But generally, the good news has been limited. Here are some of the most impactful state restrictions that became law this year—and that are likely to affect millions of women of reproductive age:

Medication abortion restrictions: Arkansas’ HB 1578 requires providers to tell patients that the effects of the “abortion pill“—a drug called mifepristone, or RU-486, which is used in conjunction with another pill that is taken at home—can be reversed. This claim has been refuted by the American Congress of Obstetricians and Gynecologists and in medical studies. In the same measure, abortion counselors are required to include in their sessions inaccurate information about fetal pain during the procedure and women’s mental health problems after it. Multiple studies have debunked the claim that most women regret their abortions after the fact.

The state Legislature in Arkansas, which was ranked the second-worst state for women’s and children’s well-being by the Center for Reproductive Rights for its mass of restrictions this year, also passed laws banning telemedicine when it’s used for medication abortion. The technology—involving video conferencing and an automated drawer that pops out and contains the medication—has allowed physicians to administer mifepristone remotely. This method is particularly beneficial for women who live in rural parts of the state and cannot afford the time or money to drive to a clinic in a metropolitan area.

Arkansas implemented an additional restriction on medication abortion that requires doctors prescribing mifepristone to adhere to the original FDA-approved dosage. This sounds reasonable, but it actually decreases the effectiveness of the drug and increases the likelihood of nasty side effects. (Molly Redden reported on increased restrictions around medication abortion in Mother Jones‘ September/October issue.) Idaho also passed laws banning telemedicine specifically when it’s used for medication abortions by requiring physicians to be physically present while administering mifepristone. Doctors who administer the medication must also have admitting privileges at local hospitals or a written transfer agreement with another doctor who does have those privileges. These requirements often disqualify physicians from being able to offer abortion services.

Unprecedented bans against the most common procedure for second-trimester abortions: In April, Kansas passed legislation that made it the first state to explicitly restrict the most common procedure for second-trimester abortions. The wording of the law is ambiguous and does not use medical language—for example, it refers to the fetus as an “unborn child”—and it bans what is referred to as “dismemberment abortion.” In the law, the procedure is defined as “knowingly dismembering a living unborn child and extracting such unborn child one piece at a time from the uterus.” The focus of the law appears to be on the use of the dilation and evacuation method, a method considered by medical professionals to be the safest way to terminate a pregnancy, and which is used in most abortions after the 12th week of pregnancy. A Kansas district court judge, Larry Hendricks, blocked the law less than a week before it was to take effect, and the Kansas Court of Appeals heard oral arguments regarding the law’s constitutionality in early December. However, because the case is being presented before all the appeals judges rather than the traditional three-judge panel, the timing for a final ruling is uncertain.

Oklahoma passed a similar law targeting dilation and evacuation abortions, using even more gruesome language. The law defines “dismemberment abortion”—a popular term among “right to life” advocates—as ” purposely dismember[ing] a living unborn child and extract[ing] him or her one piece at a time from the uterus through use of clamps, grasping forceps, tongs, scissors or similar instruments that, through the convergence of two rigid levers, slice, crush, and/or grasp a portion of the unborn child’s body to cut or rip it off.” A temporary injunction in October was also applied by a judge in this case, and the law is pending a final ruling.

Waiting periods: North Carolina extended the waiting period from 24 hours to 72 hours, tripling the time between state-mandated abortion counseling and actually receiving an abortion. All 12 states in the Southeast have state laws that mandate a waiting period, with the exception of Florida, which tried to pass a 24-hour waiting period this year, but the law was blocked by a circuit court judge and is pending a final ruling. Oklahoma also passed a law that expanded the state’s 24-hour mandatory waiting period to 72 hours.

Tennessee Legislature scales back abortion access: Amendment One, which passed in late 2014, amended the Tennessee state constitution to declare that it does not protect a woman’s right to an abortion or funding for abortions (despite the well-known fact that state and federal dollars cannot legally be used to fund abortion, anyway). The amendment, which was one of the most expensive ballot measures in the state’s history, gave state lawmakers more power to control abortion access and opened the door to a number of restrictive measures in 2015. Twelve bills restricting abortion access were presented before the Legislature this year, including a mandatory 48-hour waiting period. Also in Tennessee, a woman who attempted to self-induce a miscarriage in her bathtub after 24 weeks of pregnancy now faces a first-degree attempted murder charge.

Less than six months after Amendment One was approved, Tennessee also passed a law requiring clinics performing more than 50 surgical abortion procedures per year to meet standards of ambulatory surgery center, which basically amount to hospital standards. This is an example of a TRAP law (short for Targeted Regulation of Abortion Providers), which focus not on women seeking abortions but on the practitioners who provide them. The additional construction, infrastructure, and maintenance costs can bankrupt these providers, as Mother Jones has previously reported.

Parental consent: By adding yet another requirement, Arkansas’ lawmakers tightened restrictions for women under the age of 18 who are seeking an abortion without parental consent. In order to waive the state’s parental-consent requirement, these young women must go through a judicial bypass procedure in which they appear before a judge to receive permission to have the procedure. But they now must also undergo an “evaluation and counseling session with a mental health professional” so that a judge can rule whether there is “clear and convincing evidence” that a minor is mature enough for the procedure and that an abortion is in her best interests.  The law does not mandate any kind of time limit on the court proceedings, so it’s possible a slow-moving petition could delay a teen’s pregnancy until it is illegal for her to go through with the abortion. The law also requires that a minor file the petition in a court in the county where she resides, further compromising her privacy.

Ban after 20 weeks: This year, West Virginia became the 15th state to ban abortions after 20 weeks of pregnancy. Although the governor vetoed the legislation, the state Legislature overrode his veto and passed the bill into law. The law is especially restrictive, offering no exceptions for victims of rape or incest, and it only provides a highly limited exception for women whose lives are endangered by their pregnancy or for fetal abnormalities. Arkansas lawmakers passed a similar ban on abortions after 12 weeks, but the measure was struck down in the US Court of Appeals for the Eighth Circuit. “By banning abortions after 12 weeks’ gestation, the act prohibits women from making the ultimate decision to terminate a pregnancy at a point before viability,” the appeals court said.

Elizabeth Nash, a state policy analyst at the Guttmacher Institute, said that even though 2015 was a tough year, it could get worse in 2016. “In 2016, abortion restrictions are again expected to be on the front burner in many state legislatures,” Nash said. “It does not appear that the pending US Supreme Court case is slowing down abortion opponents. We expect to see a host of abortion restrictions in 2016, including restrictions related to medication abortion, bans on abortion in the second trimester and TRAP laws including the disposal of aborted tissue.”