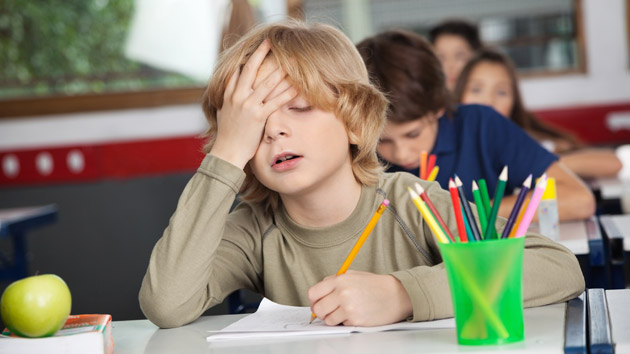 Acting US Secretary of Education John King has called charter schools “good laboratories for innovation.” It’s that kind of language that’s helped the number of public charters jump from 1,542 in 1999 to 6,723 in 2014—when more than 1 million students sat on charter school waiting lists, including a whopping 163,000 in New York City alone.

But, as four researchers argue in a recent study in the University of Richmond Law Review, charter schools could be on the same path that led to the subprime mortgage crisis.

Preston Green III, an urban education professor at the University of Connecticut and one of the study’s authors, warns that the underregulated growth of these publicly financed, privately run institutions could result in a “bubble” in black, urban school districts. Many black parents, he argues, are unhappy with the state of traditional public education in their communities and view charter schools as a better alternative. As families see wait lists pile up, they may tolerate policies that allow more schools to open, even as they overlook the much-reported consequences of underregulated schools: poor academic performance, unequal discipline, financial fraud, and the exclusion of high-cost students, such as those with disabilities. It was such an issue that in 2014, the Department of Education released a letter reminding charter schools that if they receive federal funds, they must comply with the federal statutes disallowing discrimination on the basis of race, sex, or disability.

“It’s just a long-forming bubble,” Green says. “We are at ground zero for this.”

Just how similar are the charter school boom and the mortgage crisis? We broke down the report with Green to see.

More authorizers, more problems: Much like the banks that sold mortgages to a secondary market leading up to the housing crisis, charter authorizers—the institutions that determine whether to allow a charter to open—carry a similar decision-making power. Since school districts, which made up nearly 90 percent of authorizers in 2013 and green-light more than half the nation’s charter schools, tend to each oversee only five or fewer charters, proponents look to independent institutions to grant additional charters. Higher-education institutions make up the next largest share of authorizers, followed by nonprofits and state education agencies. If more states grant approval power to more authorizers, even more charter schools will result. (The Center for Education Reform notes that states with multiple authorizers have almost three and a half times more charter schools than states with only school district approval.)

School districts, not independent charter authorizers, are responsible for figuring out what to do with students. Ultimately, the independent authorizers “don’t have skin in the game.”

But these independent authorizers, the paper argues, may be less likely to screen charters and ultimately assume less risk if they fail. Green notes that the school districts, not these other institutions, are responsible for figuring out what to do with students—the independent authorizers, he adds, “don’t have skin in the game.” A 2009 study from Stanford’s Center for Research on Education Outcomes found that, in states that allow different institutions to approve charters, academic performance for students appeared to wane. In those states, low-performing charter schools at risk of closing can find a new authorizer—”authorizer hopping”—to keep the school running and, researchers argue, to avoid accountability measures.

“Misalignment of incentives”: Just as the banks sold mortgages to Wall Street and hired servicers to collect payments and modify loans, charter schools enlist the help of education management organizations (EMOs) to run the schools’ day-to-day operations. While servicers raked in money from fees and foreclosed loans, management companies, many of which are for-profit, receive money from appointed charter board. These charter boards are supposed to ensure compliance, but, as the paper notes, the for-profit companies running the schools “have the incentive to increase their revenues or cut expenses in ways that may contradict the goals of charter school boards.”

Between 35 percent and 40 percent of charter schools are operated by EMOs, and one study found that these charters educate 45 percent of students. According to Green, charter school boards aren’t looking closely enough at these organizations and “are not well-equipped” to deal with them. Conflicts of interest may arise between the boards and the EMOs; for example, a Virginia-based operator named Imagine Schools recruited people to a Missouri school board and negotiated a lucrative deal on the school it managed. (Last January, a federal judge ordered Imagine to pay nearly $1 million to the school for what the judge called “self-dealing.”) For-profit management companies may also charge charters with exorbitant rents for space to house students and can choose to not take in students considered “too expensive,” such as students with disabilities.

Green says charter schools have engaged in practices that take advantage of “vulnerable parents who lack the political power and financial resources to advocate for change in the existing system.”

Predatory practices hit charter schools, too: In the subprime mortgage world, lenders steered borrowers into risky loans and targeted homebuyers, particularly black and Hispanic borrowers, with excessive fees, bundled products, loan flipping, and forced arbitration. Green says charter schools have engaged in practices that take advantage of “vulnerable parents who lack the political power and financial resources to advocate for change in the existing system.” In Milwaukee, for example, some charter schools handed out gift cards to teens and parents who recommended the school to others, even though no public schools offered such financial incentives. (The city’s aldermen quashed the practice in 2014.)

Once kids have enrolled, though, overly punitive policies create a hostile environment for those seen as difficult. In Chicago, Noble Network of Charter Schools demanded students follow a strict discipline policy or face fines. (That school phased out the imposition after years of public pressure.) Green also points to another instance: At Success Academy, the prominent charter school network in New York City led by Eva Moskowitz, one Brooklyn principal created a “Got to Go” list of difficult students. (The New York Times reported last week that the principal took a leave of absence.) Success Academy has long faced accusations that it has filtered out underperforming and difficult students.

“Choice is a powerful motivator,” Green says. “I’m for choice, but I want the choices to be good. We need to be screening these schools much more carefully.”