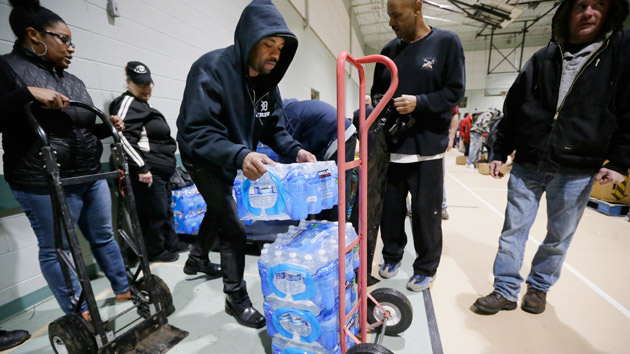 Will Burnett loads bottled water at a community center in Flint.Carlos Osorio/AP

Long before Flint’s water crisis made national headlines, there were plenty of people raising hell about the tainted water or working to lessen its burden in this impoverished, majority-black city of nearly 100,000 people.

The saga began in April 2014, when the city’s water source was switched from Detroit’s water system (whose source is Lake Huron) to the Flint River. For more than a year, government officials assured residents their water was safe, despite evidence to the contrary. After more than a year, state leaders finally conceded that the city had a serious public health crisis, and in October 2015 Gov. Rick Snyder announced that Flint would go back to using Detroit’s water.

Now, as Flint residents fret about potential long-term effects of lead—especially on the thousands of young children exposed—accusations are flying over who knew what, and when. But let’s not forget the heroes of Flint, those who donated time and money and muscle to assist others—not to mention the residents, researchers, and even one “rogue” EPA employee who helped bring the crisis to the world’s attention. Here are five notables. 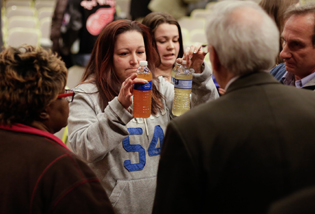 The mom: In the summer of 2014, LeeAnne Walters, a stay-at-home mother of four, saw firsthand the effects of the state’s decision to switch water sources, as her toddlers developed weird rashes and family members’ hair fell out. Over the next few months, she joined a cavalcade of Flint residents complaining to city leaders of foul-smelling brown tap water and health effects ranging from hair loss to vision and memory problems. Lots of people protested, but Walters also raised hell with the Environmental Protection Agency, leading health researchers to investigate further. “Without her, we would be nowhere,” says Mona Hanna-Attisha, a local doctor (see below). To read more about Walters’ personal battle, click here. 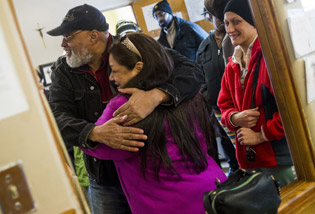 The pastor: Though he was hardly the only church leader offering aid in the middle of Flint’s man-made disaster, Pastor Bobby Jackson has been distributing clean water to locals since September 2014. Jackson, who runs an independent homeless shelter called Mission of Hope, stores donated bottled water at five sites in his Flint hometown, and his volunteers estimate they distribute to at least 200 families daily. “We’re looking at maybe a couple of years before we drink [tap] water again,” Jackson told ThinkProgress. “We want to make sure that we can do the best we can until help arrives.” 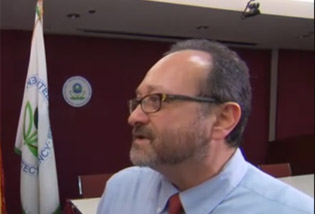 The EPA guy: In February 2015, Miguel Del Toral, a manager for the EPA’s Midwest water division, received a call from LeeAnne Walters (see above). Scouring city documents, Walters noticed the city wasn’t treating its water with standard corrosion control chemicals used to prevent old pipes from leaching lead into the water. Del Toral confirmed her suspicions and relayed his concerns to the Michigan Department of Environmental Quality. The next month, he visited Walters’ house to collect samples. In a June memo later leaked to the American Civil Liberties Union, Del Toral warned his bosses that the Flint River water had not been properly treated, and he called the lack of corrosion controls “a major concern.” (EPA division chief Susan Hedman, who dismissed Del Toral’s report as premature, would later resign.) But it wasn’t until after much bureaucratic wrangling that the state admitted it had made a mistake. “I never imagined that this would happen in the first place,” Del Toral told ABC News. 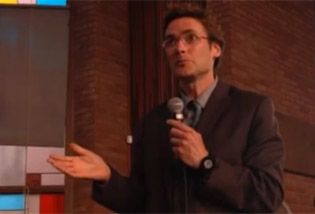 The prof: Last spring, Marc Edwards, a professor of environmental engineering at Virginia Tech University and a former MacArthur Foundation genius grant recipient, also got a call from Walters, courtesy of the EPA’s Del Toral. More than a decade earlier, Edwards had helped uncover lead in Washington, DC, drinking water and corroded pipes in its sewer system. But after testing Walters’ water, Edwards was “shocked” to discover lead levels more than twice what the EPA qualified as hazardous waste. Accompanied by a team of student researchers, Edwards traveled to Flint and conducted more tests, shelling out $150,000 of his own money. His results, released in September, were key: He determined that Flint’s tap water was 19 times more corrosive than Detroit’s—Flint’s original source—and estimated that one in six Flint households had lead exposure levels higher than the threshold required for the EPA to take official action. 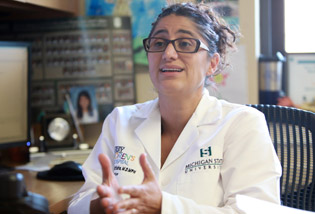 The doctor: Last August, after hearing rumors of lead contamination in the water, Mona Hanna-Attisha, head of the pediatric residency program at Hurley Medical Center in Flint, began looking at the blood lead levels of children in Flint before and after the city switched its supply from Detroit’s water system to the Flint River. As a control, she looked at children who lived elsewhere in Genesee County. It turned out the rate of elevated lead concentrations in the blood of Flint kids under five years old had doubled—and in some areas, tripled—since the switchover. When Hanna-Attisha released her findings, state officials dismissed the results as “unfortunate,” and that was tough to take—”How can you not second-guess yourself?” she told the New York Times. But within a month, the state changed its tune. Gov. Snyder has since praised her efforts.