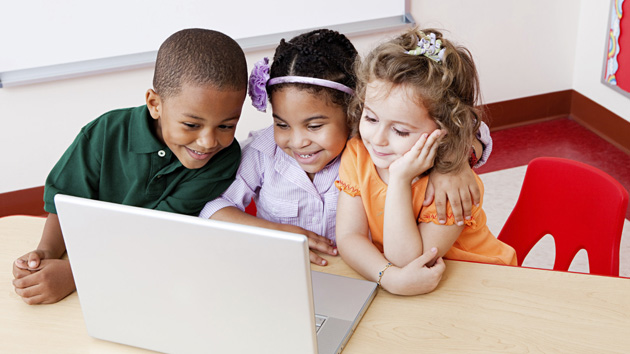 Last week, education officials in New York City approved a controversial school rezoning plan that will reassign some affluent, white children to a high-poverty Brooklyn school that is 90 percent black and Latino. The city’s department of education proposed the plan to reduce overcrowding in the predominantly white Public School 8, which serves kids from Brooklyn Heights and Dumbo—home to some of the most expensive apartments and condos in the country. Meanwhile, their new school, P.S. 307, serves mostly kids from the nearby public housing project, the Farragut Houses.

Many parents at both schools fiercely opposed the integration plan. “When rich people come in, they have the money to force people to do what they want,” said Farragut Houses resident Dolores Cheatom. Citing historic precedents, Cheatom and others argued the rezoning would change the school to benefit wealthy newcomers and slowly push out students from the Farragut community.

The parents whose kids are now bound for P.S. 307 said they were most concerned about the school’s low standardized test scores—which is no surprise, since that’s a common argument against sending white kids to schools that serve large numbers of low-income black and Latino students. The assumptions behind this argument go something like this: (1) Integration mostly benefits poor Latino and black students by allowing them to attend “good,” majority-white schools with better test scores, and (2) sending white children to schools that serve students from diverse racial and economic backgrounds will hurt the academic outcomes of white children.

But here’s the thing: The academic and social advantages white kids gain in integrated schools have been consistently documented by a rich body of peer-reviewed research over the last 15 years. And as strange as it may sound, many social scientists—and, increasingly, leaders in the business world—argue that diverse schools actually benefit white kids the most.

Here’s a summary of some of the most convincing evidence these experts have used to date:

1. White students’ test scores don’t drop when they go to schools with large numbers of black and Latino students.
In 2007, 553 social scientists from across the country signed an amicus brief in support of voluntary school integration policies for a Supreme Court case known as Parents Involved in Community Schools v. Seattle School District. The brief continues to serve as a treasure trove of some of the most important research in this field, and in its 5-4 decision in favor of integration, the justices concluded that the academic progress of white children is best served in multiracial schools. Soon after the seminal court case, Harvard researchers Susan Eaton and Gina Chirichigno launched the One Nation Indivisible initiative, which now serves as a clearinghouse for the most rigorous current research on the benefits of integrated schools.

There is overwhelming evidence that white students’ test scores don’t drop when they go to economically and racially integrated schools.

When it comes to the impact on standardized test scores, research cited in the case—as well as the most recent data from the federal government—confirmed that there is no negative impact on the test scores of white children. Some studies found that test scores of all students increased, especially in math and science. Others found that they stayed the same. The debate on whether test scores increase in integrated schools continues, but there is overwhelming evidence that they don’t drop when white students go to economically and racially integrated schools.

2. Diverse classrooms teach some of the most important 21st-century skills, which matter more than test scores.
Psychologists, economists, and neuroscientists have done some really exciting research in education in the past 10 years, synthesized in the best-selling book by Paul Tough, How Children Succeed. This research tells us that some of the most important academic, social, and emotional skills—curiosity, complex and flexible thinking, resilience, empathy, gratitude—are not captured by standardized test scores but are keys to a successful and productive life.

Other researchers, including Stanford’s Prudence L. Carter, the University of Massachusetts-Amherst’s Linda R. Tropp, and Loyola University of New Orleans’ Robert A. Garda Jr., have found that skills like cross-cultural collaboration, critical thinking, problem-solving, effective communication, reduced racial prejudice, and empathy are best fostered in diverse classrooms. Many of these researchers argue that we need to expand our definition of academic advantages to include these important skills, which are captured mostly through qualitative assessments like presentations, group projects, and student surveys.

3. Graduates of socioeconomically diverse schools are more effective in the workplace and global markets.
Researchers who have been trying to figure out which office settings allow for the most powerful breakthroughs in innovation have consistently come up with the same answer: daily practice and comfort with diverse perspectives, according to Scott E. Page, the author of The Difference: How the Power of Diversity Creates Better Groups, Firms, Schools and Societies. Virginia Commonwealth University’s Genevieve Siegel-Hawley argues that daily classroom interactions with students from different racial and economic backgrounds help students develop the ability to view and understand complex problems and events through multiple lenses. Research also shows that an integrated workforce helps companies design and sell products more effectively to a wide range of customers.

Too many students, especially in suburban schools, are being socialized in environments that deprive them of one of the most important skills in the global economy: the ability to communicate and collaborate with people from different socioeconomic backgrounds.

Notably, the average white student today goes to a school where 77 percent of her or his peers are white. Schools are as segregated and unequal today as they were shortly after Brown v. Board of Education was decided. This means that too many students, especially in suburban schools, are being socialized in environments that deprive them of one of the most important skills in the global economy: the ability to communicate and collaborate with people from different socioeconomic backgrounds. Research is clear that such skills are difficult to teach without daily exposure to integrated communities—a trip abroad, a diversity workshop, or an ethnic studies class taught in a predominantly white classroom isn’t enough. And because students of color are much more likely to interact with diverse people in their neighborhoods and schools, in this sense integrated schools give greater advantages to white students.

Garda writes that getting involved in the issues of income and racial inequalities at the policy level is often too daunting for many parents. But choosing a school or a neighborhood is actually one of the most meaningful ways in which parents can act out their values and help reduce income and racial disparities.

As journalist Nikole Hannah-Jones reported in her important This American Life segment last year on integration, our country made the largest gains in reducing achievement gaps at the peak of integration in the mid-1970s. And then the country gave up, mostly because white parents were afraid to put their kids in the same classrooms with students from “underperforming” schools. “We somehow want this to have been easy,” Hannah-Jones, who as a child lived in a working-class African American neighborhood in Waterloo, Iowa, and was bused to a majority-white school across town. “And we gave up really fast.”