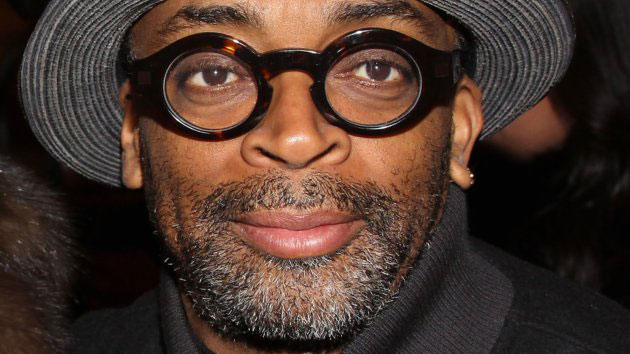 “When Bernie gets in the White House, he will do the right thing!” Lee says in the spot, a nod to the movie that made him famous. “How can we be sure?” he continues. “Bernie was at the March on Washington with Dr. King. He was arrested in Chicago for protesting segregation in public schools. He fought for wealth and education and inequality throughout his whole career. No flipping, no flopping. Enough talk. Time for action.”

The high-energy Spike Lee ad is one of many in the ongoing ad war between Sanders and front-runner Hillary Clinton. Last week, Republican candidates blanketed the Palmetto State with ads that amounted to a million-dollar circular firing squad. The ad blitzes from Sanders and Clinton—primarily targeting hip-hop, gospel, and R&B radio stations—zero in on serious topics: police violence, mass incarceration, and inequality.

The ads in South Carolina, where more than half the Democratic electorate is black, were always going to be a little different than the ads in uber-white New Hampshire. But listen to an hour or two of drive-time radio, and it becomes clear how different the battle lines in South Carolina are from those in the three states that voted before it—and how the work of civil rights activists over the last few years has changed the dynamics of the 2016 race.

“I was one of the leaders in the House to take charge and say the [Confederate] flag has to come down now,” says Rep. Justin Bamberg, an African American Democrat in a Sanders ad, explaining why he switched from Clinton to the Vermont senator. “He has stood for civil rights his entire life. He marched on Washington with Dr. Martin Luther King. Bernie Sanders will be the advocate to address the problems in the criminal justice system.”

Another Sanders spot features four African American activists from South Carolina, of varying ages, outlining why they back the self-described democratic socialist. “Bernie Sanders realizes that mass incarceration, especially among young people, is a rising epidemic,” says Hamilton Grant. Gloria Bomell Tinubu remarks, “We know that prison is big business; it’s been privatized. And Bryanta-Booker Maxwell says of Sanders, “He is the best champion for criminal justice reform.”

In another radio ad, Sanders, touting his plan to fight “institutional racism,” makes a direct pitch for himself: “Millions of lives are being wrecked, families are being torn apart, we’re spending huge sums of taxpayer money locking people up. It makes a lot more sense for us to be investing in education, in jobs, rather than jails and incarceration.”

Pro-Clinton ads hit similar points, but with three big additions: Obama, Obama, Obama. That is, as these ads depict Clinton as a pursuer of justice and equality, they hammer home her connection to the president.

“We all worked hard to elect President Barack Obama eight years ago,” a woman narrator says at the beginning of a heavily played ad aired by Priorities USA, a Clinton-backing super-PAC. “Republicans have tried to tear him down every step of the way. We can’t let them hold us back. We need a president who will build on all that President Obama has done. President Obama trusted Hillary Clinton to be America’s secretary of state.” And the ad turns toward racism at its end: “She’ll fight to remove the stains of unfairness and prejudice from our criminal justice system, so that justice is just.”

Another spot from the super-PAC cites Clinton’s “bold” plan to curb police brutality. And in an ad paid for directly by the Clinton campaign, former Attorney General Eric Holder, emphasizing his and Clinton’s ties to Obama, hails her efforts to protect civil rights and voting rights and her support for tougher gun laws and police accountability:

The most direct reference to the Black Lives Matter movement comes in an ad in which Clinton herself says, “African Americans are more likely to be arrested by police and sentenced to longer prison terms for doing the same thing that whites do. Too many encounters with law enforcement end tragically for African Americans.” A narrator cites a young Hillary’s work “standing up for African American teenagers locked up with adults in South Carolina jails.” Then Clinton adds, “We have to face up to the hard truth of injustice and systemic racism.”

Perhaps the most surprising thing about Sanders and Clinton’s fight for the airwaves is this: For all their heated exchanges on the debate stage, not a single spot goes negative.