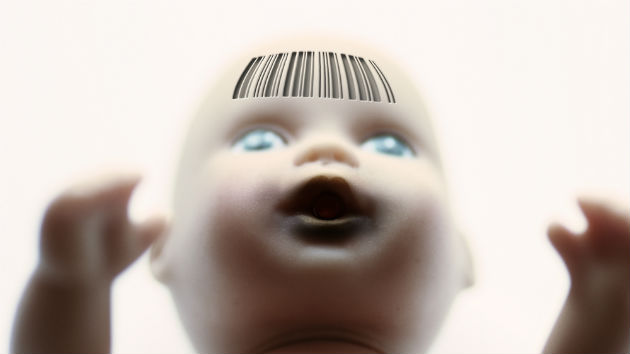 On February 1, scientists from the United Kingdom’s Francis Crick Institute got the okay to start research on human embryos using a new genome editing technology called CRISPR. Their work, which will mark only the second time CRISPR has been applied to humans, will use embryos to try to understand the very early stages of human development and pinpoint the genes causing miscarriages and fetal defects.

Not surprisingly, the Crick project has reignited a firestorm of debate over the ethics of human gene editing. “This is the first step in a well mapped-out process heading to genetically modified babies, and a future of consumer eugenics,” said Dr. David King, director of Human Genetics Alert, in response to the news.

CRISPR is essentially a cellular scalpel. The small enzyme works by moving through the body’s cells and cutting away at precise pieces of the genome—something that’s never before been possible to do with such efficiency and ease. Since 2012, it’s been used to cut out the gene mutations leading to HIV and sickle cell anemia. Last spring, researchers in China became the first to genetically modify embryos with CRISPR after they used the technology to replace a gene in a single-cell embryo.

The technology can also be used to edit what scientists call germline cells—embryos in such early stages of development that any changes will become hereditary and can be passed on to future generations. Using the technique, for example, scientists could potentially edit out the gene for Huntington’s disease in a woman before she’s born. Not only would she be disease free; she wouldn’t be able to pass it on to any future children.

Even though the Crick Institute’s research is limited to 14 days and the cells they edit won’t be implanted, critics still say this type of research might soon lead to something less benign—that one day we’ll be creating “designer babies,” whose genetic makeup will be determined in a lab. Many scientists, bioethicists, and politicians are calling for a moratorium on human embryo editing, which is already banned from receiving public funds in the United States. One of those skeptics is Marcy Darnovsky, executive director of the Berkeley-based Center for Genetics and Society, whose research focuses on biotechnology and reproduction. I caught up with Darnovsky to talk about designer babies, embryo harvesting, and the unforeseen consequences of germline editing. Here are seven takeaways from our conversation:

“The term ‘gene editing’ suggests a level of precision and safety that at least for now isn’t there.”

1. Gene editing with CRISPR is still not very safe. “It’s almost universally accepted that right now it would be crazy to proceed with the technology. Some of the problems that have come up, including in the Chinese experiment, is with what’s called off-target mutation. There’s this thing described as a molecular scissors that’s supposed to have a homing device that’ll take you to the exact spot on the DNA strand that you want to cut, but sometimes it’s not that precise—it’ll go somewhere else and sometimes the change that it makes isn’t what you intended. Other times the change is made accurately in some of the embryonic cells but not in all of them, which leads to a condition called mosaicism that can lead to problems later in development. Another problem is that the scissors component of the system can hang around in the cell and later on, when you think you’re done, it starts snipping away. The term ‘gene editing’ helps people understand how the technology works, but it also suggests a level of precision and safety that at least for now isn’t there.”

2. Genome modification isn’t the only available method of stopping the transmission of inherited diseases. “Some of the more cautious and shrewd people are saying, ‘We’ll only use this to prevent the transmission of diseases.’ That does sound like a worthy goal, but here’s the thing: You don’t need to be editing genes to accomplish this because we already have embryo screening techniques that at this point are pretty standard add-ons in in vitro fertilization clinics. They accomplish the very same thing with far less physical danger for the resulting child and without anything like the level of societal risk posed by germline modification.”

3. Once the door to editing our genome gets opened, there’s no going back. “Say there was a policy effort to use this gene editing technique to prevent Huntington’s disease. Well, it’s impossible to really draw a policy line. It’s like how the FDA doesn’t regulate off-label uses of drugs and devices: Once the FDA approves the drug for one thing, a doctor can use it and prescribe it for anything. No one is telling fertility clinics what they can and cannot do. And maybe that’s a good thing, but it also means we could not control fertility clinics that were trying to use CRISPR to push the envelope. So this mission creep would be very difficult—if not impossible—to control.

And there are Futurists, including a few scientists, who say we’re going to produce superior children and improve humanity. A prominent scientist has already spelled out a list with 10 conditions, things like stronger bones, slow- and fast-twitch muscles, so that the resulting child could be good at an endurance or sprinting sport, and sleep—there’s a gene that’s correlated with people needing less sleep.

“You’d have children born to the more wealthy class that were thought to be genetically superior.”

I think it’s very possible that once you unleash this technology onto the market and set it in motion, commercial and competitive dynamics would set in, and you’d see people that wanted to give their future children the best start in life. You can really see the ad copy writing itself.”

4. So-called “designer babies” would be available only to the rich. “IVF is already expensive. It’s not only rich people who use it—people take out second and third mortgages on their homes—but it is expensive. Gene editing would be more so. And so you’d have children born to the more wealthy class that either were genetically superior or even thought to be genetically superior. This would exacerbate trends toward great inequality and could introduce new forms of inequality.”

5. Harvesting eggs from women carries its own risks. “The Chinese experiment in April was using nonviable embryos that were created but not used in fertility treatments. In the process of fertility treatments, some of the embryos don’t turn out right, so they can’t be developed into a human child even if they were implanted.

But in the UK, they want to use viable human embryos because they want to investigate what goes wrong in early embryonic development. The retrieval of eggs from women is invasive, it carries risks that are understudied, and the women that are recruited to provide eggs often aren’t made fully aware of what the risks are.”

6. Skepticism of embryonic modification is different from anti-abortion groups’ belief that personhood begins at fertilization. “There are some anti-choice groups that have come to the same conclusions [the Center for Genetics and Society] has. I can’t say exactly what their logic is, but it has to do with attempts to elevate the status of the embryo. They’re concerned with the destruction of embryos. Back when there were headlines about human cloning, some bishops thought that once you produced cloned human embryos it might be better to implant them into a woman’s uterus than be destroyed.”

7. But even the skeptics are excited by the science. “It’s not exactly the technology itself that I’m worried about—it’s with the application of creating genetically modified human beings. The gene-editing technology itself is first of all scientifically exciting, and second of all it could be used to help people who are sick. That could be great.”