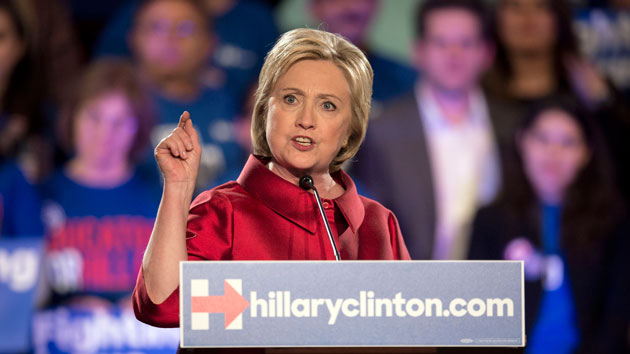 Barack Obama’s last campaign stop of the 2008 South Carolina primary was a five-minute cameo at the “Pink Ice Gala” in Columbia, hosted by Alpha Kappa Alpha, the nation’s oldest African American sorority. The senator from Illinois was reluctant to attend, the New York Times later reported, but his consigliere, Valerie Jarrett, was insistent. “You want to win, don’t you?” she asked. “Well then, you need to go to Pink Ice.”

Obama did win South Carolina, and it wasn’t because he stopped at Pink Ice. But it was a useful symbol for why he won. Over the final weeks before the primary, college-educated African American women who were supposed to be one of Clinton’s core constituencies—former President Bill Clinton had himself courted Alpha Kappa Alpha members months earlier—broke for Obama in large numbers, with 80 percent of black women in the state voting for him over Hillary Clinton.

To state the obvious: Clinton would like to avoid that scenario on Saturday, as she tries to fight off another primary challenge from an underdog senator. With her opponent, Bernie Sanders, spending most of the week campaigning in other states, she hunkered down, sending five African American mothers whose children lost their lives in police custody or to gun violence to speak to church groups in places like Orangeburg County (where she lost by 42 percentage points in 2008) and Sumter (which she lost by 53). She’s stumping with Sen. Cory Booker (D-N.J.) in the state’s impoverished “corridor of shame” along I-95, and she’s booking trips to churches and historically black colleges and universities. Her husband flew in for a last-minute blitz in predominantly white cities.

They don’t just want to win; they want to win in a way that shows Sanders can’t. So with three days to go before the South’s first primary, Clinton did what people who want to win do: She put on the sorority’s colors (or a green coat, anyway) and went to talk to some Alphas.

Clinton’s pitch to South Carolina voters eight years later is so far removed from her 2008 embrace of the white working class that if you listened to both back-to-back you might get the bends. She now talks about going undercover to find evidence of formal school desegregation in the Deep South when she was in her early 20s. She talks about “systemic racism” and police violence. Addressing the Alphas in West Columbia on Wednesday, she walked the audience through the Flint water crisis in vivid detail (“dirty, brown, smelly water”) and elicited murmurs from the crowd when she wondered aloud, “Would this ever have occurred in a wealthy white suburb of Detroit?”

And as she did at every stop, she reminded voters of South Carolina’s worst tragedy in years. Before the former secretary of state made her remarks on Wednesday, a sorority leader recited the names of the nine members of Emanuel AME Church in Charleston who were killed by a white supremacist shooter last June, as well as that of Walter Scott, a black man who was shot and killed by a police officer in North Charleston. Two of the victims, Sharonda Coleman-Singleton and Cynthia Hurd, were Alpha Kappa Alpha sisters. Hurd’s husband, Steve Hurd, was in attendance, and Clinton acknowledged him in her speech.

“I just had a chance to greet Steve,” she said, “and I think all of us want to lift him up, lift the families up, remember Cynthia and all of those who were lost, each and every day, and do everything we can to make sure no other family ever, ever has to experience the kind of tragedy and terrible incidence of gun violence that took their lives of those faithful worshippers at Mother Emanuel that day.”

Clinton has pushed hard against the so-called “Charleston loophole” that allowed the gunman, Dylann Roof, to obtain his firearm because his background check wasn’t completed in three days, and she reminded audiences that her opponent voted for the measure that created it. Left unsaid was that the shop where Roof purchased his gun was also in West Columbia—across the street from the church conference center where Clinton was speaking to Alpha Kappa Alpha.

She buttered up her crowd, too, with some lighter remarks. She gave a shout-out to Columbia’s Kiki’s Chicken and Waffles (“It’s really good, really good”), and to the sisters’ matching outfits (“I’m just glad after a couple weeks on the road I still had some green to wear”). She bragged about sponsoring a congressional resolution celebrating the group’s centennial with Rep. Sheila Jackson Lee of Texas (“a proud Alpha Kappa Alpha”), and noted, as if anyone needed to be reminded, that Michelle Obama was now an honorary member. Did you know she worked with Michelle’s husband? She chided the press for fixating on the problems facing black America and missing “the vibrancy of the black church and…the power, strength, and sacredness of black sisterhood.”

If the reaction from the room was any indication, her advantage heading into Saturday has as much to do with someone who’s not on the ticket this year as with the candidate herself. Clinton got her biggest applause in West Columbia when she promised to defend the president’s core accomplishments, including the Affordable Care Act, and back him 100 percent on whomever he nominates to the Supreme Court. She’s even offering her own version of hope and change, and sounding a lot like the man who defeated her eight years ago. “We need more forgiveness, we need more love, we need more kindness, and respect in the United States of America,” she said. If you can’t beat ’em, join ’em.