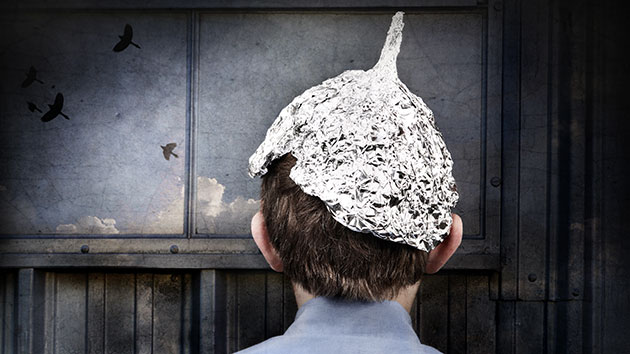 Update, 2/2/2016: Chris Bauch, an editor for PLOS ONE, said in an email that the author of the study we reported on below “should have used a different model for some of the analyses” and that the author “is working on submitting errata.” Bauch added, however, that he is “pretty sure the correction will not change the conclusions” and that he does not “foresee a retraction.” We’ll update when we know more.

By now, climate change has joined the moon landing and the JFK assassination in the upper echelons of fodder for conspiracy theories. Back in 2004, Sen. James Inhofe (R-Okla.) called global warming the “greatest hoax ever perpetrated on the American people.” A few years later, Inhofe told our own David Corn that the climate hoax was most likely being perpetrated by Barbra Streisand. Donald Trump, meanwhile, thinks it was “created by and for the Chinese.” I could go on.

There’s plenty of evidence that these conspiracy theories are garbage, starting with the overwhelming scientific consensus about climate science and the fact that 2015 was the hottest year on record. But in case you’re still not convinced, here’s another bit of proof.

In a new peer-reviewed paper in the journal PLOS ONE, an Oxford physicist devised a mathematical formula for the lifespan of conspiracy theories—that is, how long it would likely take for them to be publicly unveiled if they were in fact true. It’s not long: In the case of climate change, it’s about 27 years if you assume the cover-up is perpetrated by only published climate scientists—and just four years if you assume it includes the broader scientific community.

Let’s pick, somewhat arbitrarily, preeminent climatologist James Hansen’s 1988 testimony to Congress about global warming as the beginning of the great fraud. According to Grimes’ formula, climate change would have been publicly outed as a hoax by 1992 if it were carried out by a broad coalition of scientific organizations. And it would have been exposed by 2015 if it were carried out only by published climate scientists. Unless I missed something, that didn’t happen. (Sorry, the “Climategate” emails definitely don’t count.) 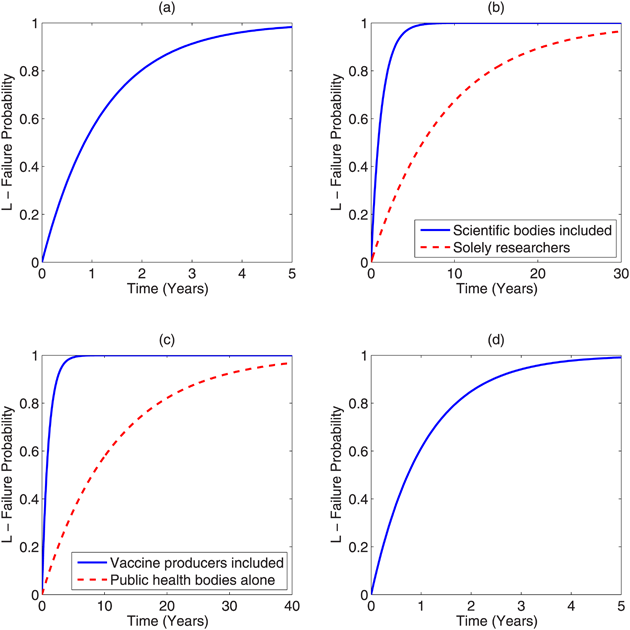 Here’s how long it would take for four big conspiracies to fall apart: (a) moon landing hoax, (b) climate change hoax, (c) vaccination conspiracy, and (d) suppression of a cure for cancer. Grimes, PLOS 2016.

Grimes’ model is based on the statistical probability that one person within the conspiracy (one climate scientist, for example) would intentionally or accidentally let slip the truth. The odds of that happening go up as the number of people involved in the conspiracy increase—hence the shorter life span for the climate fraud if it involved broad scientific organizations (whose membership Grimes totals at more than 400,000). To help in that analysis, Grimes studied a few actual conspiracies, including the National Security Agency’s widespread spying on US citizens that was exposed by Edward Snowden.

Anyway, climate change is not a hoax. And we did land on the moon. And there isn’t a hidden cure for cancer. And you should go get your vaccinations, dammit.

H/T: The Skeptics Guide to the Universe