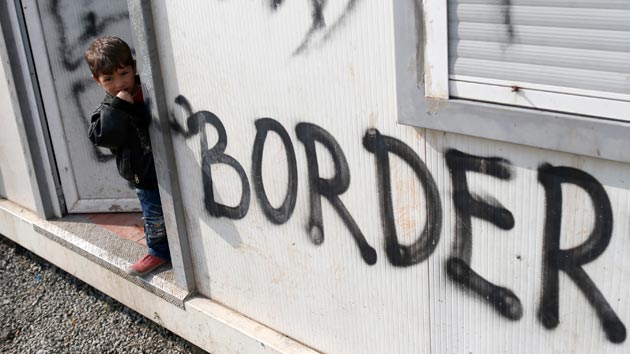 Following the terrorist attacks at a subway station and airport in Brussels on Tuesday morning, GOP presidential candidates Donald Trump and Ted Cruz renewed their calls for Syrian refugees and other immigrants to be banned from entering the United States.

“We need to immediately halt the president’s ill-advised plan to bring in tens of thousands of Syrian Muslim refugees,” Cruz said during a Tuesday press conference in Washington, DC. “Our vetting programs are woefully insufficient.”

“I would close up our borders,” Trump said on Fox News. “Look at Brussels, look at Paris.”

This time, they may have some backing in Congress. After the terrorist attacks in Paris last November, more than 30 states mounted efforts to ban the resettlement of Syrian refugees in their communities—issuing executive orders, proposing state-level legislation, and even filing lawsuits. These efforts failed because the Constitution mandates that immigration policy be set by the federal government. Now Congress is considering a bill that would tweak federal law to make this sort of refugee obstructionism a whole lot easier.

Last week, the House Judiciary Committee approved the Refugee Program Integrity Restoration Act, paving the way for a vote on the House floor. The bill, co-authored by Rep. Raul Labrador (R-Idaho) and Rep. Bob Goodlatte (R-Va.), would give state and local governments the opportunity to reject the resettlement of refugees in their communities—as was proposed by more than half of states after Paris—and it would shift the responsibility from the president to Congress of setting an annual ceiling on the number of refugees. The ceiling is currently at 85,000 refugees, after a September 2015 order from President Barack Obama, but Congress could set it as low as 60,000 refugees and block the president from raising it without congressional approval. In September 2015, Obama pledged that the United States would take in at least 10,000 Syrian refugees in 2016.

The measure would also allow “recurrent background security checks” of US refugees, a provision that critics say amounts to “continual surveillance” of refugees. It would also delay how soon refugees can obtain their permanent green cards—changing it from one year after their arrival to three years. The bill also requires that the Department of Homeland Security prioritize claims from refugees who fear persecution based on their religion, as opposed to those who face persecution due to other circumstances, like their race, nationality, or membership in a particular social group. Religious persecution would be an unlikely claim for most Syrian refugees coming to the United States: the vast majority of them are Muslim, and Sunni Muslims are Syria’s religious majority. This is one way the bill “clearly discriminates against Muslims as the intended target,” said the Rev. John McCullough, president of the Church World Service, on a press call with reporters last week.

In advance of the House Judiciary Committee vote last week, 234 organizations—including the US Committee for Refugees and Immigrants and the American Immigration Lawyers Association—sent a letter to Congress opposing the legislation. They noted “the current vetting process for refugees is incredibly rigorous and includes screening by U.S. federal law enforcement and national security agencies.” Giving state and local governments a veto on refugee resettlement, they wrote, wouldn’t enhance security and would instead “codify discrimination against refugees.” They concluded: “It is simply un-American to treat persecuted individuals, who want nothing more than to start a new life in safe and welcoming communities, as criminals.”

The bill’s chief sponsor, Rep. Labrador, a former immigration lawyer, is convinced that current vetting processes aren’t sufficient for screening refugees from Syria. “Compared to countries where US intelligence has strong footing, many current refugees are coming from failed states such as Syria, where there is very little US intelligence presence,” he said when introducing the bill before the House Judiciary Committee last week. “The simple fact is that we do not know who these people truly are.”

If the bill reaches the Senate, it will face an uphill battle. Following the Paris attacks in November 2015, the House passed another piece of legislation that would have effectively halted the admission of Syrian refugees into the United States. In January, the Senate blocked the measure.