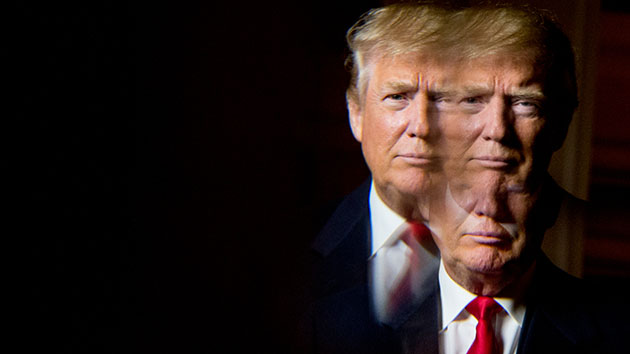 Last week, Mitt Romney, the twice-failed GOP presidential candidate, delivered a speech that blasted Donald Trump, the current Republican front-runner, calling the tycoon “a phony, a fraud” and citing Trump’s “dishonesty” and his “bullying, the greed, the showing off, the misogyny, the absurd third-grade theatrics.” It was a clear move on Romney’s part to rally the GOP establishment against the celebrity real estate mogul whose endorsement he warmly embraced during the 2012 campaign. Naturally, Trump responded in kind. Within hours, at a campaign rally in Portland, Maine, he lashed out at Romney.

Trump noted that Romney had “failed horribly” four years ago. He claimed that Romney had begged Trump to endorse him in that race: “I could have said, ‘Mitt, drop to your knees.’ He would have dropped to his knees.” His audience roared with laughter. And Trump went on:

It was a campaign that should have never been lost. You’re running against a failed president. He came up with the 47 percent. He demeaned 47 percent of the people in our country, right? The famous 47 percent. Once that was said, I’ll be honest, once that was said, a lot of people thought it was over for him.

On Monday, after Sen. Lindsey Graham (R-S.C.) assailed him, Trump returned to this line of attack, tweeting, “Lindsey Graham is all over T.V., much like failed 47% candidate Mitt Romney. These nasty, angry, jealous failures have ZERO credibility!”

In Trump’s view, Romney lost partly due to the infamous remarks, reported by Mother Jones, in which Romney said at a private fundraiser that 47 percent of Americans “believe that they are victims…that government has a responsibility to care for them…that they are entitled to health care, to food, to housing, to you name it.” Romney noted that these people do not pay income taxes and do not “take personal responsibility and care for their lives.” His comments indicted nearly half of the nation as moochers and freeloaders who do not contribute to society.

For Trump, that insult helped doom Romney’s campaign. But last year, Trump voiced a strikingly similar sentiment. During a June 2015 one-on-one interview on Fox News, host Sean Hannity asked Trump if he, as president, could get 50 million Americans out of poverty. Of course, Trump said, and he added:

This was a routine conservative contention: Assistance programs cause people not to work. And Hannity pressed Trump: Would he insist that recipients of food stamps, welfare, and other government assistance “have to work for it?” Trump replied that this could be necessary, and he remarked that Bill Clinton had pushed such a approach with welfare reform. Then Trump made a broader point:

So one half of the nation is carrying the other half, and the attitude of those in the latter half is, “we don’t have to do anything.” This is darn close to Romney’s 47 percent analysis, but 3 percentage points greater. Trump was depicting 50 percent of Americans as people seeking a free ride.

Both Romney’s and Trump’s comments hail back to a right-wing talking point—this is a country of takers and makers—that distorts actual statistics. In 2011, 46.4 percent of US households did not pay federal income taxes. (The number was higher that year than the usual 40 percent or so, due to the recession that hit during the Bush-Cheney years.) This is the stat that Romney had obviously had in mind. The problem comes—the demeaning, as Trump would put it—when folks who do not pay income taxes are equated with lazy ne’er-do-wells merely angling for a handout. That’s not what the numbers show. In 2011, 60 percent of those who didn’t pay income taxes did pay taxes for Social Security and Medicare. These people essentially did not make enough money to qualify for the income tax. Another 22 percent of the people who didn’t pay income taxes were retirees. Only 8 percent of US households paid no federal taxes at all. According to a Washington Post analysis, that was “usually because they’re either unemployed or on disability or students or are very poor.”

So many of the those who didn’t pay income taxes are working and paying some form of tax, and many others within this group—pensioners and poor people—shouldn’t be expected to pay income taxes. These people are not shirkers who say, “We don’t have to do anything.”

But Trump, like Romney, seems to believe the country is indeed equally split between strivers and loafers. And last year Trump had no reluctance in demeaning 50 percent, not 47 percent.

His comment, not surprisingly, didn’t cause a stir. He’s been spraying a fire hose of outrageous remarks since he entered the presidential race, and this one got lost in the wash. It’s also a statement fully in sync with his arrogant schtick that divides the world into winners and losers. Though he’s now blasting Romney for the original 47 percent insult to Americans, Trump, too, apparently views many Americans as parasites. The only difference is that his estimate is higher.