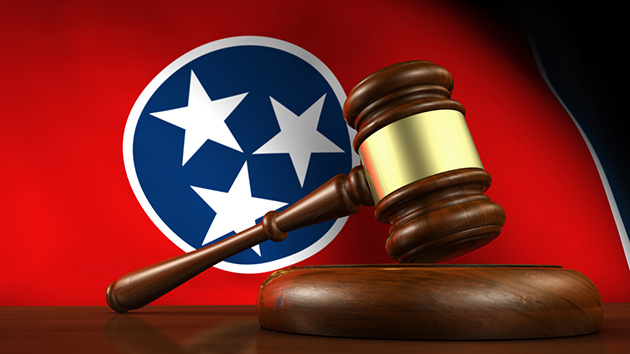 Update (7/7/2016): On Wednesday, July 6, Tennessee Attorney General Herbert Slatery declined to sue the federal government over refugee resettlement. However, he said he would not stand in the way if the legislature decides to hire private representation to file the lawsuit.

Update (5/20/2016): Governor Bill Haslam passively approved the resolution on Friday, May 20, allowing it to proceed without his signature. He deferred to Attorney General Slatery on whether to sue the federal government and whether the legislature may hire outside counsel. Slatery has previously stated that he does not believe the state has the right to refuse the resettlement of refugees in Tennessee. In making the announcement, Haslam reiterated his concern about the constitutionality of “one branch of government telling another what to do.”

Update (4/20/2016): The Tennessee legislature passed Senate Joint Resolution 467 on Tuesday, April 19, paving the way for the state to sue the federal government over its refugee resettlement program. The resolution now heads to Governor Haslam’s desk where he can choose to veto it, sign it, or avoid touching it altogether. Haslam has expressed concerns about the resolution in the past but has not stated whether he will approve or reject it.

Tennessee lawmakers are on the verge of launching an unusual lawsuit against the Obama administration’s efforts to bring Syrian refugees to their state.

A joint resolution working its way through the Tennessee General Assembly would order the state’s attorney general to sue the federal government over its refugee resettlement program. If the AG refuses, outside lawyers will be brought in to take the case. The case also could proceed without the support of Gov. Bill Haslam, a Republican, who has expressed concerns about the precedent such a move might set. The resolution passed the state Senate with an overwhelming majority last month and will face a final round of committee hearings in the next few weeks before moving to a floor vote in the Republican-controlled House, where it is expected to pass.

The proposed lawsuit hinges on the claim that Tennessee is being illegally forced to dedicate funds to supporting refugees whom the state never agreed to admit. Supporters of the resolution point to the 2012 decision in which the Supreme Court struck down the Affordable Care Act’s requirement that states expand Medicaid. Some Tennessee legislators argue that just as the state has the right to opt out of that federal program, it should also have the right to opt out of the federal refugee resettlement program. The proposed lawsuit would make the Volunteer State the third to challenge refugee resettlement in court, but the first to do so based on the 10th Amendment, which limits federal powers over the states.

If Tennessee’s attorney general refuses to handle the case, outside lawyers will be brought in to take it.

“We’re dealing with federal coercion and commandeering of state resources,” state Rep. Terri Lynn Weaver, a Republican who has been a leading advocate for the resolution, testified last week. (A report commissioned by the Tennessee legislature in 2013 concluded that refugees contribute almost twice as much in taxes as they cost the state. The director of the Tennessee Office for Refugees recently testified in front of the House State Government Subcommittee that the refugee resettlement program adds $15 million to the state’s economy annually.)

The tug-of-war between states and the federal government over immigration isn’t new. But it has gained new traction because of the massive exodus of Syrian refugees and the rise of ISIS. Following the Paris terrorist attacks last November, more than half of all state governors said they didn’t want Syrian refugees resettling in their states. Since then, a wave of bills designed to block or delay the resettlement process have cropped up across the country.

If the lawsuit proceeds, Tennessee is poised for an unprecedented political and legal battle. In addition to the governor’s and the attorney general’s reluctance to endorse it, Democrats and moderate Republicans have also objected to it. But if state Attorney General Herbert Slatery refuses to head the case, the Thomas More Law Center, a conservative legal group, has agreed to represent the General Assembly free of charge. The center has been preparing this type of lawsuit for months and had been shopping around for a plaintiff since last year.

The potential suit also faces a number of legal hurdles. Existing law gives the federal government broad authority over immigration, rooted in the the constitutional provision that Congress establish a “uniform Rule of Naturalization.” In 1952, Congress invoked that power to enact the Immigration and Nationality Act, which entrusts the president with the authority to decide how many refugees to admit. The 1980 Refugee Act lays out the overall terms of refugee resettlement, giving the federal government the authority to determine where refugees are placed. In 2012, the Supreme Court ruled that the federal government has “broad, undoubted power over immigration and alien status” that preempts most state involvement in immigration matters.

Tennessee Republicans argue that the state should be able to veto any plans to send refugees to their state.

Tennessee’s lawmakers also argue that the Obama administration is violating the Refugee Act’s requirement that the federal government consult with states over the intended distribution of refugees. Under that law, they say, Tennessee should be able to veto any plans to send refugees to their state or should be able to withhold its funds from being spent on refugees. Texas and Alabama are also making a similar claim in current lawsuits against the federal government. Texas is trying to block the resettlement of a Syrian refugee family, while Alabama is seeking to compel the government to provide detailed personal information about each refugee coming into the state.

So far, this argument hasn’t held up in court. In February, a federal judge in Texas ruled that the state cannot override the federal government’s decisions about refugee resettlement. The mandated consultation between the feds and the states is “best understood as an ongoing, dynamic process,” he wrote. He concluded that the state’s lawsuit was “unlikely to succeed on the merits.”

It’s hard to say whether the Tennessee case will hold up in court, according to Karla McKanders, a professor of immigration and asylum law at the University of Tennessee’s College of Law. But it is unlikely that any federal judge would allow the state to deny entry to refugees, she says. Once refugees are legally admitted into the United States, they are free to live wherever they like—just like any other US resident. Tennessee’s Republican attorney general has also said as much. In response to the question of whether the state can refuse refugees, Attorney General Slatery has said that “such a refusal would impinge on and conflict with the federal government’s authority to regulate the admission of aliens to the United States and thus would violate the Supremacy Clause of the US Constitution.” Both McKanders and Cecillia Wang, director of the American Civil Liberties Union’s Immigrants’ Rights Project, say it would be unconstitutional for states to refuse entry to refugees or deny them access to social services once they’ve been lawfully admitted into the country.

Ultimately, these immigration law experts say, there is little ambiguity about who’s in charge of refugee policy. “It’s just so clear under the federal statute that the federal government makes decisions about refugee admissions and about refugee resettlement. The statutes passed by Congress could not be any clearer about the limited role of states in that process,” says Wang. “In Tennessee, their arguments are based on legal fantasy.”