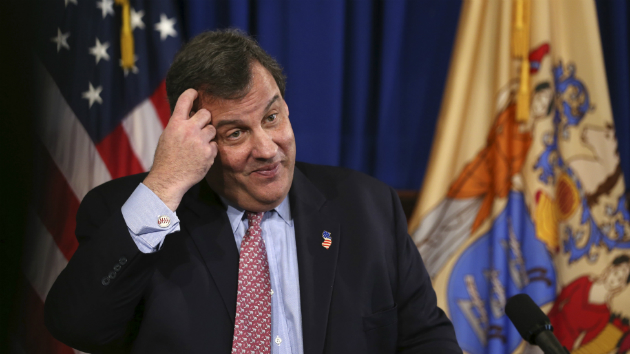 At the end of February, Chris Christie’s failed presidential campaign was nearly broke. After blowing through $8.1 million, it had just $286,000 left to wind down the remnants of Christie’s presidential bid. When most campaigns call it quits, there are still invoices coming in and old bills to pay, but campaigns don’t usually have much in the way of assets to help them cover lingering costs. That’s why it’s not uncommon for campaigns to leave some laid-off staffers or vendors unpaid and out of luck. But Christie’s campaign found a way to spin gold out of what may have been the only hard asset it had left: office furniture.

Although office furniture isn’t usually a great investment, Christie may have picked up some tips on dealmaking when he backed the Donald Trump campaign. Christie’s campaign managed to unload its used office furniture for nearly 2.5 times the price it had originally paid for it. The campaign may have also violated campaign finance rules when it turned this impressive profit.

According to disclosures made with the Federal Election Commission on Friday, the campaign sold its used office furniture to a group called Leadership Matters for America PAC on March 9, for $22,769.85. That group is no disinterested party: It’s the leadership PAC set up by Christie before he launched his presidential campaign—a political committee that is allowed to finance Christie’s political interests generally, but is limited to providing just $5,000 worth of assistance to any actual campaign for public office that Christie might make.

And that’s where the problem may lie.

According to its own filings, the Christie presidential campaign bought just $6,889 worth of office furniture last July when it kicked off, giving the campaign a profit of more than $15,880. (It rented another $401 worth in October.) That’s a yuuugely successful furniture sale, as Christie’s new mentor might say.

The FEC has dealt with this issue before. Campaigns may legally sell old assets (usually office furniture) but can’t sell them for more than they are worth.

“Unless they already made a gift, the leadership PAC could pay the campaign up to $5,000 above the normal value of the furniture—$5,000 being the limit on PAC contributions to a candidate, per election,” says Sheila Krumholz, executive director of the nonpartisan Center for Responsive Politics (where I used to work). “So unless the campaign has receipts showing that they paid more or evidence that they got a great deal on furniture that’s actually worth more, the leadership PAC has likely exceeded the contribution limit.”

The leadership PAC had already made a $5,000 gift to the campaign in early February, so it could not have bought the furniture for more than it was worth without making an improper gift. Office furniture does not usually appreciate in value, meaning that unless the campaign bought the furniture for a real bargain in the first place, the improper gift could be even bigger than $15,900. Splitwise, a website and app that calculates fair values, estimates that $6,800 of furniture purchased new less than a year ago would now be worth around $5,800 if it’s in nearly new condition. And if most campaign offices are any indication, it probably isn’t.

Update: Palatucci said that the sale of equipment to the leadership PAC included items other than just simple office furniture. Although both organizations had the same treasurer, he said he was not sure why the campaign might have had a more narrow definition of what constituted office furniture when it reported its purchases, but he said the campaign had records to show the equipment sold was worth the amount it charged the leadership PAC.

“There was lots of very expensive sound and lighting equipment and other office equipment, that is fully accounted for, and inventoried, so to insinuate that somehow there was a report was anything but accurate would be false,” Palatucci told Mother Jones.