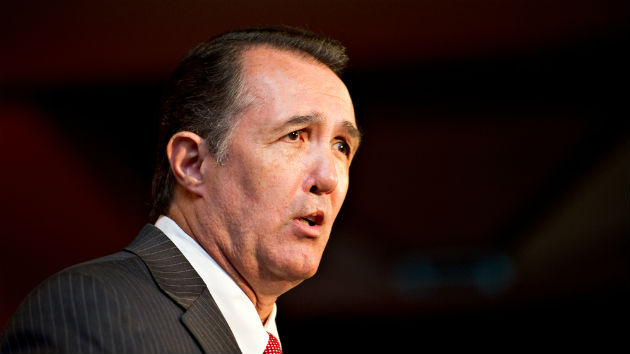 Republicans in Congress are trying to end race and sex discrimination—in the womb. The Prenatal Nondiscrimination Act (PRENDA) would ban abortion on the basis of the race or sex of the fetus. Republicans say the measure is necessary to protect the civil rights of African Americans and women.

“It took the Civil War to make the state-sanctioned practice of human slavery come to an end,” said Rep. Trent Franks (R-Ariz.), the bill’s author, during a recent hearing on the measure. “One glaring exception is life itself, the most foundational civil right of all.”

According to Franks, who has introduced various versions PRENDA since 2008, ending race- and sex-selective abortions is the “civil rights struggle that will define our generation.” During a hearing by an all-male committee earlier this month, Franks also noted that upward of 50 percent of African American babies are “killed before they’re born,” and that “a Hispanic child is three times more likely to be aborted than a white child.”

The proposed measure would make it illegal for a physician to perform on abortion on a pregnant woman who wants the procedure because the fetus isn’t her desired sex or race. Under the measure, the father of the unborn child and the pregnant woman’s parents could sue a physician who performs such an abortion. Doctors would also be required to report suspected cases to law enforcement.

It’s unclear where Franks is getting his numbers. A 2012 Guttmacher report found that evidence of sex- and race-based abortions in the United States is limited and inconclusive. According to the report, two studies using 2000 US census data found that although the sex ratio of first-born children was normal in families of Chinese, Indian, and Korean descent, those families did have a preference for sons in second and third births. The authors in that study were unable to conclude whether the imbalance was caused by abortion or fertility treatments.

But in a single 2011 study, commonly cited by PRENDA advocates, 65 Indian Americans who were interviewed had practiced sex selection, through either fertility treatments or abortion.

More recent data suggests that contrary to some stereotypes, Asian American communities are not biased in sex selecting for sons. A 2014 report by researchers at the University of Chicago Law School and two abortion rights groups analyzed population data from 2007 to 2011 and found that Chinese, Indian, and Korean Americans have more girls that white Americans.

Evidence to suggest that black and Hispanic communities are targeting their abortions is even less clear. According to Guttmacher, abortions are more common in black communities than white ones because unintended pregnancies are also more common. As a result, African American women get abortions at a rate five times higher than white women. “The truth is that behind virtually every abortion is an unintended pregnancy,” wrote Susan A. Cohen in a 2008 article on abortion and women of color.

In a letter to the House, the Leadership Conference on Civil and Human Rights, a coalition of 200 civil rights organizations, points out that health and economic disparities of black and Hispanic women are likely to blame for increased abortion. “African American women and Latina women have less access to contraception, prenatal care, and other critical reproductive health services, resulting in stark disparities across a number of sexual and reproductive health indicators,” the Leadership Conference wrote.

Loretta Ross, the national coordinator of SisterSong, a reproductive justice organization for women of color, told Mother Jones in 2011, “It’s kind of hard to find evidence that a black woman is going to have an abortion because she’s surprised to find her baby is black. It just strains credulity to think that’s a problem. I mean, she wakes up in the morning and says ‘Oh my God! My baby’s black!’?”

According to abortion rights advocates and Democratic legislators, the measure could increase discrimination against pregnant women, particularly women of color, by forcing doctors to speculate on the reasons their patients seek abortions, and then requiring the physicians to report suspected discriminatory abortions. Because of stereotypes that Asian communities prefer male children, advocates worry that Asian women would be especially vulnerable to profiling by their physicians.

“This bill is so horrendous that I could not believe it when it was first brought up,” said Rep. Judy Chu (D-Calif.). “It is a nightmare. This is a piece of legislation that would impose criminal penalties on providers and limit the reproductive choices of women of color and all women.”