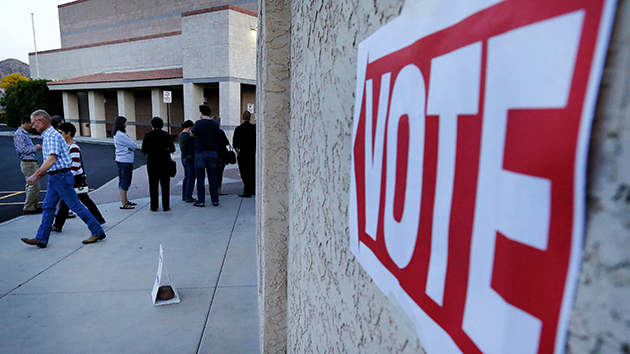 The long lines in Maricopa County's March 22 elections have inspired some to run to replace the county's top election official.Matt York/AP

A week after the botched election in Maricopa County, Arizona—when thousands of people waited hours to cast their ballots—the state’s House Elections Committee got an earful from angry voters.

One of them, local criminal defense attorney Adrian Fontes, stepped to the lectern and ripped into the state’s legislature and Helen Purcell, the county’s chief elections official.

“A political culture that worships at the altar of slashing budgets will eventually lead to the complete collapse of our most sacred democratic institutions: the right for Americans to vote,” he said at the hearing on March 28. “You are as responsible for this as anyone else.”

He concluded, to cheers (and an attempt by the committee chair to cut him off), “I do not want Helen Purcell to resign. I want to beat her at the ballot box.”

That’s exactly what he’s trying to do. Outraged by the long lines at the March 22 election, Fontes filed his paperwork the next morning to run for county recorder. Purcell, a Republican, has been the recorder since 1988 and is currently in her seventh term. Maricopa County has been a Republican stronghold for decades; Mitt Romney carried the county by 10 points in 2012.

Aaron Flannery, a Republican from the Phoenix suburb of Glendale, also plans to run against Purcell.

The election in Maricopa County, where voters made their choices for the Democratic and Republican presidential nominations, made national headlines for its lines that stretched as long as five hours. There were also questions as to why county election officials decided to cut the number of voting places from 200 to 60, and accusations that the distribution of those locations adversely affected minority neighborhoods. The state’s House Elections Committee held a contentious hearing the Monday following the election about the bungled election, and five days later, the US Department of Justice, citing concerns about the wait times and the impact to minority communities, opened an inquiry into the election. Arizona Secretary of State Michelle Reagan will hold several public meetings this week to talk about the matter.

Fontes, 46, tells Mother Jones that he’s been thinking about the state of elections in Marciopa County since he nearly ran for a state House seat in 2014. (He’d filed paperwork to run but ended up not running after all). Since then, he’s been active in local Democratic Party politics.

“We’ve been watching our right to vote deteriorate for several election cycles,” he said, “and this was the straw that broke the camel’s back.” Fontes, a former US Marine and lawyer with experience in Arizona, Colorado, and in federal courts in California, says he’s not sure the County Recorder should be a partisan position, because it requires a person who will go to bat for all voters.

During his testimony before the House Elections Committee, he said Arizona’s primary (technically called a “presidential preference” vote) should be modified to let all registered voters participate—not just those registered with one of the major parties—and he called for a re-vote to occur on June 7. 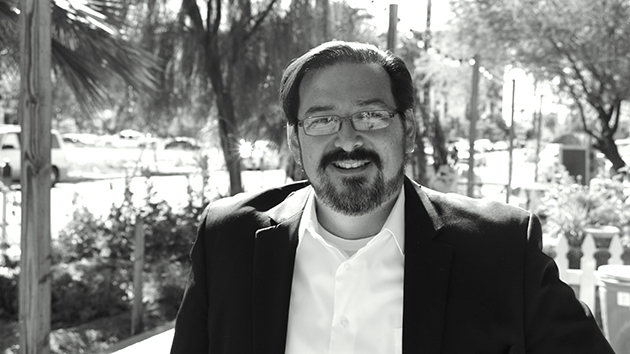 Fontes sees the problems as part of a years-long pattern of systemic voter suppression. Until 2013, Arizona was one of 16 states that were covered under Section 5 of the Voting Rights Act, requiring them to get federal approval for changes to election procedure or law. In 2013, the Supreme Court struck down the underlying formula behind Section 5, so Arizona and the other “pre-clearance” jurisdictions could make any changes they wanted. If Arizona had still been under pre-clearance, the decision to cut polling locations by 70 percent would likely have required federal approval and may not have been carried out.

Fontes says the long lines were a form of “poll tax” and were no accident. “If you’re a working person, you’ve got two or three jobs, you can’t afford five hours out of a working day,” he says. “You just can’t. Not only for those folks, but for the veterans who are disabled, for the nonveterans who are disabled. For the elderly. For single parents with kids. This wasn’t just an inconvenience. This was a deterrent, an intentional deterrent to keep people from voting.”