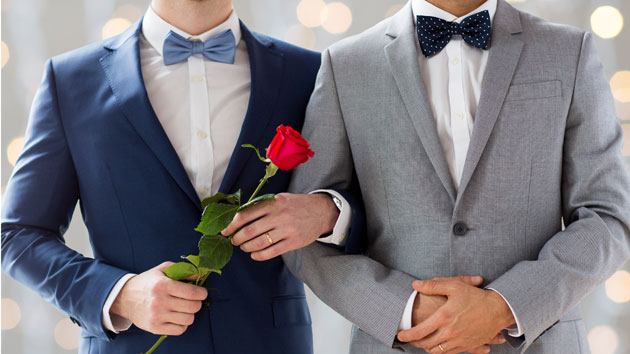 Update (7/1/2016): A federal judge has blocked the Mississippi law, shortly before it was to go into effect, that offered special protections to people who oppose same-sex marriage. In a 60-page ruling Thursday night, Judge Carlton W. Reeves described the Religious Liberty Accommodations Act as “a vehicle for state-sanctioned discrimination on the basis of sexual orientation and gender identity.”

Update (4/5/2016): Gov. Phil Bryant on Tuesday morning signed the Religious Liberty Accommodations Act into law, making Mississippi one of the most anti-LGBT states in the nation.

In a statement, Bryant said the new law would protect the moral convictions and religious beliefs of Mississippi citizens.

“The bill does not limit any constitutionally protected rights or actions of any citizen of this state under federal or state laws,” he wrote. “The legislation is designed in the most targeted manner possible to prevent government interference in the lives of the people from which all power to the state is derived.”

The Mississippi House of Representatives passed a sweeping anti-LGBT law on Friday that will make it easier to discriminate against gender and sexual minorities in the state.

The so-called Religious Liberty Accommodations Act is meant to protect people, businesses, and organizations with “sincerely held” religious beliefs about the sanctity of traditional marriage. The bill also says gender is determined by “an individual’s immutable biological sex as objectively determined by anatomy and genetics at time of birth.”

The Mississippi measure comes on the heels of similar anti-LGBT bills passed in North Carolina and Georgia in March. The North Carolina law was widely regarded as the broadest anti-LGBT law in the country for requiring transgender people from to use the restroom of the sex listed on their birth certificate and striking down existing LGBT nondiscrimination statutes. Georgia’s bill was vetoed by Gov. Nathan Deal.

Here are some of the bill’s provisions:

During a brief debate on the bill, opponents said the bill was a step back for the state. Proponents said it would protect Mississippians from religious discrimination.

“We should not be intimidated, not buy into the April fool’s propaganda being disseminated by national media,” said Rep. Andy Gipson, an author of the bill. “This is an anti-discrimination bill.”

The bill overwhelmingly passed the House by an 85-24 vote. The Senate approved the measure once in March but will vote on it a second time next week because Democrats have asked for a procedural vote on Monday—likely as a delaying tactic.

If the state Senate approves the measure next week, it will go to Gov. Bryant’s desk for a signature. All indications are that he will sign. Earlier this week, Bryant said he doesn’t think the bill is discriminatory. “I think it gives some people as I appreciate it, the right to be able to say, ‘That’s against my religious beliefs, and I don’t need to carry out that particular task.'”

But when asked by reporters about his intentions on Friday, Bryant said he has not made up his mind yet because he still needs to “look at it” and decide.