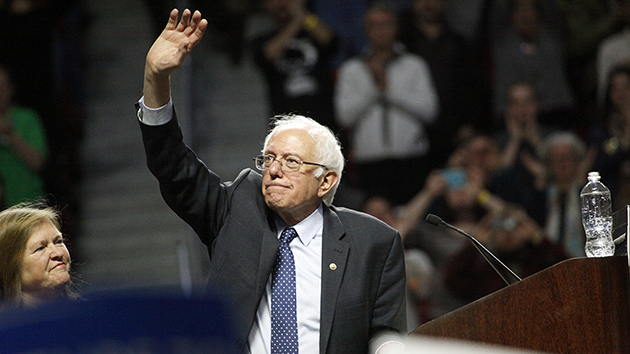 Bernie Sanders won the Democratic caucuses in Wyoming on Saturday, adding to his winning streak over the past several weeks. Sanders captured 56 percent of the vote, to 44 percent for Hillary Clinton.

Small and overwhelmingly white, Wyoming fits the profile of a Sanders-friendly state. Sanders has also performed better in states that hold caucuses rather than primaries.

But Sanders’ margin of victory wasn’t enough for him to cut into Clinton’s lead in pledged delegates. Each candidate won seven delegates in Wyoming.

Both campaigns put in appearances in Wyoming during the past week. The Clinton campaign sent Bill Clinton to stump for his wife. On Tuesday night, 1,800 people attended a Sanders victory rally at the University of Wyoming in Laramie, after he won the Wisconsin primary that evening.

Wyoming will send 14 pledged delegates to the party’s national convention in Philadelphia this summer, as well as four unpledged superdelegates.