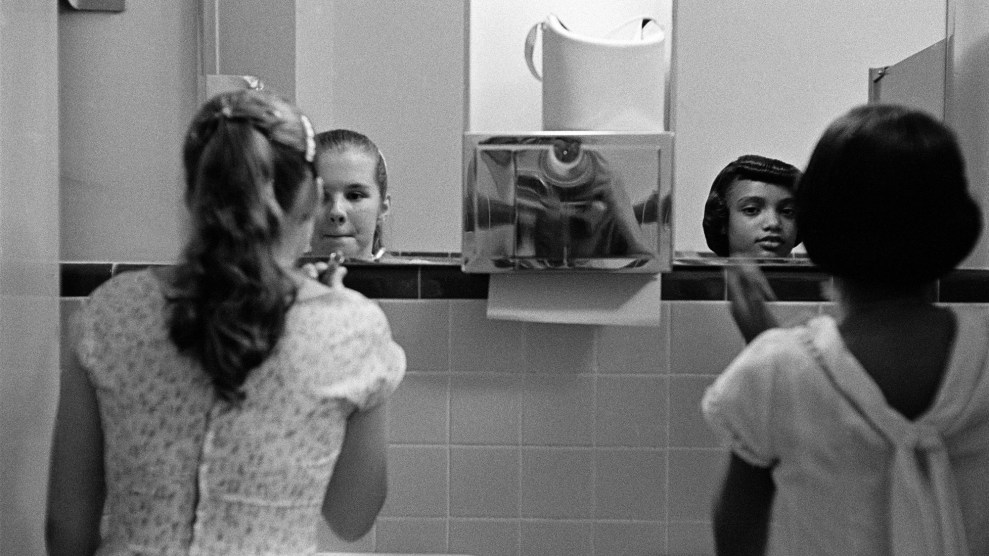 The battle over public toilets in North Carolina is pretty much overflowing. Last week, the Justice Department threatened to sue the state, or strip some of its federal funding, if it did not scrap its divisive law barring transgender people from using bathrooms that match their gender identity. On Monday, North Carolina’s governor responded by suing the Justice Department, accusing it of “baseless and blatant overreach”—and of “being a bully.” The Obama administration promptly countersued, describing the restroom restrictions as “impermissibly discriminatory.” (And did you catch that speech by Attorney General Loretta Lynch?) If the feds make good on their threat, the University of North Carolina stands to lose more than $1.4 billion.

Why is everyone suddenly so fired up about bathrooms and gender? Well, it turns out this kind of blowout is nothing new. During the Victorian era, English women had to fight for access to public bathrooms, which were only available for men. During the civil rights era, efforts to block black Americans from public toilets sometimes turned violent. We looked back at some of the bathroom freakouts that have brought us to where we are today. 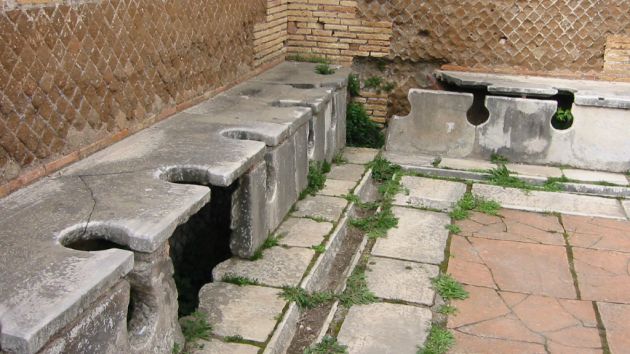 2nd century B.C: In Rome’s public latrines, men and women sit side by side on a marble slab, socializing as they do their business—and wiping with a shared sponge on a stick.

1739: A Parisian restaurant rolls out some of the first sex-segregated public toilets for a ball.

1878: Rose Adams of the Ladies Sanitary Association urges London church authorities to create public restrooms for women. Such facilities, she writes, would “help a class who naturally find it difficult to ask for public consideration in this matter, while experiencing grievous suffering.”

1887: To protect women and maintain “separate spheres,” Massachusetts mandates ladies’ rooms in the workplace. By 1920, 43 states require them.

Late 1800s: Jim Crow laws mandate “white only” and “colored only” bathrooms and drinking fountains in the South. 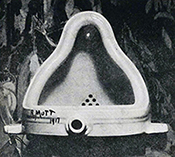 1917: The French conceptual artist Marcel Duchamp submits a urinal on a pedestal for entry in an exhibition. The work is rejected. In 2002, a similar Duchamp urinal sells for nearly $1.2 million.

Post-WWII: Police departments intensify a crackdown on gay sex in public bathrooms, publicizing the names of men who get caught.

1954: Noting a flurry of sick notes excusing white girls from gym showers, a vice principal at Central High in Little Rock, Arkansas, concedes that the cause is “probably desegregation.” 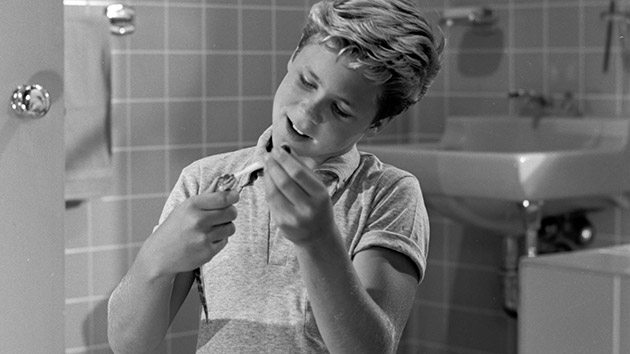 1957: CBS refuses to air the pilot for Leave It to Beaver—in which Wally and the Beav hide a mail-order alligator in the tank of the family toilet—until the episode is scrubbed of shots of the toilet bowl.

1964: A top aide to President Lyndon Johnson is arrested for having oral sex with a man in a YMCA bathroom, resigning after word gets out. “I couldn’t have been more shocked,” Johnson says, “if I’d heard Lady Bird had tried to kill the pope.”

1966: A black student at Tuskegee Institute in Alabama is shot and killed by a gas station attendant after trying to use the “whites only” bathroom. Thousands take to the streets in protest. 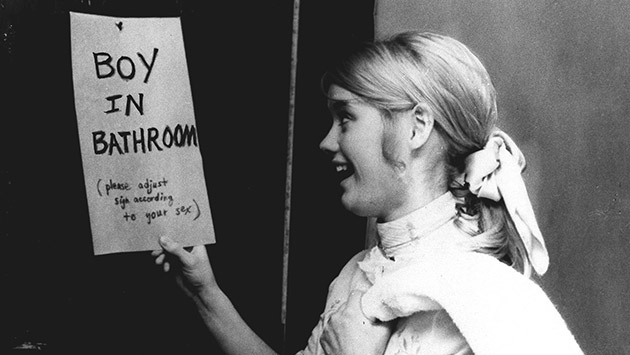 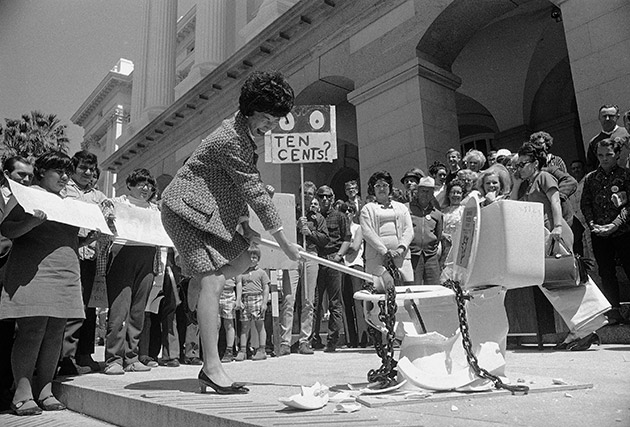 1969: California Assemblywoman March Fong smashes a commode with a sledgehammer on the steps of the state Capitol to protest pay toilets, which are unfair to women, she says, because men get to use urinals for free.

1970s: Opponents of the doomed Equal Rights Amendment spread fears that it will lead to coed bathrooms. “Do you want the sexes fully integrated like the races?” an opposition pamphlet asks.

1973: In his opening monologue, Tonight Show host Johnny Carson, based on erroneous information, jokes about “an acute shortage of toilet paper.” His viewers go on a buying binge, resulting in an actual shortage.

1981: The University of Massachusetts nixes coed bathrooms after parents complain about “the morality of things.” The Army does likewise after Stars and Stripes runs photos of American male and female troops in Europe grooming side by side. 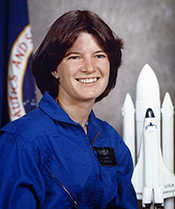 1990: In a case dubbed “Pottygate” by reporters, Denise Wells, 33, stands trial in Texas for using a men’s room at a concert venue to avoid long lines at the women’s room. She is acquitted, but not before hundreds of women offer to pay her fine.

1993: The Senate finally installs a ladies’ room on the legislative floor, but female House members won’t get their own bathroom until 2011.

1996: Pottygate II? A man sues the city of San Diego for $5.4 million, claiming he felt “violated” when a group of women entered the men’s room at a rock concert while he was using the urinal. A judge rules his suit “frivolous.” 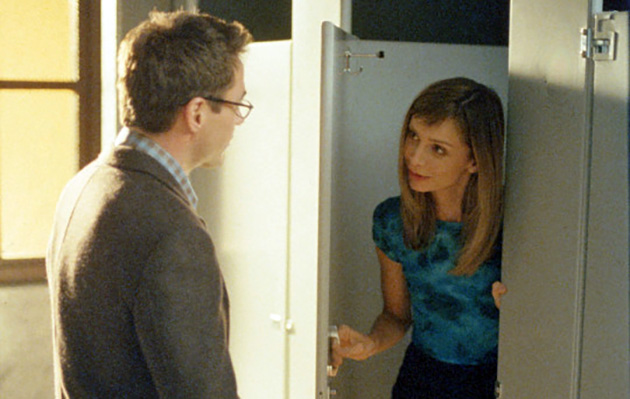 1998: The coed WC in the legal comedy Ally McBeal is “the most talked-about bathroom on TV,” writes USA Today. “I don’t think our clients are ready for that,” one real-life lawyer tells the Chicago Tribune. But the show ends up inspiring a slew of unisex bathrooms.

2000: The Massachusetts Bay Transportation Authority spends $8,000 to turn a former porter’s closet into a bathroom for a transsexual employee.

2006: A former employee is convicted for secretly recording video of women and girls on the toilet in a unisex bathroom at New Mexico’s Department of Transportation. 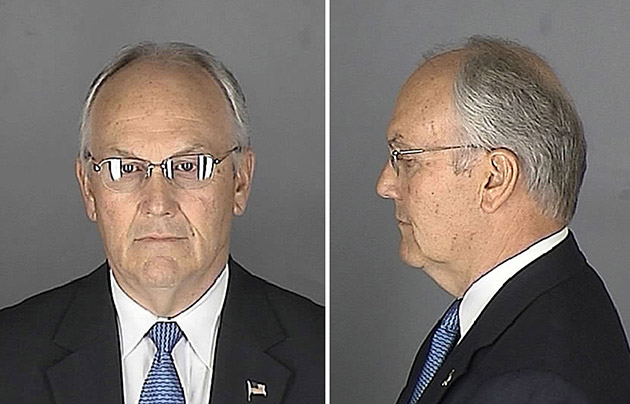 2007: Larry Craig, an Idaho senator with an anti-LGBT record, is arrested for allegedly soliciting sex in an airport men’s room. He pleads guilty to disorderly conduct but claims the whole thing was a misunderstanding: “I am not gay, I have never been gay.” He is allowed to finish his term but does not seek reelection.

2013: California passes a law that lets transgender students choose which school bathroom to use. GOP Assemblyman Tim Donnelly responds by pulling his 13-year-old son out of public school. 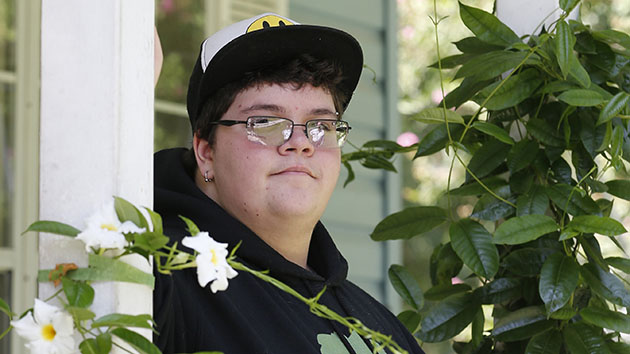 2014: Gavin Grimm, a transgender boy at Virginia’s Gloucester High School, uses the boys’ room without incident until the school board cracks down. The ACLU sues on the boy’s behalf—”It is important to me to live life like other boys do,” Grimm says—but loses. Two years later, a federal appeals court sides with Grimm, kicking the case back to a lower court for a rehearing.

March 2016: North Carolina passes a law restricting public-bathroom access to the sex listed on a person’s birth certificate. The legislation, a first, draws widespread condemnation. “There is absolutely no way to enforce this,” a Democratic state legislator tells Mother Jones. “It is an utterly ridiculous law.”

April 2016: Celebrity gossip site TMZ reports that crew members for Transparent, an Amazon TV drama about a transgender dad, are “up in arms” over the set’s gender-neutral bathrooms. (Amazon refuses to comment.) 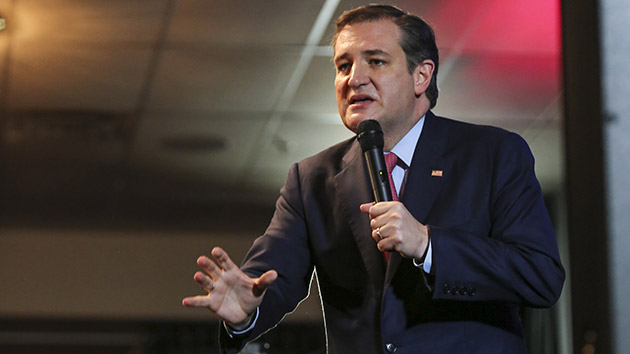 April 2016: After Donald Trump questions the need for the North Carolina law, his GOP rival pounces: “Donald said on television this morning that, gosh, men should be able to go into the girls’ bathroom if they want to,” Ted Cruz tells supporters. “Now let me ask you, have we gone stark raving nuts?”

May 2016: North Carolina sues the Justice Department for alleged overreach following the department’s threat to strip the state of federal funding if it lets the law stand. The feds quickly countersue. “State-sanctioned discrimination never looks good in hindsight,” Attorney General Loretta Lynch says in a speech. “It was not so very long ago that states, including North Carolina, had signs above restrooms, water fountains, and on public accommodations keeping people out based upon a distinction without a difference. We have moved beyond those dark days, but not without pain and suffering…Let us write a different story this time.”

May 2016: The Department of Education warns public schools across the country that they might lose federal funding if they block transgender kids from the bathroom of their choice. Twenty-three states later sue the Obama administration over this warning.

July 2016: The NBA announces that it’s pulling the 2017 All-Star Game from Charlotte, North Carolina, in protest over the state’s bathroom law.

August 2016: After a lower court gives Gavin Grimm, the transgender boy in Virginia, temporary permission to use the boys’ room at his school, the Supreme Court deals him another blow. The justices temporarily block him from the boys’ room while they decide whether to take up his case themselves.