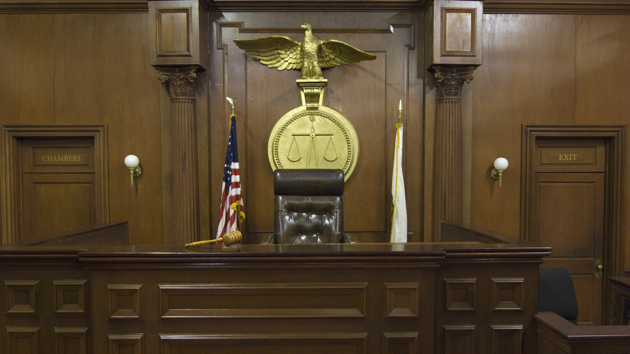 There’s a growing judicial crisis created by Senate Republicans, and it’s not the one that’s been making headlines. While Democrats have publicly hammered the GOP’s refusal to consider Merrick Garland’s nomination to the Supreme Court, Republicans have mounted an equally important, if quieter, effort to block President Barack Obama’s nominees to other federal courts, creating widespread vacancies in courts across the country.

As a presidential election nears, it’s not unusual for the party opposing the president to slow the pace of judicial confirmations. There’s even a term for it: the Thurmond Rule, named for the late Sen. Strom Thurmond, who blocked election-year appointees from Lyndon Johnson and Jimmy Carter. (It’s far from an iron-clad rule, though. Past Congresses have confirmed many presidents’ late-term appointees.) But the current Republican leadership has taken this pattern to an unprecedented level. From the moment Republicans won the Senate majority in 2014, they’ve put a halt to the judicial confirmation process. As a result, the backlog is far greater than in past presidential election years, making it likely that dozens of key spots on the bench will go unfilled by Obama nominees.

Since taking control of the Senate in early 2015, Republicans have confirmed only 17 federal judges, a historically low number. The Senate confirmed just 11 judges in 2015, the fewest since 1960. There have been only two appellate court judges approved since Republicans took control, with seven appeals court nominations left pending. If the Senate doesn’t confirm any appellate judges this year, it will have confirmed the fewest since the 1897-98 session, when there were just 25 circuit court judges nationwide, compared with 179 now.

“Historically, we’re in nearly unprecedented ground here,” says Kyle Barry, director of justice programs at the liberal Alliance for Justice. “What’s happening with Judge Garland is really part and parcel with how the Senate has been treating judicial nominees generally. The pace has been so historically bad, we’ve been seeing what amounts to outright obstruction.”

At the end of 2015, Senate Majority Leader Mitch McConnell, a Republican, agreed to let five judges get a vote before Presidents’ Day this year—a commitment that he followed through on. But only one additional judge has has been confirmed since then. Republicans would have to go on a spree of votes for the rest of the year to match the 68 judges that President George W. Bush got through the Democratic Senate in the last two years of his presidency—38 of whom had already been confirmed by April 2008.

It’s not for lack of nominees that the pace of confirmations has been so slow. There are 87 current vacancies and 61 judicial nominations before the Senate, including Garland’s. Of those, just 20 have cleared the first procedural hurdle, winning approval from the Senate Judiciary Committee. Those 20 nominations are languishing on the Senate floor, awaiting a vote from the full body before the judges can take the bench.

Democrats aren’t ignoring the problem. Last week, led by Sen. Chuck Schumer of New York, they went to the Senate floor and tried to push for unanimous consent to vote on nominees whom they characterized as noncontroversial. “We are urging our colleagues to do their jobs,” Schumer said. McConnell objected to their motion and blocked consideration of the nominees.

Republicans have defended their stonewalling by saying they are treating Obama fairly. Over his full term in office, they note, the president has had 20 more judges confirmed than George W. Bush had by this point. But Obama has also faced a greater number of vacancies than Bush did. As the Brookings Institution’s Russell Wheeler noted last month, the number of vacancies has been growing since the start of 2015, whereas Bush saw his vacancy rate decline over the equivalent period of his presidency.

Those empty seats on the bench aren’t distributed evenly throughout the country. On Thursday, the left-leaning Center for American Progress released a report highlighting the vacancy crisis in Texas, where there are currently 11 open judicial spots, with a 12th vacancy expected to come in the near future. Nine of those are considered “judicial emergencies,” a government designation for courts that are overburdened by empty seats. “Such an enormous backlog on the dockets of federal courts keeps families and businesses from obtaining the justice they need and deserve,” the report says, noting that 4,638 of 7,765 cases filed with the 5th Circuit in 2014 were left pending at the end of the year.