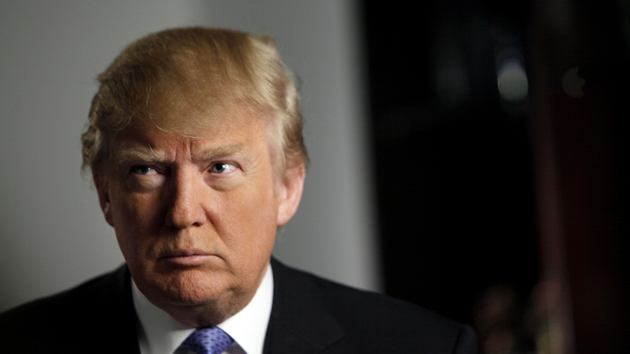 This week the big political news—so far—is the tête-à-tête between Donald Trump, the celebrity billionaire who has mounted a successful hostile takeover of the GOP, and Paul Ryan, the Republican congressman who was begged by his colleagues to assume the House speaker slot. Last week, Ryan, the senior elected Republican figure in the land, took a shot at Trump, the presumptive Republican presidential nominee, by noting he was not yet ready to endorse the tycoon. Trump subsequently complained he had been blind-sided by Ryan. The power non-couple quickly scheduled a pair of meetings in Washington slated for this Thursday. Party elders told reporters the goal of the sit-downs is to forge a path to party unity. (On Twitter, political observers pointed to the scene in The Godfather during which the mob families try to negotiate a truce.) Yet Trump has in the past demonstrated brazen disregard for Ryan.

In July 2011, Trump granted a long interview to conservative advocate Erick Erickson, in which he repeatedly blasted Ryan as a misguided ninny. At the time, Ryan was chair of the House budget committee, and a few months earlier he had issued a major plan to radically overhaul the federal budget. It called for slashing trillions of dollars from social programs for middle- and low-income Americans (while preserving tax breaks for the wealthy) and for essentially privatizing Medicare. It also urged reshaping Medicaid in a way that would likely reduce benefits for the poor. In his typically harsh manner, Trump accused Ryan of leading Republicans to ruin with this draconian proposal. “What he just did is destroyed the Republican Party,” Trump complained to Erickson.

Trump insisted that it was boneheaded for Ryan to start budget negotiations with President Barack Obama with a plan that targeted Medicare:

Look at the Democratic commercials. Everything is about Medicare, Medicare, Medicare…What Paul Ryan did is an unbelievable mistake. And it’s an unbelievable disservice for people who are running for office if they are Republicans. He shouldn’t have been one to initiate… It should have been Obama, we’re waiting for Obama to come out with a plan. He never comes out with a plan. He lets the Republicans strangle themselves.

Trump called the Ryan plan “political suicide for the Republican Party” and asserted that GOPers should disavow it. He insisted that the long-term financing problems of Medicare could be addressed by dealing with the “tremendous” waste and fraud in the program. And he kept smacking Ryan: “I don’t know him, he seems like a nice guy, who cares. I’d rather have him not be a nice guy. But be a smart guy. I can tell you this: He’s a bad poker player, and he’s a bad chess player.”

At the time, congressional Republicans were in a pitched battle with Obama over whether to raise the debt ceiling—GOPers were threatening to not approve a boost in the government’s borrowing ability and experts were noting such a move could lead to an international financial crisis—and Trump pointed out that Ryan was AWOL in this debate: “I would be willing to bet you that the [GOP] leadership told Paul Ryan to stay under cover, to get lost. And I think they’re doing a smart thing in doing that. I really liked him a lot. I thought he was good. And he came out with this plan. And I said this guy doesn’t know what he’s doing.” (Trump also predicted that the Democrats would take back the House in 2012 due to the Ryan plan—a prophecy that did not hold.)

You can watch Trump light into Ryan:

Medicare is very, very popular thing with the people…A lot of people consider it wonderful…We should build our country to be a wealthy country again so we can afford to have good programs. And that I believe in much more strongly than I believe in Paul Ryan’s plan, which really is a dismantling [of Medicare] to a large extent.

Trump was echoing the Democratic critique that Ryan’s plan would weaken Medicare and put seniors at risk. And earlier in the year, he was on Fox News, saying that Ryan was falling into a Democratic trap by calling for transforming Medicare. He noted, “I don’t care what plan the Republicans put, I’m protecting the seniors.”

Ryan’s Medicare plan is not likely to be on the table when Trump and the speaker sit down together this week. Mending the political relationship between the top two leaders of the GOP is presumably the top priority. (GOP Chairman Reince Priebus will be present for one of the confabs.) And there’s a fair bit to repair. In recent days, Trump wouldn’t rule out removing Ryan as the chairman of the GOP convention, and Sarah Palin, a prominent Trump cheerleader, declared she would help Ryan’s opponent in the GOP primary. (Ryan said he would step down as the convention chief if Trump requested that.) The tensions between Trump and Ryan reflect the civil war within the party between those Rs looking for an accommodation with Trump and those who consider him an unacceptable, know-nothingish candidate who could well guide the party to catastrophe.

In the run-up to the Thursday meetings, Trump did say of Ryan, “I’ve always liked him.” Perhaps. But in his Trumpian fashion, Trump not long ago was publicly deriding Ryan as a political boob. GOPers hoping that Trump and Ryan can reach a modus vivendi ought to worry that Trump may not have changed that opinion.