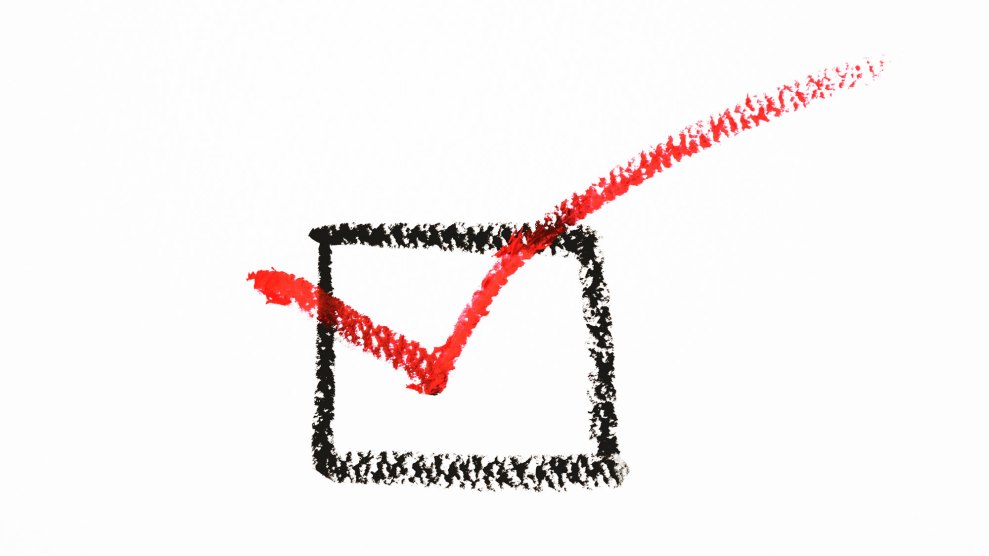 As a bipartisan consensus on the need for criminal justice reform has solidified in recent years, one of the changes advocates have pushed for is “banning the box”—that is, removing from job applications the box people must check if they have had a felony conviction. Ban-the-box laws don’t prevent employers from asking applicants about a criminal record, but rather delay the questioning until later in the process, after an applicant has made it past that first hurdle. The idea is that applicants with criminal records can then get an honest opportunity for consideration, as opposed to being eliminated from the get-go.

Ban the box has also been touted by civil rights groups as a way to reduce unemployment among young black men (who disproportionately have criminal records) and thereby to lessen the racial employment gap. Twenty-three states have passed ban-the-box laws that apply to public employers, while nine also apply the policy to private employers. Last November, President Obama directed federal agencies to remove the box from applications for federal gigs.

The study examined callback rates for fictitious applicants for about 15,000 entry-level jobs.

A new study, however, suggests that while banning the box helps applicants with criminal records, it may actually hurt applicants of color who don’t have one. Conducted by Sonja Starr, a professor at the University of Michigan Law School, and Amanda Agan, a professor of economics at Princeton, the study examined callback rates for about 15,000 job applications. The fictitious applicants were 21-22 years old, with similar educational backgrounds and employment histories. They sought employment in actual low-skill, entry-level positions in a variety of industries at 4,300 business locations in New Jersey and New York, both before and after each state adopted its ban-the-box law in 2015.

For the applications, the researchers used real names—selected using New Jersey and New York birth certificate records and data on race and name association—that were suggestive of one race or another. Before the ban-the-box laws were enacted, 39 percent of the employers in question asked about an applicant’s criminal history, but they could no longer do so because of the law. Those employers called back 10.5 percent of all black applicants and 11.2 percent of all white ones before ban-the-box. But afterwards, overall callback rates dropped for black applicants and rose for whites—widening the racial callback gap from a mere 7 percent to 45 percent. That’s despite the fact that callback rates for both black and white applicants with felony convictions rose between 1 and 2 percent after ban-the-box.

Why, then, did overall black and white callback rates move in opposite directions? Because black applicants with no criminal record got fewer callbacks, while white applicants with no record—like white ones with a rap sheet—got more, the study found.

The upshot, the researchers found, was that removal of the box actually substantially widened the racial gap in callbacks. After the laws took effect, white applicants were 45 percent more likely than their black counterparts to get a callback.

But these findings aren’t necessarily an indictment of ban-the-box policies, Starr says: In the real world, the net effect on black employment would vary according to the proportion of black applicants with criminal histories. (In the study context, those with criminal records did, after all, get more callbacks in the box’s absence.) Yet the results “also illustrate a big downside: that the cost of opening the door to people with records may be borne by another disadvantaged group—especially young black men, or people whom employers are going to make these assumptions about.”

Whether you give more weight to the advantages or the disadvantages, she says, depends on what problem you are trying to solve. “If advocates and policy makers are thinking about ban-the-box as a racial justice measure—as a way to reduce racial disparities in employment—then I think that our study provides pretty good evidence that it’s not a good strategy.” But if it’s intended as a measure to help people with criminal records specifically, then “you might say that it’s worth it.”

It might also be possible to mitigate the downside of ban-the-box, Starr says, while maintaining the positive effects: “Maybe if ban the box were combined with some sort of more effective strategy for enforcing our hiring-discrimination laws—because of course racial discrimination in hiring is illegal—then maybe the downside we’re talking about wouldn’t happen.” One option, she adds: Eliminating the names of job applicants’ from the application.