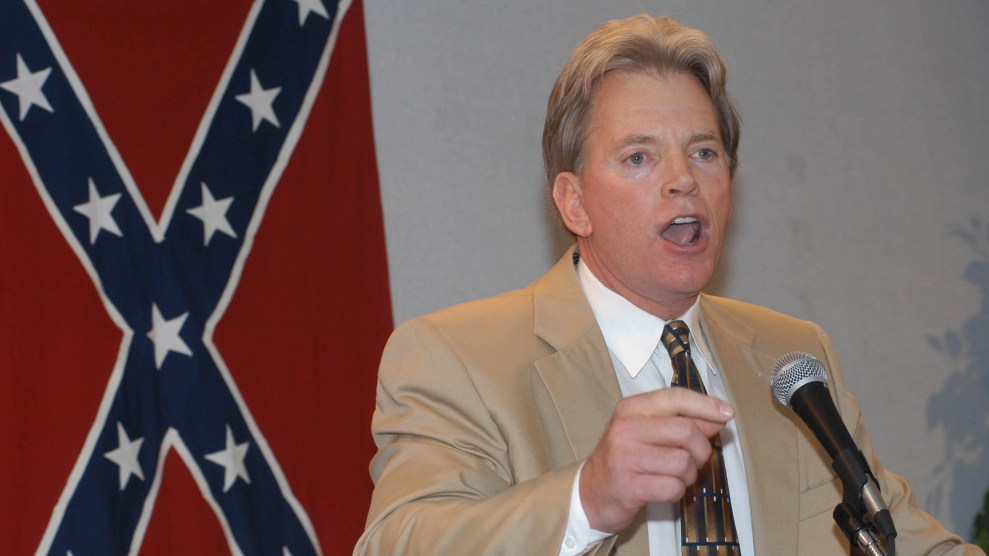 Donald Trump, the presumptive GOP presidential nominee, has received little support from his fellow Republicans over a series of racial remarks about the judge presiding over one of the Trump University lawsuits. Over the past week, Trump has repeatedly suggested that Judge Gonzalo Curiel’s “Mexican heritage” is a conflict of interest because of Trump’s desire to build a wall at the US-Mexican border. Curiel was born in Indiana to Mexican immigrants. Trump later added that a Muslim judge might be biased against him because of his proposed ban on allowing Muslims to enter the country.

Many Republicans have reacted in horror to Trump’s comments. Sen. Susan Collins (R-Maine) called the comments “absolutely unacceptable.” Her colleague Sen. Lindsey Graham (R-S.C.) said Trump’s comments are “the most un-American thing from a politician since Joe McCarthy,” and that if anyone is looking for an “off ramp, this is probably it.” House Speaker Paul Ryan called Trump’s remarks “the textbook definition of a racist comment.” Only Sen. Chuck Grassley (R-Iowa) mustered a pretty lame defense of Trump.

But now Trump has a vocal, wholehearted defender of his attacks on Curiel: David Duke. The former Grand Wizard of the Ku Klux Klan and a former Republican state representative in Louisiana launched into a defense of Trump on Tuesday in a tirade against the Jewish-run media, which he posited were manufacturing outrage over Trump’s comments because he is a threat to the Jewish agenda. He singled out Fox News’ Chris Wallace and CNN’s Jake Tapper, Wolf Blitzer, and Jeff Zucker, the president of CNN Worldwide. “More recently, Fox News, the Shabbat goy shiksa Megyn Kelly, ’cause they love to have some gentiles doing it, they don’t want Jews always out front,” Duke said on his radio show. “And she said he’s not partisan, she said that he, you know, how can you attack someone just for their ancestry. The fact is Donald Trump’s made out, you know, purely and talked about this in the beginning, that this judge in the case, Judge Gonzalo Curiel, has had absolutely partisan activities. He has been an activist in La Raza Lawyers Association.”

Duke has previously urged fellow white supremacists to support Trump’s candidacy. Earlier this year, Trump landed in hot water when he initially refused to disavow Duke and the KKK.

You can listen to Duke’s whole show here and a clip of the segment here.