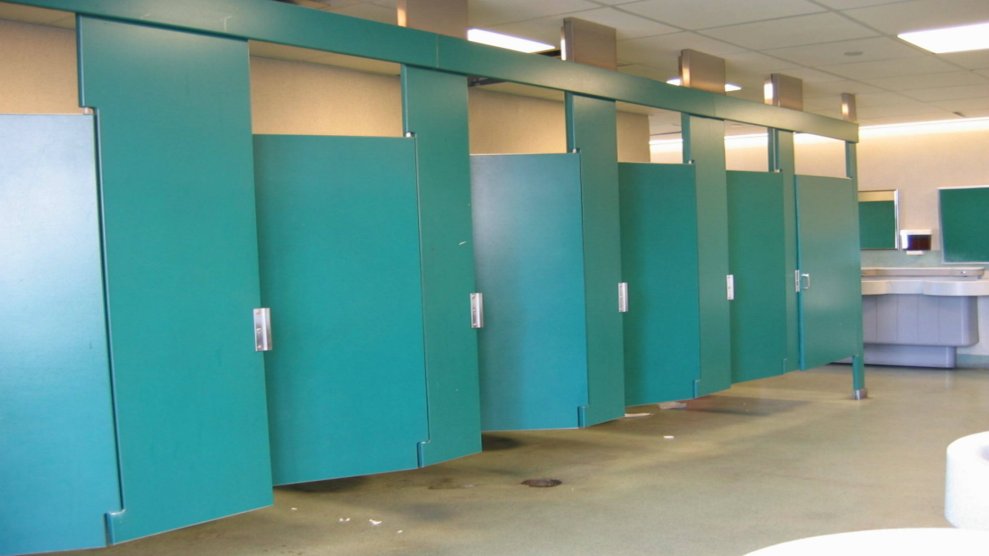 A Kanas state representative has threatened to introduce a bill requiring trans students to use the bathroom that corresponds with their sex assigned at birth if a school funding bill is not passed quickly. <a href= "http://www.shutterstock.com/pic-92674/stock-photo-quit-stalling.html?src=iF4l2c-juuX6F3nRQmbDrg-1-21">George P. Choma</a>/Shutterstock

As the Kansas state legislature convenes to resolve an education funding shortfall, one state representative has a message for his fellow lawmakers: Pass a bill quickly or transgender students will suffer the consequences.

The legislature will hold a special session next week to address a budget gap that could prevent schools from opening in August, a consequence of radical tax cuts that have threatened a constitutional crisis over school funding. State representative John Whitmer, a Republican, says that any delay in passing the school funding bill will cause him to introduce legislation that would force transgender students to use the bathroom that corresponds with the sex they were assigned at birth.

“If people start taking us off in other directions, and if they start ‘Christmas treeing’ things up, then I will run mine,” Whitmer told the Wichita Eagle, referring to the legislature’s practice of inserting unrelated policies into a bill to increase support. “If the Dems start trying to muck us up, then I’ll do the same.”

The Eagle reports that Whitmer worked with the Family Policy Alliance of Kansas, an affiliate of the conservative Christian nonprofit Focus on the Family, to craft the bathroom legislation. Whitmer, who says he did not support an attempt to limit trans students’ bathroom access when it came up in the state legislature earlier this year, says that his bill would state that gender is determined at birth. The bill’s restriction on bathroom access in public schools is similar to a provision in a North Carolina law, passed in March, that sparked outrage among LGBT advocates and led several major businesses to pull out of the state.

Whitmer also told the Eagle that his bill would “encourage schools to create a gender-neutral bathroom to accommodate” trans students.

If passed, the state representative’s proposal would put Kansas in direct opposition to the Obama administration’s recent directive ordering public schools and most colleges and universities that receive federal funding to allow trans students to use the bathroom that matches their chosen gender identity. That could open the door to a legal showdown between the state and the Department of Education.

The Kansas State Board of Education voted unanimously on Tuesday to ignore the administration’s directive, arguing that local schools should have control over how they deal with transgender students. The administration has not issued a response, and the Washington Post notes that it is unclear if the board’s announcement is enough to put the state’s federal funding in jeopardy.

The Kansas legislature’s upcoming special session, scheduled to begin on June 23rd, is intended to close a $38 million funding gap between rich and poor schools in the state, a financial shortfall that the Kansas Supreme Court called “inequitable and unconstitutional” last month. The gap is largely the result of a series of tax cuts approved by Republican Gov. Sam Brownback in 2012.

If the state has not resolved the issue by June 30, the Kansas Supreme Court has threatened to shut down the schools.