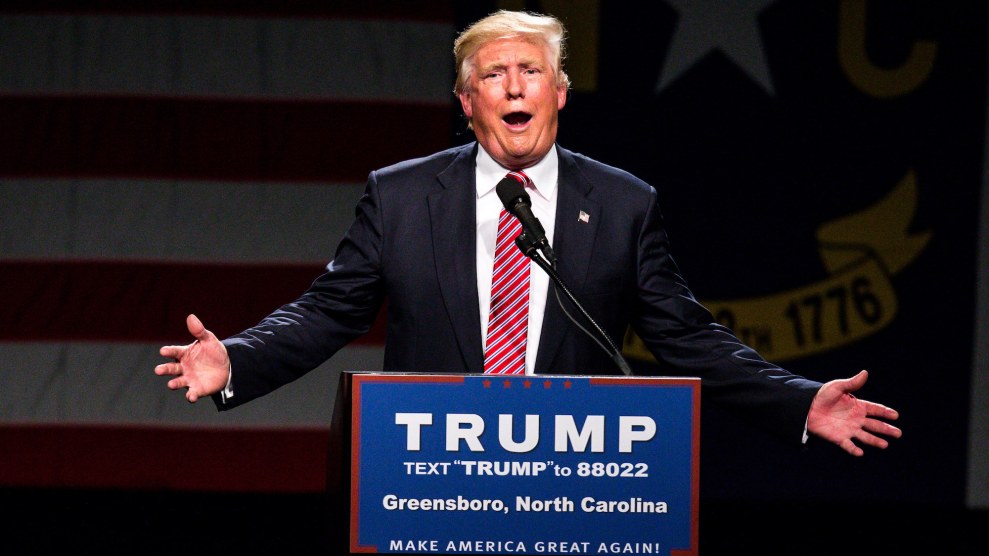 In June 2012, hedge fund manager Paul Singer cut a $1 million check to the organizers of the Republican National Convention in Tampa. At the convention itself, he was a star. He hosted invitation-only briefings with Karl Rove and Condoleezza Rice and organized special events, including a dinner with Wisconsin Gov. Scott Walker and a breakfast at which he laid out his vision for “pro-growth” policies in a Mitt Romney administration.

This time around, it appears that Singer, who is reputedly worth $2.2 billion, will not be on hand to lecture well-heeled GOP insiders on his vision for a Donald Trump administration. And, Bloomberg reports, he won’t be cutting a check to fund someone else’s good time at the party’s convention in Cleveland next month.

That’s a big deal, and not just for the organizers of the convention. So far this election, Singer has donated at least $10.4 million to conservative causes, making him the third-largest donor in the cycle, and the second-biggest conservative donor. In 2014, he donated $10.6 million, mainly to super-PACs, again making him the No. 3 donor of the election cycle. And he apparently wants nothing to do with Trump.

Singer donated more than $5 million to the effort to elect Marco Rubio, then switched to backing anti-Trump super-PACs, pouring $2.5 million into a super-PAC set up explicitly for the purpose of undermining Trump. Given those donations, his decision to avoid helping Trump might have been made long ago. But the timing of the news isn’t great for Trump, who has, since the Orlando shooting, sought to portray himself as a friend of the LGBT community. To the degree there is an organized movement within the Republican Party to support gay marriage and equal rights, Singer is at its helm. He was the organizer and major funding source for American Unity PAC, a conservative pro-equality super-PAC that spent $4.7 million during the 2014 election cycle.

Even worse for Trump, Singer is also considered a bellwether donor, with other donors watching him before making decisions on their own donations.

But the rest of the Republican Party may not be broken up about Singer’s anti-Trump sentiments. In fact, Trump’s loss may be their gain. Even before Trump secured the nomination, Singer made a $1 million donation to the Mitch McConnell-linked Senate Leadership Fund and backed a smattering of state-specific super-PACs supporting the likes of Sen. Mark Kirk, the Republican senator from Illinois who’s facing a tough re-election fight in November.