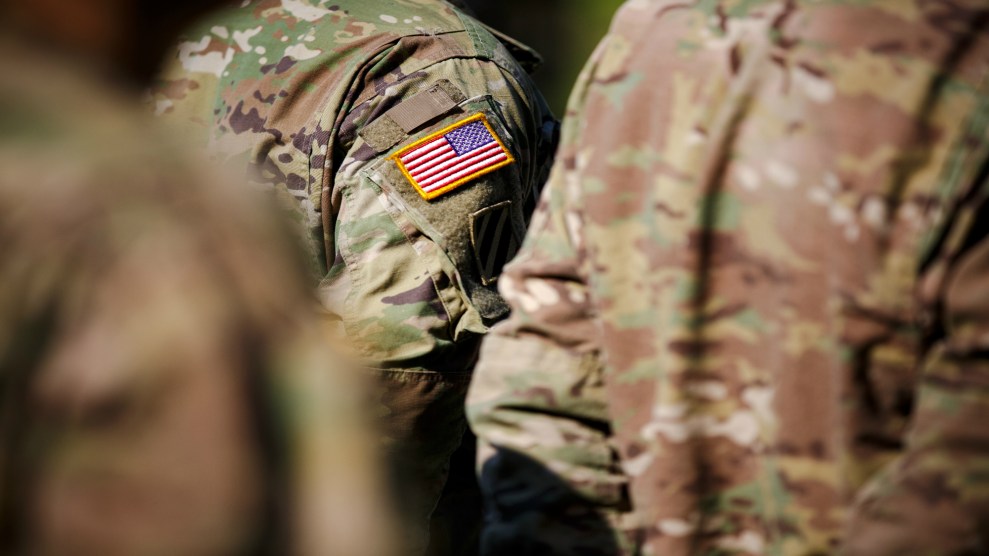 Update (6/30/2016): Defense Secretary Ash Carter officially announced on Thursday that the Pentagon has ended its ban on transgender people serving in the military. “We can’t allow barriers unrelated to a person’s qualifications to prevent us from recruiting and retaining those who can best accomplish the mission,” Carter said during a press briefing at the Pentagon.

Carter said transgender people already in the military can immediately start serving openly. They’ll also be able to get treatment at military medical facilities, an issue Carter said was a major concern for transgender soldiers he spoke with, starting in three months. After one year, the military will start accepting new recruits who are transgender and have been “stable” in their preferred gender identity for at least 18 months.

The Pentagon will officially lift its longstanding ban on transgender military service sometime next month, according to multiple reports.

USA Today reports that high-ranking members of the Pentagon’s personnel team could meet next week to hammer out the final details of the plan to lift the service ban. According to one defense official cited anonymously by the paper, Deputy Defense Secretary Bob Work could sign off on the final plan as early as next Wednesday. The end of the service ban will be announced after final approval from Defense Secretary Ash Carter and could come down as early as July 1, just before the start of the Fourth of July weekend.

The military currently does not allow openly transgender people to enlist in the military, citing medical reasons to disqualify them from service.

Citing an anonymous Defense Department official, USA Today also notes that the announcement will include a directive from the Pentagon that gives each military branch one year to “implement new policies affecting recruiting, housing and uniforms for transgender troops.”

A Pentagon official told the Washington Post that the Defense Department would likely make an official announcement sometime in July, but added that an official date for ending the ban has not been set.

If the predicted timeline holds, the lifting of the transgender military service ban will come roughly one year after Carter issued a directive commissioning a task force to come up with a plan for incorporating openly transgender service members into the military. Carter’s directive also changed the process for discharging transgender soldiers who were already in the military but had not come out publicly, elevating discharge authority out of the immediate chain of command and into the hands of a senior Pentagon official.