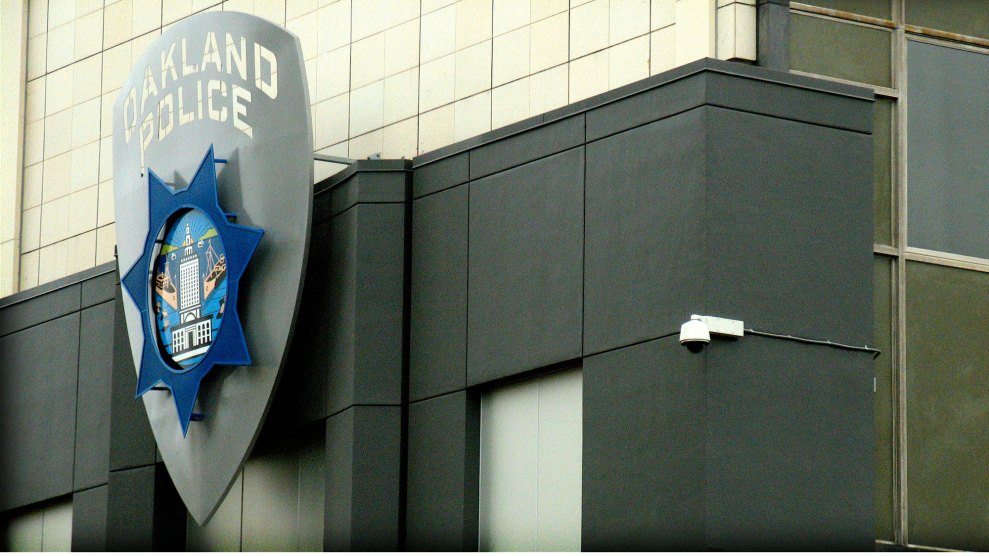 David Downing—the officer promoted last Friday to the title of acting assistant chief of the Oakland Police Department—was asked to leave his previous position with the Concord, California, police department because he clashed with colleagues, according to a May 2012 article by Claycord, a local news site.

Downing is Oakland’s fourth top cop in two weeks as the city struggles with a series of police scandals. The OPD’s original chief, Sean Whent, was fired on June 9 after he allegedly failed to act on his knowledge of a potentially criminal sex scandal in the ranks. Two senior officers Shaaf subsequently named to replace Whent promptly stepped down. The first, Ben Fairow, resigned after the mayor learned of past incidents she said caused her to lose confidence in him. The second interim chief, Paul Figueroa, stepped down just two days after he was appointed, for reasons that haven’t yet been made public.

Downing was not forced out for fixing a colleague’s ticket, but rather, sources said, for his “military style of leadership.”

Downing, according to the Claycord report, was told by the Concord Police Officers Association to leave or be forced out just 11 months after he was hired as a police captain. One episode in particular may have played a role: In October 2011, Robin Heinemann, an off-duty Concord police lieutenant, struck another driver’s car as she turned into the department’s parking lot en route to work, causing minor injuries. The responding officer issued the lieutenant a $234 ticket, but Downing voided it, reversing the decisions of the issuing officer, a sergeant, and another lieutenant. In a police report, Downing wrote that he had voided the ticket “in the interest of justice.”

Guy Swager, Concord’s police chief at the time, told another news outlet that the officer responding to the accident had a history of conflict with Heinemann, and therefore should not have given her a ticket, but Claycord spoke to multiple sources who said there was no conflict between the two. The site also reported that Downing had conducted an audit of the responding officer’s handling of past collisions, and that the audit showed the officer had acted reasonably in ticketing the off-duty lieutenant. In any case, Claycord‘s sources said Downing ultimately was forced out because other cops bristled at his “military style of leadership.”

The site added that it had filed a Freedom of Information Act request to view a copy of the voided ticket, but was told the ticket was missing and would be handed over if found—Concord’s city attorney told Claycord that Chief Swager was conducting an investigation to find out what became of it.

This week, KRON4 reported that Downing—now the top cop in a department that is under federal scrutiny thanks to a band of rogue cops who profiled and planted drugs on African Americans—allegedly suggested using water cannons on protesters on more than one occasion, and appeared oblivious to the racial undertones of that proposal. According to KRON4’s police sources, Downing made one such comment at a meeting where an assistant to the OPD’s federal monitor was present and taking notes.

Press officers for the OPD and the CPD did not respond to calls and emails seeking more details about the circumstances of Downing’s departure from the Concord force. Mayor Shaaf’s office was provided with written questions, but did not respond by the deadline provided. But as it stands, Downing shouldn’t be around for long. According to press reports, he’s slated to retire in six months.