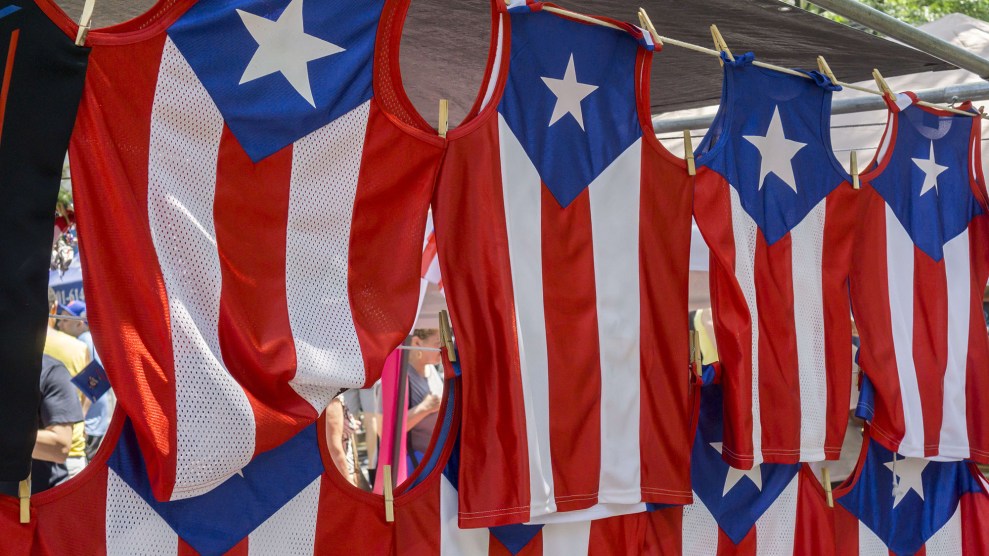 The Supreme Court confirmed on Thursday what has long been apparent to many observers of Puerto Rico: The island might have its own constitution, but the ultimate source of its power is Congress.

As Puerto Rico grapples with more than $72 billion in debt that it can’t restructure under bankruptcy laws, as cities in US states can, the question of whether Puerto Rico has distinct powers from the federal government has significant implications. The Supreme Court is separately weighing Puerto Rico’s power with respect to its ability to pass its own laws. That case stems from the island’s decision to grant itself the ability to restructure debts through bankruptcy, a practice federal law currently prohibits for the island, even as Congress works to pass legislation that would create a federal oversight board for the island’s finances.

But in Thursday’s ruling, the Supreme Court stuck to “the narrow, historically focused question” of double jeopardy laws, which dictate that a person cannot be tried twice for the same offense by the same government. The question here was whether Puerto Rico’s government had the distinct power to prosecute a person for a crime at the same time the federal government does—a power states have. The Supreme Court’s answer was a decisive no.

“This inquiry does not turn, as the term ‘sovereignty’ sometimes suggests, on the degree to which the second entity is autonomous from the first or sets its own political course,” Justice Elena Kagan wrote in the 6-2 majority decision.

Kagan wrote that since the United States took possession of Puerto Rico from Spain in 1898, Congress has had control over the island’s political and administrative affairs. That’s the case even though the island gained a degree of autonomy in 1947, when Congress gave Puerto Rico the ability to elect its own governor and, three years later, the power to draft and adopt its own constitution. But, Kagan noted, the constitution adopted by the people of Puerto Rico was modified by Congress in various ways before it was ratified.

“Puerto Rico today has a distinctive, indeed exceptional, status as a self-governing Commonwealth,” Kagan wrote. “But our approach is historical. And if we go back as far as our doctrine demands—to the ‘ultimate source’ of Puerto Rico’s prosecutorial power—we once again discover the U.S. Congress.”

The case originated when two men were indicted separately in Puerto Rican courts on multiple weapons-related charges in 2008. As their cases progressed, they were then indicted on federal charges for the same crimes. The men each pleaded guilty to the federal charges, which carried less severe penalties, and successfully petitioned the Puerto Rican trial courts to dismiss the local charges. Local prosecutors appealed to the local appeals court under the theory that the charges were separate from the federal charges, much the way states and the federal government can each charge defendants for the same offenses. The local appeals court agreed, and then the Puerto Rican Supreme Court decided to hear the case. After consolidating the cases, it then agreed with the original trial court and held that Puerto Rico, for purposes of double jeopardy, is not distinct from the federal government in the same way state governments are.

The island’s government appealed to the US Supreme Court to settle the matter, arguing that the ruling “strips Puerto Rico of the ability to enforce its own criminal laws without federal interference.”

In a dissent joined by Justice Sonia Sotomayor, Justice Stephen Breyer argued that the majority’s reliance on the “ultimate source” of Puerto Rico’s power is flawed: If one were to follow that logic with the states, it could be argued that states have their own powers only because they became states when they were invited into the union by Congress. Further, he wrote, when Congress passed the law in the late 1940s that allowed Puerto Rico to elect its own governor and adopt its own constitution, Congress intended to give Puerto Rico the power to rule itself. He added that until this case, the Department of Justice treated Puerto Rico as a state for the purposes of double jeopardy, and the Supreme Court has, in at least one previous case, held that Puerto Rico’s laws are “state statutes.”

“This history of statutes, language, organic acts, traditions, statements, and other actions, taken by all three branches of the Federal Government and by Puerto Rico, convinces me that the United States has entered into a compact one of the terms of which is that the ‘source’ of Puerto Rico’s criminal law ceased to be the U.S. Congress and became Puerto Rico itself, its people, and its constitution,” Breyer wrote.