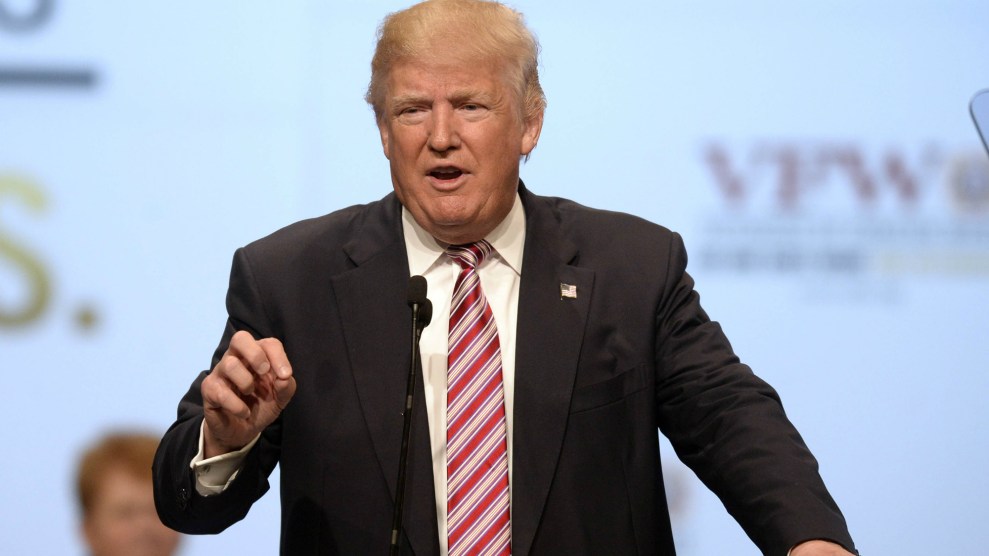 As he sought to dispel questions about his ties to Russia during a feisty press conference on Wednesday, Donald Trump was unequivocal: “I have nothing to do with Russia.”

If so, it hasn’t been for lack of trying. For more than two decades, Trump has repeatedly attempted to establish his brand in the country with little to show for it. His first attempt to enter the Russian market came in 1987, when he met with then-Soviet Ambassador Yuri Dubinin in New York. Dubinin arranged for the real estate mogul to travel to the Soviet Union to survey potential hotel sites in Moscow and Leningrad (now St. Petersburg). At the time, Trump expressed no qualms about going into business with the government of the Soviet Union, which would maintain an ownership stake in the properties; his main concern was that the ownership split would not give him total control.

The deal never happened. But Trump wasn’t deterred. In 1996, five years after the Soviet Union had crumbled, he tried to partner with the US tobacco company Brooke Group to build a hotel in Moscow. On a visit to scout potential sites in early 1997, he met with Russian artist Zurab Tsereteli, and he gushed to The New Yorker about a plan to have Tsereteli build a Statue of Liberty-sized bronze statue of Christopher Columbus in Manhattan. Later that year, he also met with former Soviet general Alexander Lebed, who was running for president in Russia on a platform that included strong praise for Chilean dictator Augusto Pinochet. Trump was dazzled by the wannabe strongman, saying, “He invited me to Russia and I accepted…I thought he was terrific.”

The Brooke Group partnership never worked out, but Trump was back nearly a decade later, in 2005, signing a one-year development deal with a small company called the BayRock Group to develop a hotel project in Moscow. Nothing came of that either, though Trump did team up with Bayrock to build the Trump Soho in New York. The latter project sparked several lawsuits, including one claiming Bayrock received infusions of funding from mysterious Russian and Kazakhstani sources. (One lawsuit against Trump was settled; the lawsuit regarding the Russian and Kazakhstani funding did not involve Trump.)

A few years later, in 2008, Trump announced he was partnering with Russian oligarch Pavel Fuks to license his name for luxury high-rises in Moscow, St. Petersburg, and Sochi, the site of the 2014 Winter Olympics. But Fuks ultimately balked at Trump’s price, which the Russian business newspaper Kommersant estimated could have been $200 million or more. Russian real estate developers told Kommersant that the Trump name simply didn’t hold much cachet in Russia. “For Russian companies, the value of this name isn’t evident,” said one developer.

Not only did Trump’s real estate deals flounder in Russia, but an effort to market his line of Trump Vodka in the country also went nowhere. Despite a splashy debut in 2007, Trump Vodka never caught on. The director of one Moscow market research firm told Kommersant, “I’ve never even heard of such a vodka.” And the brand manager of a Russian-made vodka told the paper, “The name Donald Trump is in no way associated with vodka. This is just your typical ‘image’ product, based on the fame of a businessman in America. But in Russia, the heart of vodka consumption is not image or status, but an entire philosophy that an American manufacturer could never understand.” By 2010, the company that Trump had licensed his name to had all but collapsed.

Just three years ago, Trump was still trying to make inroads in Russia. In 2013, he tried to partner with Aras Agalarov, an oligarch and real estate developer with close ties to Russian President Vladimir Putin, to build a Trump Tower high-rise in Moscow. Trump grew close to Agalarov, who encouraged him to bring his Miss Universe pageant to Moscow, which he did in November 2013. Trump very much wanted Putin to attend the event, at one point tweeting:

Do you think Putin will be going to The Miss Universe Pageant in November in Moscow – if so, will he become my new best friend?

Putin was a no-show, but he did send Trump a nice note and a decorative box. Like Trump’s other Russian ventures, his plan for a Trump Tower in Moscow also fizzled out. But all was not lost. Trump did land a role in a music video by Agalarov’s son Emin, an aspiring pop singer.