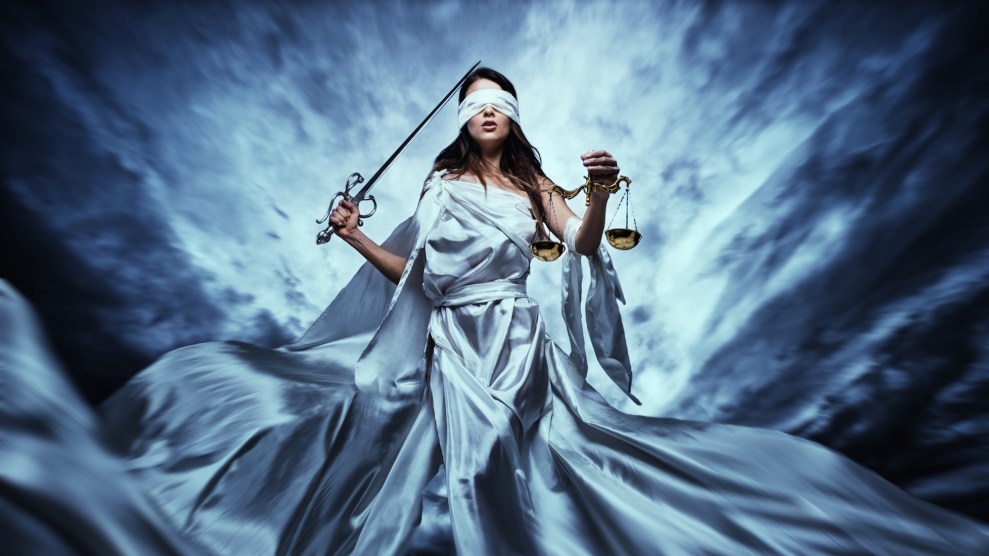 In a win for folks who believe women’s bodies are public property, the Georgia Court of Appeals ruled in favor of a supermarket employee who followed a customer around the store, secretly recording a video of the view up her skirt. Citing a “gap” in Georgia’s criminal statutes, Judge Elizabeth Branch and five colleagues ruled earlier this month that “upskirting” is permissible under current law.

“It is regrettable that no law currently exists which criminalizes [the appellant’s] reprehensible conduct,” Branch wrote.

Security footage from a Publix store in Houston County, Georgia, shows employee Brandon Lee Gary stooping down behind a woman and aiming his cellphone camera underneath her skirt as she picked an item from the supermarket shelves. Then he did it at least three more times. Upset after catching him on the floor behind her repeatedly, the woman left the store. She later returned to complain to the store’s manager, according to the Atlanta Journal-Constitution. Gary later admitted to police officers that he was responsible for the video recordings.

Following the June 2013 incident, a local judge convicted Gary of criminal invasion of privacy, deciding that “there’s no more blatant invasion of privacy than to do what [Gary] did,” according to the appeals court ruling. But in Gary’s appeal, the court examined whether his conduct was actually criminal under the state’s invasion-of-privacy law. The statute forbids “any person, through the use of any device, without the consent of all persons observed, to observe, photograph, or record the activities of another which occur in any private place and out of public view.”

On July 15, the court ruled 6-3 that the space underneath the woman’s skirt did not count as a “private place.” In a four-page meditation on the meaning of “place,” including definitions from the Oxford English Dictionary and Webster’s New World, the majority determined that the relevant location meant the supermarket, and not the space concealed by the woman’s clothing. The recordings, according to six judges, were taken in a public place.

In an angry dissent, Judge Amanda Mercier slammed her colleagues’ decision, arguing that the legal understanding of “private place” should include places on an individual’s body that are “out of public view,” and which people can expect to be “safe from casual or hostile intrusion or surveillance.”

“We have decades of Fourth Amendment jurisprudence setting forth limitations on law enforcement’s ability to merely pat down an alleged suspect on top of their clothing to protect the sacrosanct bodily privacy of even those who are accused of violating criminal laws,” Mercier wrote. “But today, with the stroke of a pen, we are in effect negating the privacy protections from the intrusions of fellow citizens.”

Georgia isn’t the first state to give a pass to fans of “upskirting.” Similar rulings have been handed down in Massachusetts, Oregon, Texas, and the District of Columbia.