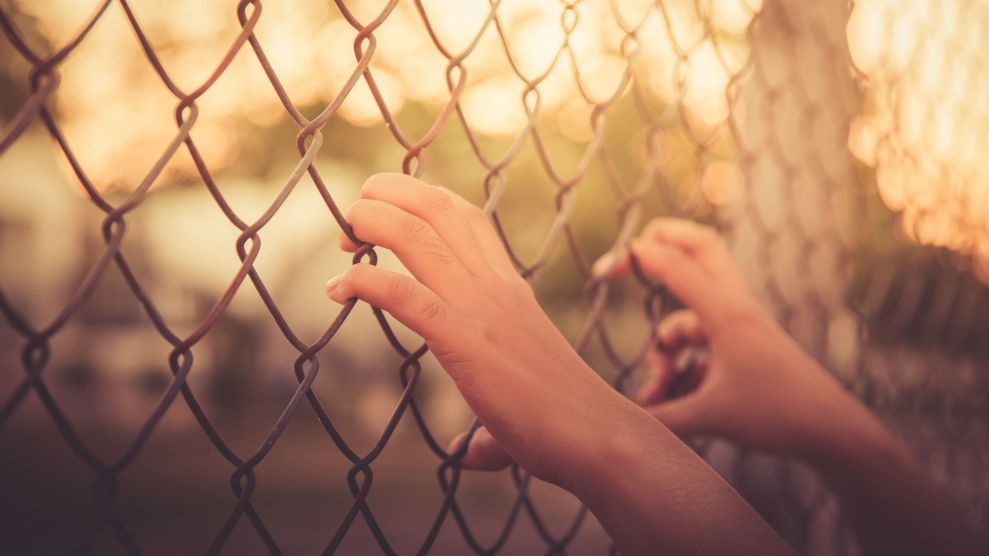 Maria Teresa Rivera didn’t realize she was pregnant in 2011 when she went into early labor. The 28-year-old factory worker in El Salvador, who already had one son, started bleeding heavily late one night, so her family called an ambulance to drive her to the hospital. The next day, Rivera was taken to jail.

Her crime? Having a miscarriage.

Rivera is one of a number of women in El Salvador incarcerated not for abortion, which is illegal, but as a result of miscarriages. An abortion rights group in the area has identified 17 people convicted of homicide, with sentences upward of 40 years, after facing obstetric emergencies such as miscarriage or stillbirth.

After serving four of her 40-year prison sentence for aggravated homicide, Rivera’s conviction was overturned by a judge and she walked free this spring. But the prosecution appealed her release, and this week a three-judge panel will decide whether to hold a new hearing or throw out the charges for good.

Only six countries in the world, including El Salvador, ban abortion in all cases, even when the pregnancy is the result of rape or threatens the life of the mother. Nicaragua, Chile, the Dominican Republic, the Vatican city-state, and Malta are the only other places with similar prohibitions. In January, El Salvador’s deputy health minister told women to avoid getting pregnant for two years because of worries over the effects of Zika virus.

“A woman who procures herself an abortion is running a very high risk,” Carmen Barroso, the former regional director of the International Planned Parenthood Federation in the Western Hemisphere, told Mother Jones. “She’ll run the risk to her life because she’ll have to have an unsafe abortion because they are so limited in availability. It is tragic.”

The ban in El Salvador got international attention in 2013, when the country’s highest court rejected the abortion request of a young woman, known only as Beatriz, with a potentially life-threatening pregnancy, ruling the “rights of the mother cannot be privileged over those” of the fetus. The fetus suffered from anencephaly, a severe congenital disorder where the fetus’ brain and skull stop growing, giving it little chance of surviving outside the womb. The woman survived after getting a controversial caesarian section.

Despite the ban, more than 19,000 illegal abortions were reported in El Salvador between 2005 and 2008, according to the Ministry of Health’s Information, Monitoring, and Evaluation Unit, an estimate that advocates say is low. Nearly a third of abortions performed were on adolescents, who make up a large percent of the region’s unplanned pregnancies. According to the World Health Organization, 9 percent of maternal deaths in Central America are the result of illegal abortions.

As a result of the criminalization, women in El Salvador frequently face legal scrutiny for abortion-related crimes. According to research done by a Salvadoran advocacy group, between 2000 and 2011 about 130 women were criminally prosecuted for ending their pregnancies. That number doesn’t include cases where the allegations were dropped or cases involving minors, whose records are sealed. Almost 50 women were convicted of either illegal abortion or different degrees of homicide, which carries a sentence of up to 50 years.

Then there are the cases of the 17 women who are part of “Las 17,” as they’re known, who are all, like Rivera, young, impoverished, and accused of losing their pregnancies on purpose. Guadalupe Vasquez, a housekeeper, was only 17 years old when she became pregnant from rape. She decided to keep the baby but lost it during labor. After her employer sent her to the hospital, she was reported to the police and eventually sentenced to 30 years behind bars.

Many of the women, including Rivera, were reported to the police by medical staff at the hospital. In some cases, neighbors or friends called law enforcement.

“I felt the need to go to the bathroom, I pushed, and it was the baby that came out into the latrine,” Rivera said in a video from prison. She passed out from loss of blood and was in the hospital when she woke up. “Then they took me to this place,” she said.

Rivera was convicted “despite the complete lack of evidence of any wrongdoing,” according to an analysis of Las 17 cases by a Salvadoran lawyer and a Harvard sociologist. The analysis also concluded that Salvadoran courts systematically discriminated against the women by aggressively pursuing “the mother’s prosecution instead of pursuing the truth.”

“In stark contrast to the courts’ findings, our analysis concludes that the legal and medical facts in the majority of these cases correspond with medical emergency—not with homicide,” they wrote.

“What worries me is leaving my son alone again,” Rivera, who grew up in orphanages, told Rewire after being released in May. “I was forced to abandon him for four and a half years, and he suffered greatly during that time.”