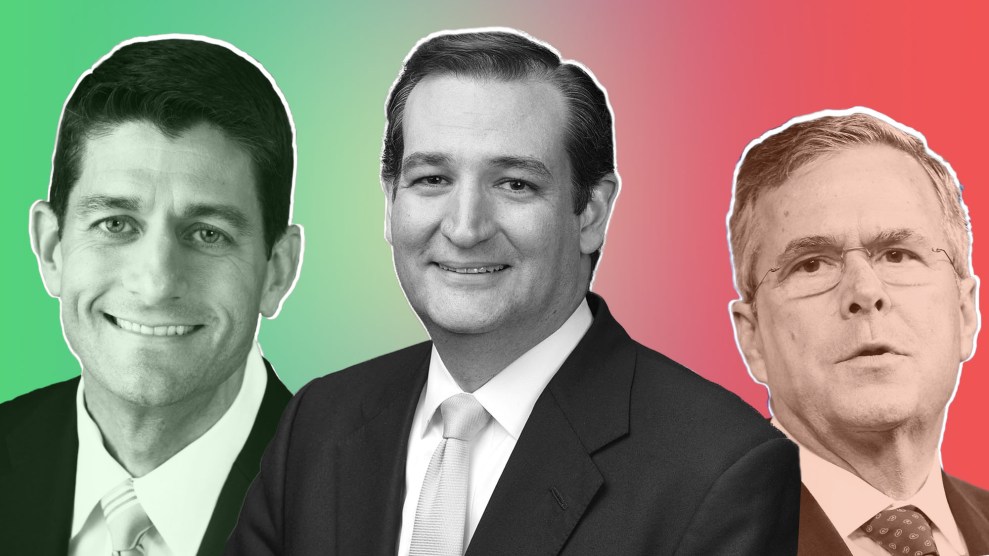 It really happened. On Tuesday night in Cleveland, Donald Trump officially became the Republican presidential nominee, ending a 12-month odyssey that exceeded the worst nightmares of virtually all his party’s leading lights. Trump is unique in modern American politics, not just because almost no one expected him to win when he entered the race, but because of the bridge-burning way other Republican candidates, elected officials, pundits, and operatives discussed his candidacy.

But since he won the Indiana primary in May and became the presumptive nominee, many of Trump’s most unflinching adversaries have, in fact, flinched, abandoning the Never Trump movement in the name of party unity or Hillary Clinton antipathy. Here’s a quick guide to where the nominee’s loudest critics stand now: 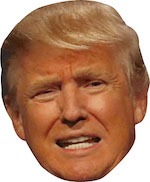 Marco Rubio: The senator from Florida called his Republican rival a “con artist” after a debate in February. Days before the Florida primary, he compared Trump to a Latin American strongman and warned that the movement Trump had sparked could be “dangerous and disastrous.” After dropping out, he said he would be “honored” to speak on Trump’s behalf at the convention.

Rick Perry: The former Texas governor denounced Trump as a “barking carnival act” and a “cancer” on conservatism during his brief presidential run, leading to rumors he might be recruited to run as an independent. In May, he told CNN he was available to serve as Trump’s vice president.

Alex Castellanos: A GOP ad maker and CNN contributor, he tried to start an anti-Trump super-PAC last fall to convince conservatives Trump posed a “danger” to the country. In June, he signed on to work for a pro-Trump super-PAC.

Nikki Haley: South Carolina’s governor invoked Charleston’s 2015 mass shooting to warn that Trump was fomenting hate in a way that could lead to violence, telling a retirement community, “We can’t have Donald Trump as president.” She endorsed Trump two months later.

Lindsey Graham: The senator from South Carolina denounced his Republican rival as a “race-baiting, xenophobic, religious bigot.” (He also called Trump a “jackass” and a “nut job” who should “go to hell.”) Graham hasn’t publicly backed Trump but reportedly urged donors to get on board.

John McCain: The 2008 GOP nominee bashed Trump as “uninformed and dangerous” on national security and asked Republican voters to choose someone else. When they didn’t, he endorsed the candidate who referred to him and his fellow prisoners of war as fake war heroes.

Paul Ryan: The speaker of the House gave a special address to condemn Trump’s Muslim ban, and another to denounce the tone of electoral politics. After Trump clinched the nomination, Ryan said he wasn’t ready to endorse. Just weeks later, he did. When Trump attacked the Latino judge overseeing the Trump University case, Ryan called his argument “racist”—but held fast in his support.

Bobby Jindal:  The failed 2016 primary candidate and former Louisiana governor called Trump an “egomaniac” and a “madman who must be stopped.” He later published an op-ed endorsing the candidate, “warts and all.”

Paul LePage: Six days after telling a meeting of Republican governors that they must denounce Trump, the Maine governor endorsed Trump. He has said he would like to join a Trump administration.

Hugh Hewitt: He’s out, he’s in, he’s out, he’s in. The thinking man’s conservative talk radio host slammed Trump during the primary but urged listeners to “close ranks” when it was over. After the Orlando shooting, he proposed changing the rules of the convention to deny Trump the nomination, but then he backed off. 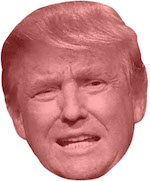 Ted Cruz: Trump’s leading rival during the primary, the Texas senator has stayed unusually quiet about whether he’ll vote for the man who insulted his wife’s looks and accused his dad of helping kill JFK.

Jeff Flake: The Arizona senator said he’s not sure he can get behind Trump, even as Clinton makes a play for his state. In June, he urged his Senate colleagues not to rush to get behind their nominee: “Some of the things he’s done I think are beyond the pale.” 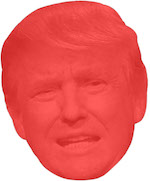 Mark Kirk: The endangered Illinois senator endorsed Trump but rescinded his support after the nominee said a Chicago-born “Mexican” judge would be inherently biased against him in the Trump University fraud case. His campaign ads prominently note that Trump is “not fit” to be commander-in-chief.

Mitt Romney: Though he flew to Las Vegas to accept Trump’s endorsement during the 2012 campaign, Romney denounced Trump in March. He has since said he’s looking for an independent or third-party candidate.

Jeb Bush: In a July interview, Bush said “the bar’s not that high” for a GOP nominee to win his support—but that Trump couldn’t clear it. The two ex-presidents in his immediate family have both said they won’t endorse the nominee. Jeb’s mother, Barbara, told CBS News in June that she doesn’t “know how women could vote for someone” like Trump, given his attacks on Fox News host Megyn Kelly.

Bill Kristol: Romney, Sasse, General James Mattis, and even little-known National Review columnist John French turned down the Weekly Standard founder’s entreaties to challenge Trump as an independent. He’s said he will vote for neither Trump nor Clinton.

Glenn Beck: The talk radio host compared Trump to Hitler, although in fairness, he compares lots of people to Hitler. He was suspended from his show in May after a guest mused about assassinating the GOP nominee. Beck has supported the idea of a third-party candidate but has not picked one himself.