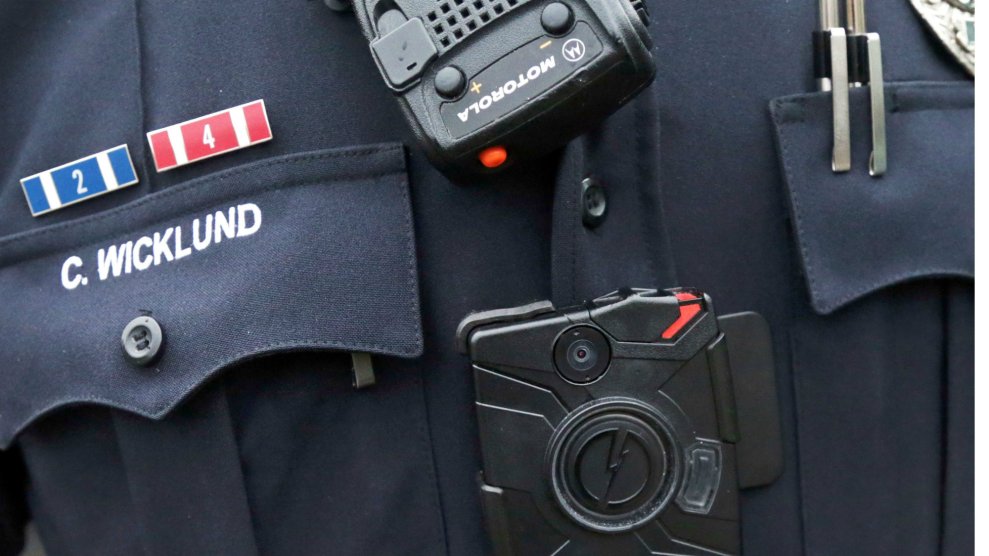 Amid a resurgence of nationwide protests sparked by smartphone videos of police shootings of black men, North Carolina Gov. Pat McCrory signed into law on Monday a bill that will severely restrict public access to footage from police body camera and dash cams.

House Bill 972 requires a court order before any such footage may be released to journalists or members of the public, which also means that police departments cannot voluntarily release footage without a judge’s approval. Under the new law, police chiefs get the final say on whether or not people caught on camera—or their lawyers—will be allowed to view the relevant footage. If the chief says no, the subject will have to successfully sue the department to gain access.

The law’s passage is sure to rankle some Black Lives Matter activists, who have repeatedly called for even greater access to police video footage in the wake of disputed police shootings of black subjects. Gov. McCrory said he signed the bill to “ensure transparency,” and that while recordings of police interactions with the community could be helpful, they can also “mislead and misinform.” In drafting the bill, McCrory added, lawmakers grappled with how technology “can help us, and how can we work with it so it doesn’t also work against our police officers.”

“I would rather let our video tell the story—good, bad or indifferent,” one police chief said, “than someone who has a cellphone who has the opportunity to edit it.”

Susanna Birdsong, director of the North Carolina ACLU, believes the new law will hurt—not help—transparency in policing. “There really should be some minimum guarantee of access to the recordings by someone other than the police,” she told me.

People involved in incidents recorded by the police, as well as their attorneys, should be able to view the footage without exception, Birdsong says. And law enforcement agencies should have protocols in place for the timely release of footage when it’s in the public interest—for example, in cases in which officers use physical force to subdue a person. The process, she adds, should not require any court’s approval.

The law, Birdsong adds, could have consequences for reporting on law enforcement. Before, a news organization could go directly to a local police department to request access to footage or put pressure on city officials to make it happen, but now “that avenue is foreclosed.”

The bill’s primary sponsors were Reps. John Faircloth, Allen McNeil, and Pat Hurley. (Faircloth is a former police chief while McNeil was once a sheriff’s deputy.) The legislation was crafted at the urging of the Legislative Committee on Justice and Public Safety, a bipartisan panel convened earlier this year to consider criminal justice issues. The committee heard from civil rights groups, community organizers, and law enforcement before announcing its findings in June. Among the recommendations: The state should pass an act providing that police camera footage is not part of the public record.

The bill’s authors, according to Birdsong, were lobbied by law enforcement groups, including the North Carolina Sheriffs Association and the North Carolina Association of Chiefs of Police. And while the advisory committee heard from the ACLU and others who opposed such a recommendation, the authors consulted with few nonpolice stakeholders on their bill’s language. “The language in the bill very much reflects that,” Birdsong says. (None of the bill’s key sponsors responded to requests for comment.)

New Hampshire, Minnesota, and Louisiana also recently passed laws restricting public access to police body-cam footage. But many jurisdictions provide reasonable access to such recordings, Birdsong told me. Consider Chicago’s new effort in transparent policing, created in the wake of heavy criticism of city officials for their handling of police videos. In May, the city’s police review board launched a database of audio and video recordings, police reports, and other documents related to more than 100 open investigations into misconduct by officers. The database, which is accessible to the public, includes more than 300 videos from body cameras, police dash cams, and cellphones.

At least one North Carolina police chief thinks his state’s new law is a bad idea. “I would rather let our video tell the story—good, bad or indifferent—than someone who has a cellphone who has the opportunity to edit it,” Fayettevile police chief Harold Medlock told the Charlotte Observer. “Sometimes we do ourselves a great disservice by not disclosing as much information as we can.”