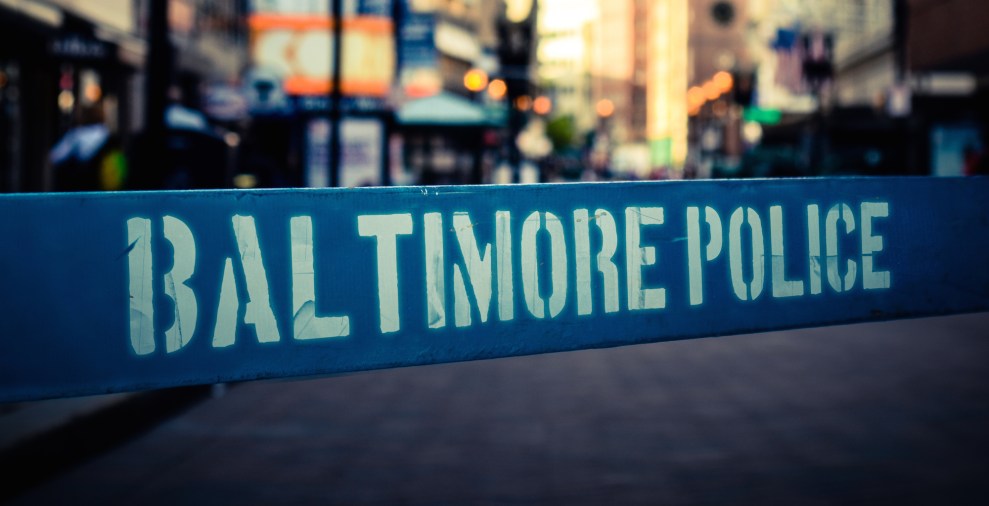 The Justice Department’s investigation of the Baltimore Police Department didn’t just uncover rampant racism, illegal arrests, and excessive force—it also found that detectives and officers do little to address reports of sexual assault. The DOJ’s report, released Wednesday morning, found that the department “seriously and systemically under-investigates reports of sexual assault,” especially those made by some of the populations most vulnerable to sexual violence: transgender people and sex workers.

The DOJ’s investigation drew on sexual-assault case files from 2013 to 2015, as well as interviews with victims and victim advocates. While it did not conclude that Baltimore police engaged in gender-biased policing, it found that gender bias may be influencing the way the department handles reports of sexual assault. Stereotypes and assumptions, the authors wrote, “may compromise the effectiveness and impartiality” of the department’s sexual assault investigations, discouraging women and transgender people from seeking help from law enforcement.

For example, one sex crimes detective told other officers and victim advocates at a party, “In homicide, there are real victims; all our cases are bullshit.” He later corrected himself: “90 percent.” In another case, a prosecutor wrote to a Baltimore officer, “This victim seems like a conniving little whore. (pardon my language).” “Lmao! I feel the same,” the officer wrote back.

Here are some other sexual-assault-related failures flagged in the DOJ report:

Victim-blaming: “Officers and detectives in BPD’s Sex Offense Unit often question victims in a manner that puts the blame for the sexual assault on the victim’s shoulders—for example, with questions suggesting that victims should feel personally responsible for the potential consequences of a criminal report on a suspect, or for having engaged in behavior that invited the assault. In their interviews of women reporting sexual assault, for example, BPD detectives ask questions such as ‘Why are you messing that guy’s life up?’ BPD officers and detectives also ask questions suggesting that they discredit the reports of victims who delayed in reporting the assault to the police.”

Ignoring reports from sex workers: “We found indications that BPD disregards reports of sexual assault by people involved in the sex trade—a particularly troubling trend given the vulnerability of those individuals to rape. According to one case report, the suspect had approached the victim with a gun, the victim had called the police right away, and the suspect’s interview was almost entirely consistent with the victim’s account of the assault—all evidence that could have supported an investigation and prosecution. Nonetheless, the BPD detective made no attempt to corroborate the victim’s account of the assault with witness interviews or other evidence and told the suspect that he would not be charged with anything other than possession of a gun.”

Letting more than half of all sexual-assault reports languish as “open” cases: In 2010, an investigation by the Baltimore Sun found that police discarded rape complaints as “unfounded” in 30 percent of cases, more often than any other department in the nation, and a rate five times the national average. According to the DOJ report, the cases classified as “unfounded” had fallen to 7 percent by 2015, but investigators suggest that the drop may be explained by the department reclassifying a high number of cases as “open” and letting them sit for years, with “little to no follow-up investigation.” Between 53 and 58 percent of cases the DOJ examined were classified as “open.”

The DOJ wrote: “This data suggests that BPD is keeping the majority of its rape cases in an ‘open’ status, thus drastically reducing the rate of its rape cases closed as ‘unfounded’—and creating the illusion of having made meaningful reforms to its procedures for identifying and classifying sexual assault.

“One sexual assault case, for example, was identified by BPD as ‘open,’ despite the fact that there had been no activity on the case since February 2013. In this case, there had been no request for a lab test kit, no follow-up with the suspect’s lawyer to interview the suspect or test DNA, and no indication of communication with the victim over the past three years. Indeed, it appeared from the file that communication with the victim, and BPD’s investigation of the case, had slowed and ultimately stopped after the suspect hired a defense attorney.”

Not investigating suspects: Only 17 percent of the department’s rape cases in 2015 were closed by arrest. That’s less than half of the national average. According to the Justice Department:

“BPD also makes minimal to no effort to locate, identify, interrogate, or investigate suspects. We found this to be true even in cases where the suspects had been identified or were easily identifiable on the basis of the victim’s testimony. For example, in one case, involving an attempted sexual assault of a woman by the driver of an unauthorized taxi, the detective was able to identify the suspect based on the woman’s detailed description of the suspect’s car. The detective made no attempt to contact the suspect, however, and the investigation progressed no further.”