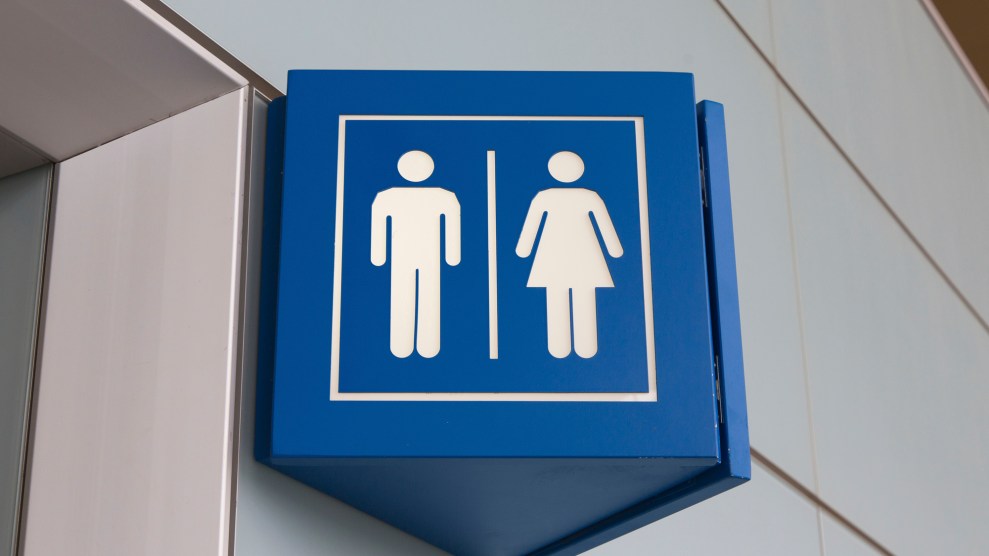 The school year is off to a rough start for transgender students. A federal judge in Texas has given public schools across the country permission to ignore the Obama administration’s instructions to let trans kids use bathrooms corresponding with their gender identity, rather than their birth sex.

In May, the US Department of Education sent a guidance to public schools, saying they could lose federal funding if they kept trans kids out of bathrooms of their choice. On Sunday, a federal judge in Texas granted a preliminary, nationwide injunction that blocks the department’s guidance from being enforced. The injunction also prevents the Obama administration from using the guidelines in any lawsuits.

The decision comes in response to a lawsuit filed by 13 states against the Obama administration over the federal government’s position on bathroom choice for students.

“Defendants have conspired to turn workplaces and educational settings across the country into laboratories for a massive social experiment, flouting the democratic process, and running roughshod over commonsense policies protecting children and basic privacy rights,” representatives for the states wrote in the lawsuit filed in May. The case was filed by a long list of state attorneys general, including Ken Paxton of Texas, Scott Pruitt of Oklahoma, and Jeff Landry of Louisiana.

A main question in the case is whether Title IX, a civil rights law that prohibits sex discrimination in schools, also bars discrimination on the basis of gender identity. The Obama administration says it does. The suing states argue that references to “sex” in Title IX refer only to biological sex.

US District Judge Reed O’Connor granted the nationwide injunction because the states that filed the lawsuit have a strong chance of winning their case, he wrote in his decision, which was filed on Sunday.

“It cannot be disputed,” he wrote, “that the plain meaning of the term sex as used…following passage of Title IX meant the biological and anatomical difference between male and female students as determined at their birth.” He noted that the injunction would only apply to states that want to separate school bathrooms according to biological sex. Other states can maintain policies allowing kids to use facilities based on gender identity.

“I’m pleased the court has ruled against the Obama Administration’s latest overreach,” Texas Attorney General Ken Paxton wrote on Twitter following the decision. Meanwhile, the American Civil Liberties Union, which has represented transgender students in other civil rights cases, and four other civil rights groups blasted the judge’s ruling in a joint statement.

The impact of the injunction may be limited, however. Legal experts told the New York Times that higher-level courts in other regions have previously sided with the Obama administration’s view that transgender people are protected by existing anti-sex-discrimination laws, and those rulings won’t be affected by the new injunction.

The Texas decision follows a similar order from the US Supreme Court. Earlier this month, the high court’s justices temporarily blocked a transgender boy in Virginia from using the boys’ bathroom at his school while the justices decide whether to take up a case concerning that school board’s bathroom policy. If the justices agree to hear the case, it would be the first time the Supreme Court has weighed in on this issue.