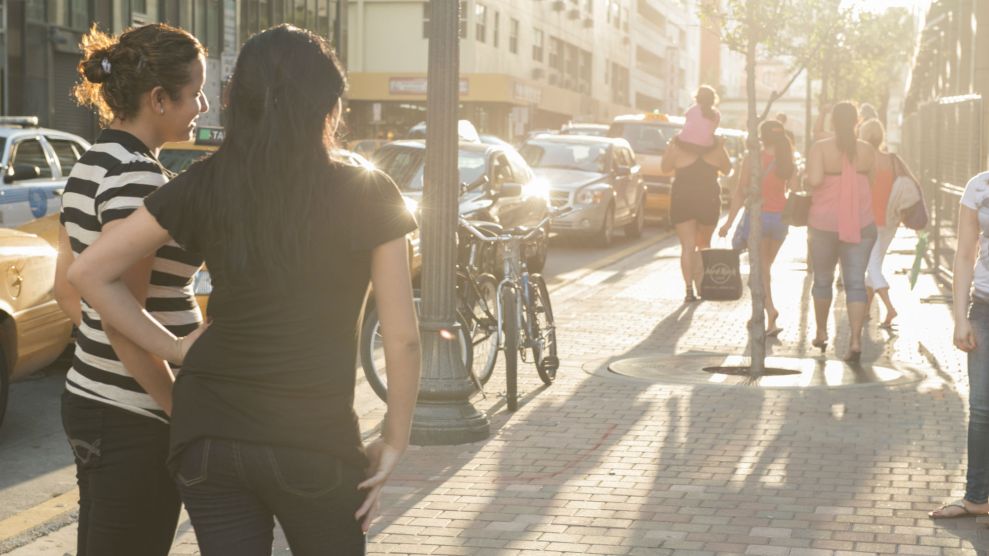 Last week, Florida authorities reported the first cases of local Zika transmission, which means that Zika-infected mosquitos are now in the continental United States. The cases prompted the Centers for Disease Control and Prevention to warn pregnant women against traveling to the part of Miami where the cases were found, the first advisory of its kind in the United States.

Florida Gov. Rick Scott, who’s been preparing for this situation for months, issued a similar message: “For women who live or work in the impacted area and are either pregnant or thinking of becoming pregnant, I urge you to contact your OB-GYN for guidance and to receive a Zika prevention kit.”

In June, after congressional squabbles blocked federal funding for Zika prevention and response, the Republican governor announced that he’d allocated more than $26 million in state funds, part of which would pay for CDC Zika prevention kits that consist of two kinds of mosquito repellent, tablets that kill mosquitos in water, and condoms. In late July, Scott said his office and the state Department of Health were coordinating door-to-door educational outreach in the areas of concern and working “with OB-GYNs and organizations that serve pregnant women in the impacted area to distribute Zika prevention kits to pregnant women.”

But it’s unclear whether those plans have become reality. A spokesperson for the Florida Department of Health wrote in an email to Mother Jones that prevention kits are available for pregnant women at OB-GYN offices, but did not specify how they were being distributed or where.

How ready is the state—where almost two-thirds of pregnancies are unintended and the state government has attempted to block state funding for reproductive health clinics—to take on Zika?

Here’s the backstory: The virus, which has spread through many parts of Latin America as well as Puerto Rico, is mostly benign for adults and causes mild flu-like symptoms. But it can cause microcephaly in fetuses, a severe and debilitating birth defect, the presence of which has ignited concerns over a global public health crisis. In March, the CDC told pregnant women to avoid traveling to Zika-infected areas in Latin America. And authorities in the region, where abortion is severely restricted and contraception is often hard to come by, took the unprecedented step of asking women to hold off on having children for as long as two years.

Florida’s recent cases of Zika weren’t the state’s first. By late July, nearly 400 cases had been reported over a period of several months, including 55 involving pregnant women. But they were all travel related, meaning someone brought the virus back from a Zika-infected region outside the United States.

The confirmation that four cases of locally transmitted Zika had been reported in a neighborhood in Miami means that mosquitos carrying the virus are now in the area. The number of confirmed cases grew to 15 in a matter of days, prompting the CDC to issue its warning. Those cases are a big deal because scientists warn that infected mosquitos are necessary for the virus to really spread. (Scientists still say, however, that we should not expect a widespread Zika epidemic in the United States.)

A big part of the defense against infection for women in Florida appears to be the Zika prevention kits and OB-GYN outreach, but the Scott administration’s strategy is unclear. The Planned Parenthood affiliate operates three clinics in Miami-Dade County, which has the fourth-highest uninsured rate in the country, and another just over the border in Broward County. The women’s health care organization serves tens of thousands of people per year, many of whom are low-income and without insurance—and more likely to get pregnant by accident. As Laura Goodhue notes, they have not received a single kit.

A spokesperson for Today’s Women Medical Centers, which offers family planning, prenatal, and abortion services, also said her clinic has not heard from Gov. Scott’s office or the state Department of Health about what help to offer women facing Zika. They also do not have CDC Zika prevention kits.

Goodhue says Scott’s efforts to curtail reproductive health clinics in Florida has damaged his efforts for Zika prevention. Most recently, Scott signed a bill that would block state funding for many reproductive health clinics, including Planned Parenthood and Today’s Women Medical Centers. Planned Parenthood sued the state, and the law is not currently being enforced, but, Goodhue says, Scott “has placed barriers on affordable health care, birth control, and contraception.”

So far, the Florida Department of Health has confirmed one case of microcephaly in an infant whose mother contracted Zika while in Haiti. There are no cases of currently pregnant women with microcephaly diagnoses. But if there were, her options would be limited: the state restricts public insurance coverage for abortion, and prevents health insurance providers on the Obamacare exchange from covering abortion, with no exception for fetal anomaly. There is also a ban on abortion after 24 weeks.

Jeri Bustamante, a spokeswoman for Scott, wouldn’t comment on whether Scott’s efforts to block funding for reproductive health clinics might be undermining his fight against Zika, but she did point out that the Department of Health is now testing pregnant women for Zika at no cost, and that, for now, the virus is contained to a small neighborhood in Miami. “We want to emphasize it is just within one square mile,” she said.