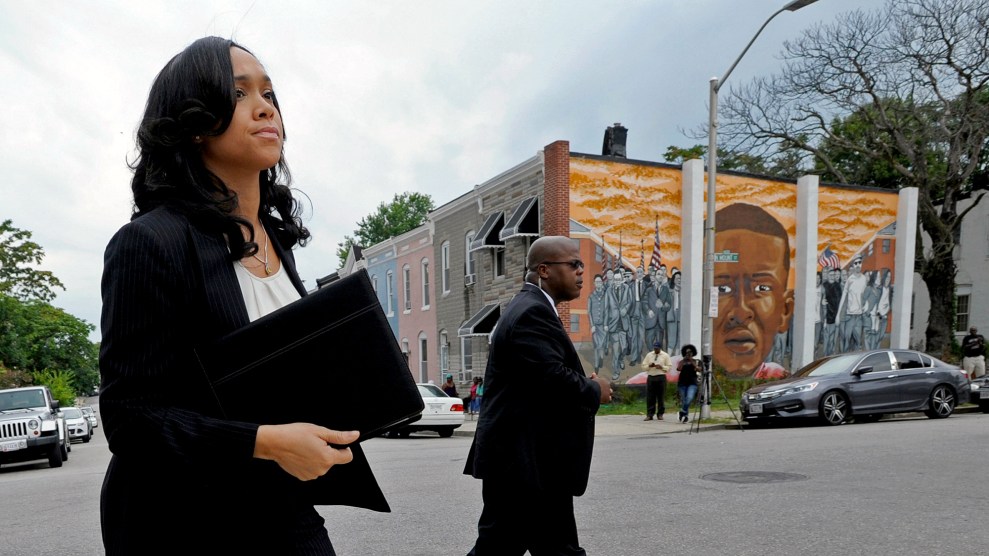 In late July, Baltimore State’s Attorney Marilyn Mosby dropped all remaining charges against two officers awaiting trial in the Freddie Gray case and decided not to retry a third, after a judge acquitted three other officers on all counts related to Gray’s death. The decision closed a chapter on a case that was a focal point for the Black Lives Matter movement. But although the criminal case is over, both the state’s attorney’s office and Baltimore police officers are still grappling with the consequences of the failed prosecution. Here’s how:

The six officers charged in Gray’s death will now face an internal affairs review. Led by the Montgomery County Police Department, the reviews—which can move forward now that the criminal cases have been concluded—will determine whether the officers’ actions violated department policy, and whether the officers can return to patrol duty. Such reviews can take several months to complete, however, and an analysis of cases by the Baltimore Sun found that 9 of 10 misconduct allegations investigated by Montgomery County Police Department do not result in officers being reprimanded. The officers will remain on paid administrative duty until the reviews are complete.

Several officers have sued Mosby for defamation and false arrest. At least five of six officers charged in Gray’s death have filed civil lawsuits against Mosby and Major Sam Cogen, the Baltimore sheriff’s commander who signed the charging documents in the case. Collectively the lawsuits seek more than $3.5 million in damages for charges including defamation, false arrest, false imprisonment, and federal civil rights violations—among their allegations is that Mosby charged the officers to appease Black Lives Matter protesters. They also allege that Mosby did not investigate the case as thoroughly as she had initially claimed, and that she deliberately made false statements about officers’ culpability at the press conference where she announced the charges. (Legal observers have said the chances of the suits succeeding are slim because prosecutors generally enjoy immunity from being sued, and the bar the officers’ attorneys would have to meet—showing that Mosby acted with malice—is high.)

Some people want Mosby banned from practicing law in the state of Maryland. At least two complaints have been filed against Mosby with the Maryland Attorney Grievance Commission in an effort to have her disbarred. Ralph Jaffe, who ran for a Maryland Democratic US Senate seat earlier this year, wrote in a recent Baltimore Sun op-ed that he filed a complaint in May 2015 because Mosby’s decision to “placate the liberal agitators” reflected “recklessness and a lack of judicial responsibility” and strained the relationship between the Baltimore Police Department and the state’s attorney’s office. (A George Washington University law professor who filed a separate complaint against Mosby in June this year was previously involved in a successful effort to have a North Carolina district attorney disbarred after the failed prosecution of three Duke University athletes in a 2006 rape case.)

The Baltimore police union nearly doubled its membership dues this year to cover legal expenses for the officers charged in Gray’s death. The local Fraternal Order of Police spent about $800,000 last year on legal fees—the vast majority on the Gray case—and was “quickly becoming insolvent” as a result, FOP President Gene Ryan said. Although charges have been dropped and related expenses are expected to fall sharply, according to Ryan the union will continue collecting the increased dues as a precaution against future “malicious prosecution” of other officers by Mosby’s office.