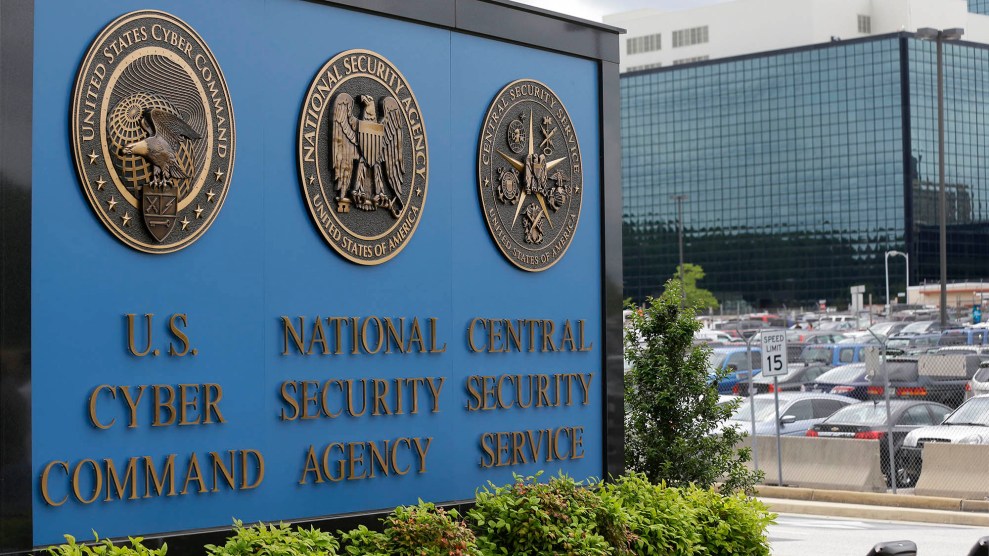 The NSA, responsible for intercepting communications around the world, appears to be the latest victim of hacking, at least indirectly, according to multiple news reports. A group calling itself the Shadow Brokers released a series of files on Saturday that contained the code behind some powerful hacking tools developed by an NSA-linked group. Those tools have been used to carry out cyberattacks on other governments and private corporations across the world over the last 20 years, according to Forbes.

The Shadow Brokers released a series of files that included installation files and descriptions of networks used for a number of different hacking tools that they claimed to have stolen from the Equation Group—the name security researchers gave to a group of hackers who deployed cyberweapons on behalf of the United States and other Western governments. This group was unmasked in early 2015 by Kapersky Labs, a Russian security research firm. The Equation Group is believed to have been affiliated with the NSA and other Western intelligence agencies, according to security researchers, and is perhaps the most wide-ranging and successful hacking group ever publicly discussed.

The NSA did not respond to requests for comment about the alleged hack.

By claiming to reveal the inner workings of the NSA, the hack is seen by some as the latest salvo between Russia and the United States, after US officials accused Russian hackers of breaking into files belonging to the Democratic National Committee and other Democratic groups and officials in an attempt to aid Republican presidential nominee Donald Trump.

The Shadow Brokers claimed they would release all the files in exchange for 1 million bitcoins (about $560 million) and posted a message in stilted English claiming to have stolen the files from the Equation Group. The message also slammed the “Elites” of the world and said the hack shows that those in control aren’t as powerful as they might think:

According to Forbes, the Shadow Brokers released 60 percent of the files they claim to have stolen from the Equation Group and were auctioning off the rest to the highest bidder. The hackers claim that anybody in possession of the files could use them for their own means, but it’s unclear to what degree that’s actually true.

Several security researchers have said the hack appears to be real. The security researcher known as “the grugq” told Motherboard that the proof files posted “look pretty legit.” Former NSA contractor Edward Snowden noted in a tweet that the hacking of an “NSA malware staging server is not unprecedented, but the publication of the take is.”

Snowden, who is still in Russia under the protection of the Russian government, explained that just as the NSA hacks foreign governments, those governments hack the United States as well. In this case, rival governments may be demonstrating that they’ve done just that, Snowden wrote, adding that he suspects “this is more diplomacy than intelligence, related to the escalation around the DNC hack.”

13) TL;DR: This leak looks like a somebody sending a message that an escalation in the attribution game could get messy fast.