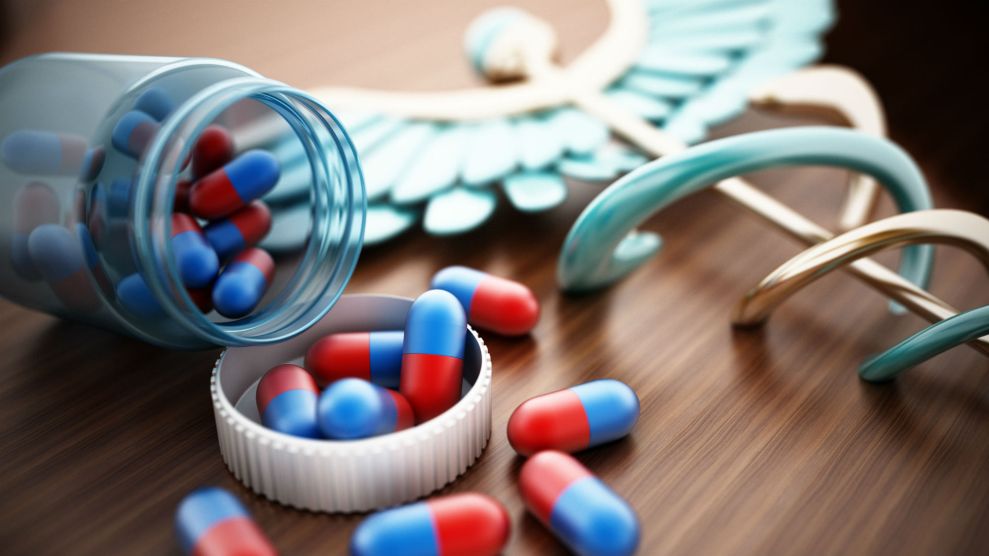 Under the guise of protecting women, anti-abortion legislation in six states required physicians to administer medication abortion—mifepristone—using outdated dosage recommendations from the Food and Drug Administration. The sad irony is that the laws have actually harmed women who were forced to comply.

Arizona, Arkansas, North Dakota, Ohio, Oklahoma, and Texas all previously passed legislation requiring abortion providers to adhere to the outdated dosage when administering medication abortion. (Only three of those laws in Ohio, North Dakota, and Texas remain. The rest have been struck down by court order.) Typically, doctors prescribe 200 milligrams of Mifeprex (or mifepristone) and 800 micrograms of misoprostol for a medication abortion. That’s different from the amounts the FDA originally approved when RU-486 first appeared on the market in 2000. It’s important to note that adjustments are common in medicine as clinical trials progress that tell physicians more about how a drug interacts with the human body. These laws left no room for such tweaking.

“As clinical research and clinical trials continue, women in Ohio and Texas and North Dakota won’t be able to avail of the latest research,” said lead study author Ushma D. Upadhyay, associate professor of obstetrics, gynecology, and reproductive sciences at UCSF and ANSIRH. “I’m really excited about the future of medication abortion, and it worries me that women in these states will be left behind.”

In March, as Mother Jones previously reported, the FDA approved updated information for mifepristone that changed the dosage from 600 milligrams to 200 milligrams. The lower dosage is less expensive for patients and comes with fewer side effects. The FDA also adjusted its requirements for when the pill can be taken—up to 70 days after a woman’s last period, as opposed to the original 49 days.

Ohio women also were more likely to have to revisit their physician after the restrictions were in place: After a patient took the post-law dosage, she required additional treatment, either another dose of mifepristone or an aspiration abortion. The percentage of women who received a medication abortion and needed an extra dose or an aspiration rose from 4.9 percent to 14.3 percent after the law went into effect. The rate of incomplete or possibly incomplete abortions also increased from 1.1 percent before the law to 3.2 percent after it. After the law, there was also a 48 percent increase in women who also required two or more follow-up visits after taking the pill.

“Laws like Ohio’s limit physicians from practicing medicine based on the latest evidence and providing the highest quality of reproductive health care to women,” said study co-author Lisa Keder, associate professor of obstetrics and gynecology at Ohio State University.

The new FDA regulations may help Ohio women because the law allows practitioners to use the new, updated FDA regulations, but it prohibits them from making adjustments based on new clinical research. Medication must be dispensed according to FDA recommendation, period, so should additional research about medication abortion come to light, Ohio doctors will not be able to change their practices. Ohio does currently follow the updated dispensing recommendations from the FDA, but with more clinical trials, doctors tend to learn more about what dosage is most effective. The FDA can’t move fast enough to keep up with that research, so it’s common for doctors to administer medication based on more current research.

“This is a perfect example that shows what can happen when legislation is not based in evidence, when scientific data aren’t used to inform health care policy,” said Upadhyay. “When that happens, there’s a potential for outcomes to be worse for women’s health.”