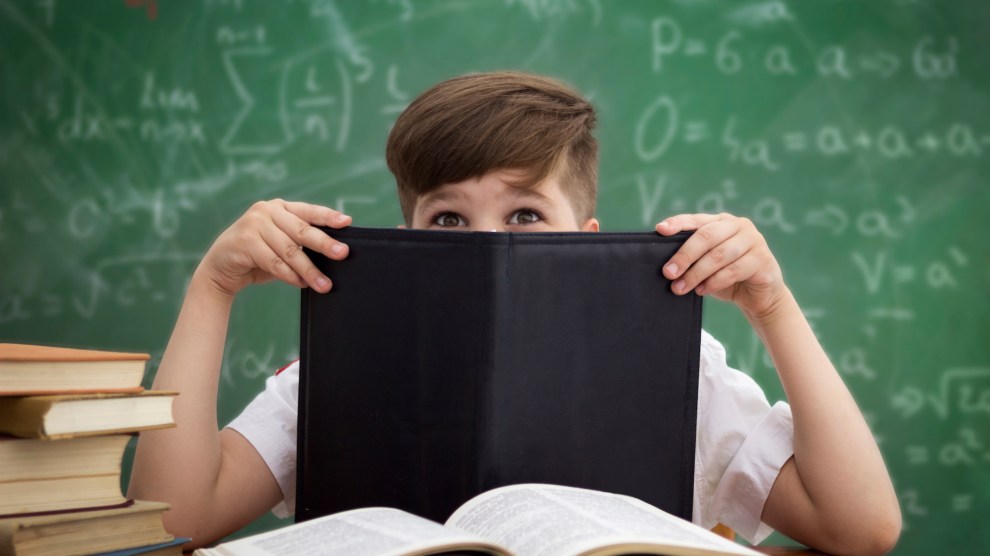 Five years ago, budget cutbacks in the Fresno Unified School District put an end to “Sociology for Living,” a half-year course for ninth graders—and the only mandatory class taught in the 74,000-student district that involved sex education. Fresno has some of California’s highest rates of gonorrhea and chlamydia, plus the sixth-highest teen birth rate in the state. Yet school officials dismantled the curriculum, according to an investigation by the Fresno Bee, passing off lessons from the class, including HIV prevention, to other teachers. They explained the cut as a way for students to fit more AP classes and electives into their schedules.

A local teen pregnancy prevention group, Fresno Barrios Unidos, soon began a four-year effort to institute comprehensive sex education, according to executive director Socorro Santillan. They met with school board officials and trained youth to advocate comprehensive sex education in their high schools. But only after California passed the Healthy Youth Act in October 2015, making sex education mandatory in all districts, were they able to reach an agreement with the district. Classroom teachers would cover basic lessons like goal setting and life planning, while Fresno Barrios Unidos volunteers would teach subjects that were, Santillan says, “a little more touchy,” like STDs and birth control.

When the Healthy Youth Act passed last fall, California joined 23 other states in requiring that all schools teach teenagers about sex. But California’s law goes further, mandating that comprehensive lessons start in middle school and include information on abortion, sexual assault, and sexual harassment. It’s also the only state to require sex education be medically accurate, age-appropriate, and culturally inclusive, without promoting religion. Sharla Smith, who has overseen HIV and sex education for the California Department of Education since 2005, calls the new law “the most robust sex education law in the country.” Most lessons will start this school year.

California’s law mandates that  lessons start in middle school and include information on abortion, sexual assault, and gender harassment.

There’s just one problem: The state has little way to ensure school districts teach to these new standards. While Smith heads a team that keeps in touch with counties and districts, the state stopped auditing districts for compliance about four years ago because of dwindling funding from the Centers for Disease Control and Prevention. “We’re trying to do the best we can by hook or by crook,” Smith said. “I literally just do not have the money.”

“How will we know that everyone is actually being taught this? Because the law has gotten a lot of publicity,” said Christopher Pepper, who oversees San Francisco Unified’s sex education program. “I’m hoping that leads to greater compliance.”

While districts like San Francisco and Los Angeles Unified have long taught comprehensive sex education and are simply tweaking parts of their curriculum or adapting existing lessons for middle school use, it’s a different story in poor, rural areas like the Central Valley, according to Phyllida Burlingame, who works on the issue for the American Civil Liberties Union’s Northern California office. With fewer resources and a more conservative culture, some of those districts have a history of ignoring even the state’s old, looser requirements. That was the case in Clovis Unified School District, which the ACLU sued in 2012 for inadequate sex education—including using a textbook that lacked a single mention of condoms. (A judge ruled against the district last year.) “School district administrators feel that this is a complicated and challenging subject and parents in their community may not support it,” Burlingame said. “They tend to self-censor what they teach.”

“School district administrators feel that this is a complicated and challenging subject and parents in their community may not support it. They tend to self-censor what they teach.”

Since 2003, the state has told schools that if they chose to teach sex education, they had to make sure lessons were comprehensive rather than focused on abstinence until marriage. Yet a 2011 survey from researchers at the University of California-San Francisco found that many school districts were not complying with the law. Forty-two percent did not teach about FDA-approved contraception methods in middle and high school, and only 25 percent mentioned emergency contraception. Sixteen percent told their students that condoms “are not an effective means” of protecting against pregnancy and sexually transmitted disease—an inaccurate statement, the study noted.

“California’s state financial crisis has eroded much of its network of valuable preventative health programs for young people, making schools one of the last strongholds for providing adolescents with comprehensive sex education,” the authors wrote. “Policies set at the district level may not correspond to the actual instruction taking place.”

After the financial crash, many schools also stopped teaching health classes or changed them from a graduation requirement to an elective, Smith says, and lessons on HIV and STD prevention were incorporated into science or English classes instead. Schools that dropped their health programs will not be subject to a second law, also passed last year, requiring health curricula to include information on affirmative consent—the “yes means yes” standard for consent on California college campuses.

Smith is optimistic, though, that schools will continue to react to rising STD rates among teenagers by implementing the comprehensive lessons required under the new law. “Schools have really been clamoring to teach more sex education, saying we need to do this for our students’ health,” she said.

Still, in the absence of state oversight, the task of ensuring that school districts are talking to kids about safe sex will fall to local groups like Fresno Barrios Unidos. And as the schools get back into gear for the fall and begin implement their lessons, the ACLU will be watching and lending support, Burlingame says: “Districts are aware of this new law and understand they should be implementing it. We’re counting on them to do so.”