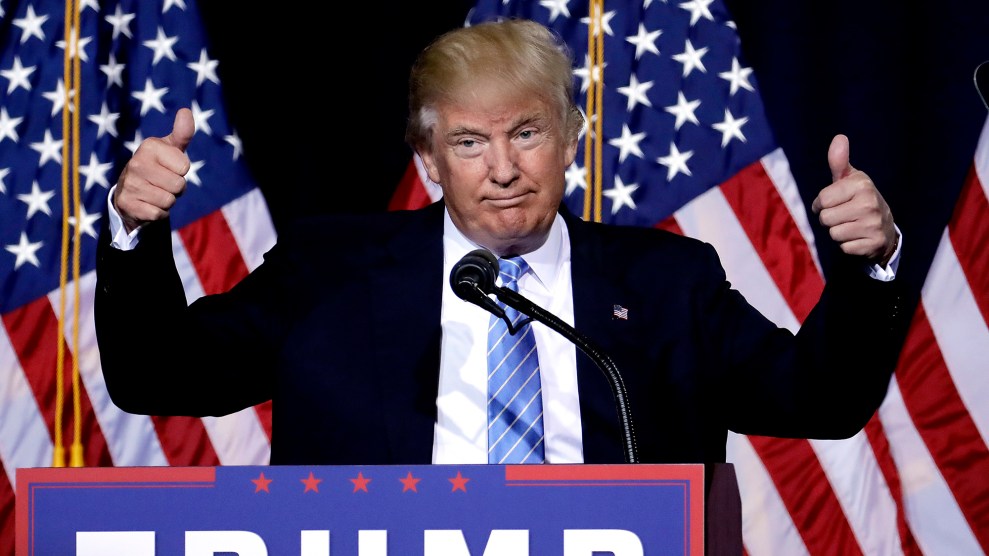 Donald Trump’s strategy of embracing mass deportation of undocumented immigrants this week may be firing up his base, but it could cost him support among Latino voters. The latest poll of Latino voters shows just how much of an uphill climb Trump faces in winning even a meaningful sliver of this crucial voting population in swing states like Nevada and Florida.

Hillary Clinton leads Trump among Latino voters 70 percent to 19 percent, according to the new poll by Latino Decisions, a polling firm that specializes in surveying the Latino community. The poll, released Friday, was conducted before Trump abandoned his so-called softening on immigration and recommitted to his hardline approach in a speech in Arizona on Wednesday. It actually shows him doing better among Latinos than a poll earlier this year, but his support could erode further after his latest reiteration of his commitment to mass deportation and a border wall.

Four years ago, President Barack Obama won about 71 percent of the Latino vote, while Republican Mitt Romney took about 27 percent, according to exit polls. Romney, who embraced anti-immigrant policies in his Republican primary race that year, might well have beaten Obama if he’d performed as well among Latinos as George W. Bush, who won 44 percent in 2004.

Latino Decisions pollster Sylvia Manzano believes Trump’s 19 percent could slip in the coming weeks and months. “We may very well be looking at his high water mark,” Manzano told reporters on a conference call Friday hosted by America’s Voice, a pro-immigration reform group.

In April, the same firm found Trump’s support at 11 percent among Latinos. Manzano says Trump’s rise to 19 percent can be explained by Republican Latinos consolidating around their candidate after the primary. “People who are Republicans are saying, ‘I’m gonna vote for my candidate,'” Manzano said. The poll, she noted, was taken amid talk that Trump would moderate his position on immigration. “I think it’s likely that we are going to see this number drop a point or two…in light of the Arizona speech.”

Even the improved 19 percent figure is well below the number pollsters have long believed a Republican will need to win this November unless white voters turn out at historic levels. Latino Decisions believes a Republican presidential nominee would generally need about 43 percent to win—a nearly impossible number for Trump to reach at this point.

The poll surveyed 3,729 Latino registered voters between August 19 and August 30 and has a margin of error of 1.9 percentage points.